We love to garden here at the cottage.  It is something sacred that has been passed down from our grandmother.  She had been a part of our lives from the beginning and we were at her side always, cooking and growing things in the dirt.  It was just part of us and her since we could walk. 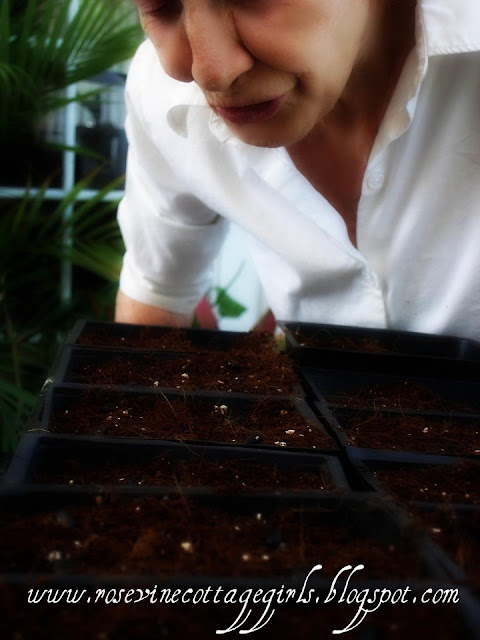 Grandma loved roses. She is the original Rosevine Cottage Girl! She was always picking out a pretty bush here or there.  Well, she bought some pretty climbing roses but the arbors, well let’s just say we have been needing another arbor for grandma’s climbing roses for awhile. 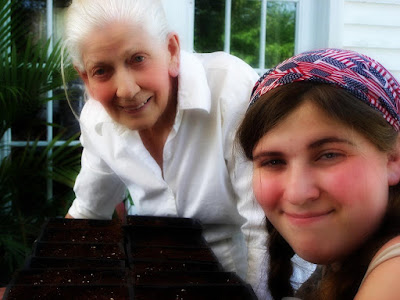 We have had arbors in the past but the wind would always get them and knock them down. 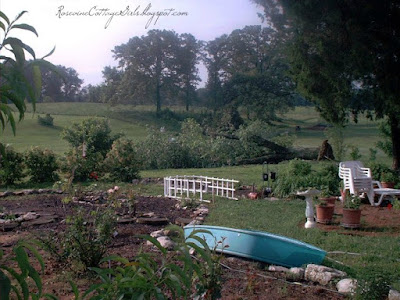 We put this up one day and that night boom they were gone… well along with that tree that you can see in the background. This was a scary one! We were huddled in the basement wondering why we moved to Middle Tennessee.  You heard a great big WOOSH and then dirt and debris blew under the house between the walls and the foundation and rained down on us. 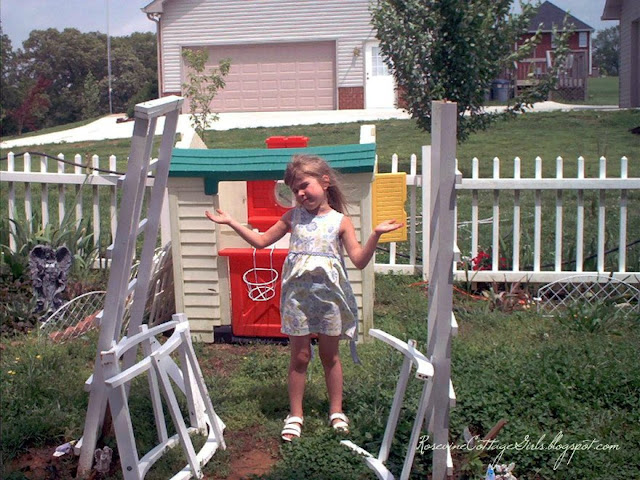 Dad wouldn’t let us out that night, but let me tell you, I was not a happy girl. Here I am with my arbor down and my house without a roof.

Then we tried these other ones that we just fastened to the fence, but they were not adequate to the job. The roses quickly would grow up and over and around!

Next we tried to just train them on the fence, but it never did quite right. 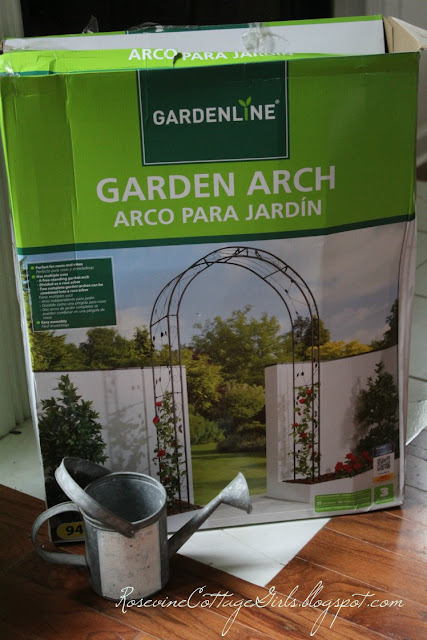 We love a good deal at the cottage so while we were out shopping for some organics at our local Aldi store we found this garden trellis there.  It seemed like a pretty good deal at $29.99 so we purchased it.

It was the last one there and looked like it had been opened previously.  It was a cold and rainy day so we decided to put it together in the living room (doesn’t everyone?).  They have it so that you can hook two together to make a gazebo or they have L- brackets so you can even hook half of them to a wall or fence.

The directions were pretty clear cut and each section had 3 bolt and nut pairs that held it together.  We went along and finger tightened them first and then went back with the tools and tightened them. 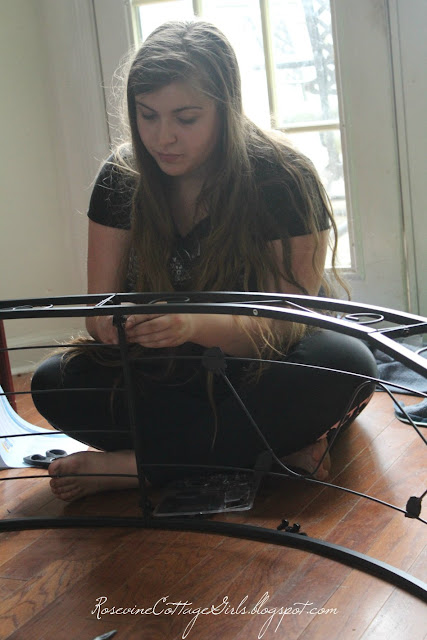 We put the end pieces with the spikes that go in the ground on last out on the deck when there was a lull in the weather so we didn’t get hurt getting it out the back door. We were worried it would be too narrow for the spot but when we carried it over, it looked pretty good. 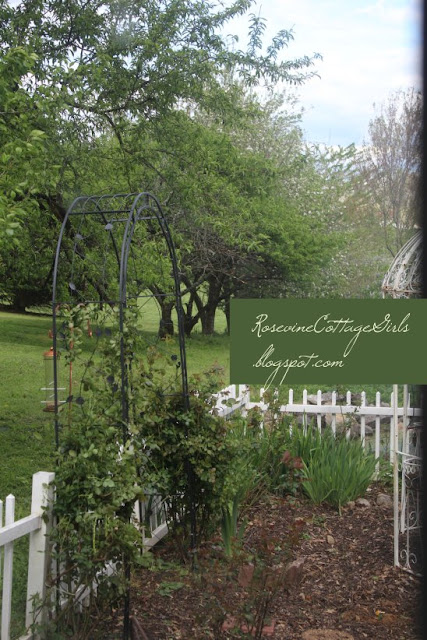 We used to have a gate here so the neighbor could come and go easily and so that might be the next big project to tackle, making a double gate here.

I think we will have to anchor it further because we get really high winds here sadly but I like the way it looks.

We took the time to take the bush and tie the branches training them to climb up the arbor.  I think grandma would be happy to see her roses on this. What do you think?

These bushes are COVERED in buds so I hope that the weather will behave.  It got down in the upper 30’s last night but there was talk of … I can’t get myself to even say it. Pray for good weather tonight.  I am trying to make the rose garden beautiful for Gram.  I know she is no longer here with us, but I want to honor her memory and make it beautiful – God willing. 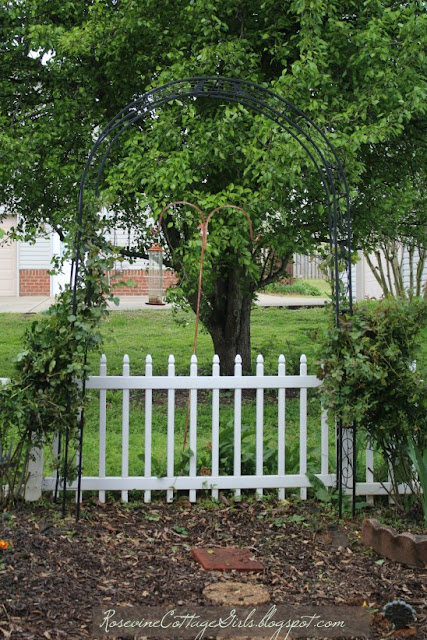