We came across the village of Amöneburg on our trip to Marburg and back.  We found a ruin of a castle there and wondered what it was.  When I got back to my hotel the lady there told me that it was Amöneburg.

The Amöneburg Castle was built in 1100 AD at the top of a basalt hilltop amidst a quaint village by the same name.

The village market square is today was set up in the 1700’s. 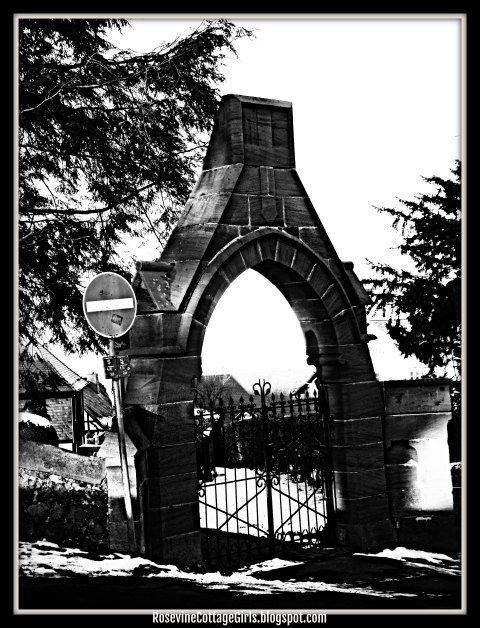 Here is a topographical drawing from 1655 by Mattaus Merian that shows the size of the castle and the layout of the countryside.  It must have been so beautiful.

Before this, the area was once a Celtic settlement long before the castle was here. 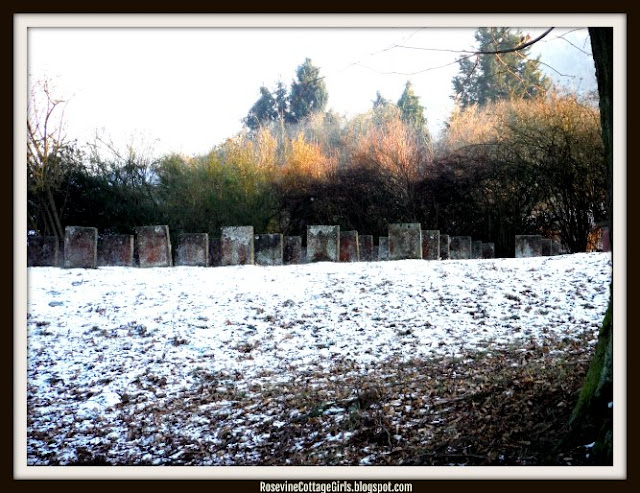 There are also several towns that are here that have been abandoned that you can explore.

The archeological discoveries here have found evidence of a “new stone age” communities. 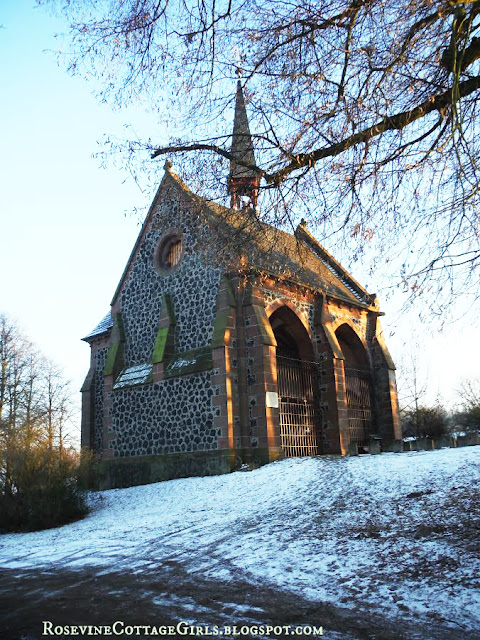 Earlier missionary groups came to this area as missionaries to the early Germans.  They worshiped Thor, Odin, Freya, and other Norse gods.  but not until the 8th century was this a major effort to bring Christ to this part of the world.  Saint Boniface or Winfrid as was the name he was baptized was born in Devonshire England to a Christian family of nobility in about 1680.

When Winfrid was a small boy he enjoyed listening to the monks visiting his family home speaking and was drawn to the ministry. His father had great dreams for this bright boy of his that did not include the ministry but after a serious illness Winfrid was sent to the abbey of Exeter that was in a neighboring village for his education  Later he went to the abbey of Bursling to finish his education and when he was finished there at the abbey they made him head of the school. His teaching was wildly popular and his students took copious notes that were copied recopied and shared.

When he was thirty he was ordained as a priest and would add preaching to his duties.  Although his popularity in Europe made for an easy journey in the ranks of the church God called him to other lands and a journey not so easily won. He sought out his superior with his desire for missionary work and when in his 40’s he gave up his successful career and headed out on the mission field.  He sought an audience with the Pope Gregory II for a commission in 718.  The Commission received and his new name Boniface he headed to over the Alps through Bavaria and through Hesse the following spring.

The church in Bavaria was strong and healthy so he continued on the Thuringia and there he found an established but corrupted with many of the priests that had gone into paganism so he tried to bring reform to the church there which results were not what he was completely pleased with.  From there he heard of the death of the King of Friesland that had been persecuting the church. He went to help another missionary for three years and the aging man begged him to stay and help him but he felt called to the unchurched.   He moved on to Hesse in the year 722. 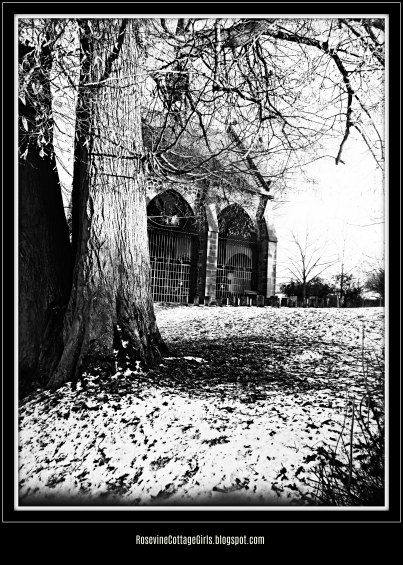 He witnessed to two chieftains there Dettic and Deorulf who had already been baptized at some point but had not had any instruction.  Under his teaching, they became devoted Christians and spread the gospel.  They gave him a grant for this land that you are seeing and later he built a monastery the ruins which you can still see and tour.

Because of his excellent work, the Pope upon hearing all of the gains for Christ called him back to Rome to be made a Bishop over the area where he had been working to spread the good news of Christ.  The pope also gave him a letter to present to the Frankish King Charles Martel. On his journey back to Bavaria he stopped and gave the letter to Charles Martel and received a notice of protection from the King.

This gave him courage and on his way back to Hesse he stopped at Fritzlar which is today less than an hour drive to the N.E. of Amoneburg he called together the pagan chieftains. At this time worship was largely centered around sacred trees where the people would gather, worship and give a sacrifice.  In Fritzlar this place was the giant oak of Geismar also called Thor’s Sacred Oak that sat on the summit of Mt. Gudenberg.  This tree was supposed to be sacred to Thor the god of thunder.

Boniface saw that the people were drawn to Christianity but they could not leave behind the pagan rituals. So Boniface called them there and with an ax chopped down the sacred tree.  They say that the tree split into four pieces and fell in the shape of a cross.
The village people were horrified and thought that Boniface and his friends would at once feel the retribution of their god and be punished but when nothing happened they were in awe.  Thor could not even protect his own place of worship.  To show the victory of God Boniface had a church built there on that spot out of Thor’s oak tree and the gospel spread across Bavaria. The church that sits there today is St. Peter’s Church in Fritzlar Germany. 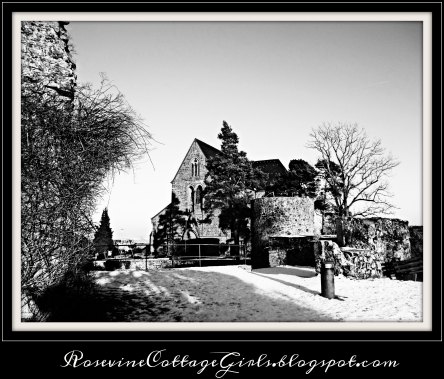 Tradition tells that Boniface used a small triangular tree Tannenbaum or evergreen tree to teach about the Nativity and the Trinity and how the one true God sent his son to save us from our sins.

Later small fir trees were hung in homes and churches from the rafters since the 1100’s as a symbol of the Christian faith.  Sometime later people would decorate them with apples and sweet treats symbolizing the gift that God gave to mankind in his son Jesus.

Boniface was martyred in 754 on a missionary journey to Holland where he and his fellow missionaries were killed.

Photo of the Amöneburg: from the Topographia Hassiae by Matthäus Merian 1655 is in the Public Domain
* {{PD-US}} – published in the U.S. before 1923 and public domain in the U.S.
** {{PD-GermanGov}} – for public domain images from Germany statutes or other regulations.

Check out our other travel articles