David and Saul in the Bible are two well know Characters but they still have so much they can teach us. Their story and struggle is both sad and eye-opening with truth that can impact us today.  It’s the story of two powerful men and the choices that brought one down and the other from shepherd to King. 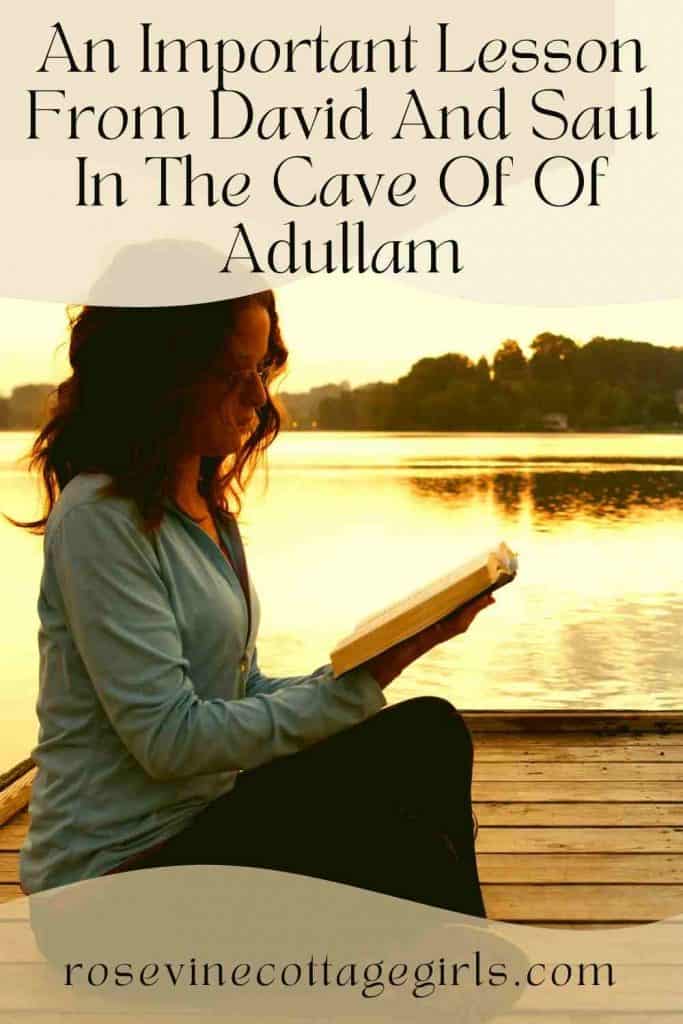 What Is The Story Of David And Saul?

It’s easy to honor our friends, to be kind to those who are nice to us… but when a family member or friend lashes out and tries to destroy us it suddenly becomes a very different story. This is where we find David in 1st Samuel. This is our David, the boy that fought the giant Goliath and won. The shepherd boy anointed a king. David, the harpist called to soothe Saul in his most tortured hours. The boy who became like a brother to Saul’s own son and given the hand of his daughter in marriage because of his amazing victory in battle.

What Was The Relationship Between Saul And David?

David was the “chosen” family of this King of Israel. But Saul suffered from terrible jealousy. After a day of battle, the women began to sing to the victorious Israelite army Saul has killed his thousands and David tens of thousands. This made Saul fly into a terrible rage and King Saul swears to kill David after years of loyal service. David hasn’t done anything to deserve this treatment and yet must flee for his life. In the following chapters, we find him wandering from place to place hiding from Saul.

Why Was Saul Jealous Of David?

Saul was jealous of David’s favor with the people, his skill as a warrior and attractiveness. The seeds of jealousy were sown as God’s hand of blessing became apparent on David and he began to have great success. Instead of this revalation being a wake up calling and bringing Saul back to God it sends him into the spiral that will eventually be his undoing.

The Danger Of Letting Jealousy Getting A Foothold

The story of David and Saul in the Bible shows us how dangerous jealousy can be in our lives. Jealousy can hijack your mind, poison your relationships, destroy your family, and, in extreme cases, even lead to murder. Not only will jealousy make us miserable, but it makes everyone around you miserable.

Why Did David Go To The Cave Adullam?

One of the key moments in the story of David and Saul is when David fleas from Saul who is trying to kill him and hides in the cave Adullam. As we come to verse 24 Saul returns from pursuing the Philistines and discovers that David is in the desert of En Gedi and that old familar beast raises it’s head and jealousy once again takes over.

David And Saul In The Cave Adullam

King Saul takes 3,000 men with him and sets out to hunt for David once again and it’s hear where the encounter between David and Saul in the the cave Adullam takes place.  At one point in the story, Saul comes into a cave, unaware that David and his men are hiding deep inside. David’s men urge him to kill Saul while he is unaware of their presence, so he slips up behind him.

What Did David Take From Saul In The Cave Adullam?

We find David and Saul in the Cave of Adullam and David faced with a choice. He could easily take Saul’s life, to end the persecution. Revenge may seem like a good idea in the moment when we are reeling and hurt. If anyone deserved it, it was Saul. Yet instead of killing Saul, he cuts a piece of cloth from his robe and Saul leaves the cave unharmed. David feels remorse for what he has done, he tells his men to not lay a had on Saul. When Saul leaves the cave David calls to him using the title “My Father” He said to Saul,

David And Saul: Choosing Honor Instead Of Revenge

David’s reaction is a much different reaction then many of us would have. There is no denying that their is a lot of hurt in the story of David and Saul. When we are wrongly hurt its easy to lash out and the one who has hurt us, it’s almost instinct. No one would have blamed David for taking his revenge out on Saul, in fact, his friends encouraged it. But David refuses to harm his one-time friend. He has the courage, the audacity to go against what people are saying and to honor. We are not responsible for others’ actions, but we are our own.

God had told David that he would deliver King Saul into his hands to do with what he will. David could have destroyed the king. David had the opportunity to injure Saul, to kill him. He could have spread gossip about the king’s mental illness, the fears that plagued him in the dead of night that could only be soothed by the sound of music. David and Saul had a long relationship, he’d seen this man at his weakest. David could have told the world of the times he’d been called to torment the demons that tormented the king. He could have tried to turn the people’s hearts against Saul, but he didn’t. He chose to honor the King and give it to God. God honored David for his decision.

God was long-suffering with Saul, He sent prophets and Godly men to try to turn this kings heart back to The King. But in the end Saul chose not to return to the Lord, and in doing so God’s hand of protection and blessing is removed and place on another. Because David had a heart after the Lord, and His commandments though he was a shepherd boy God annointed him King of Israel. Saul’s life of envy and anger ends in disgrace and David is lifted up because he was a man after God’s own heart.

What We Can Learn From David And Saul

There are so many great takeaways from the story of David and Saul, so let’s dig in a bit. Maybe you have the dirt on somebody, you hold the future of someone in your hands like this situation with David and Saul. What will you do, will you be like David’s son Absalom later in the story and air the dirty laundry at the “gates” or in modern times across social media and to our friends, seeking to destroy and get your revenge or will you make David’s choice to honor God above all else despite what others do, and surrender to God our need for retribution?

Do not take revenge, my dear friends, but leave room for God’s wrath, for it is written: “It is mine to avenge; I will repay,” says the Lord. Romans 12:19 NIV

David And Saul: Having The Audacity To Choose Mercy

In the end, when the dust has settled over the story of David and Saul in the Bible, Saul is the one who loses and David steps into His rightful place because he had the audacity to honor. To let God deal with Saul, and choose to seek Mercy over his own personal revenge. He’d been wronged greatly by Saul, over and over again and yet He still left this man in the hands of God.

Have the audacity to honor, in the midst of the attack, when everything inside of you wants to strike back and not let God deal with them. He knows what they’ve done, he knows the lies they’ve spun, the words whispered in the darkness, the plans to destroy you and He will deal with them in His time. Our job is to wait, honorably and trust God to handle them. To serve God, and look like Christ to the world around us. But our choices and reactions can disqualify us from what the Lord has called us to.

I will take revenge; I will pay them back. In due time their feet will slip. Their day of disaster will arrive, and their destiny will overtake them. Deuteronomy 32:35 NLT

What stands out to you in the story of David and Saul in the Bible?