Frauenkirche was built on the initiative of Charles IV Holy Roman Emporer between 1352 and 1362, who selected Master Stone Mason Peter Parter – who worked on the Prague Cathedral – for the building works.  Frauenkirche or “The Church of Our Lady” was built as a hall church with two aisles and a tribune for the Emperer.

The church contains 9 bays supported by four columns. One of the most notable features of the church is the mechanical clock installed in 1506  that commemorates the Golden Bull of 1356. The Holy Roman Emperor and the Prince-Electors are shown around the clock and it is most known for “The dance of the little men.”  Every day at noon the bell rings followed by drummer and trumpeters then two doors will open and  the prince electors walk past the emperor.  Everyone in the square below stops to watch. 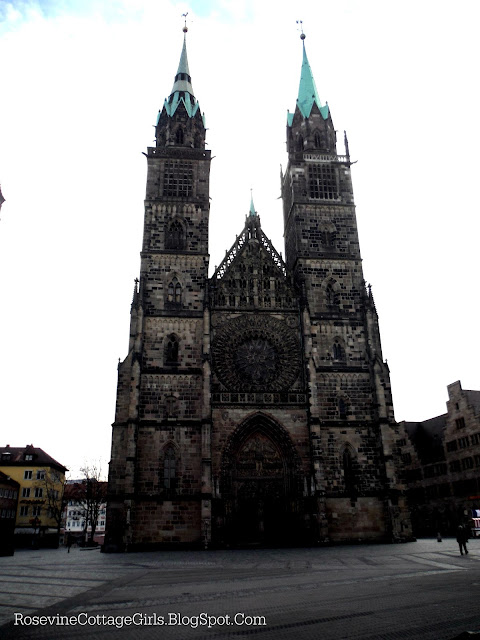 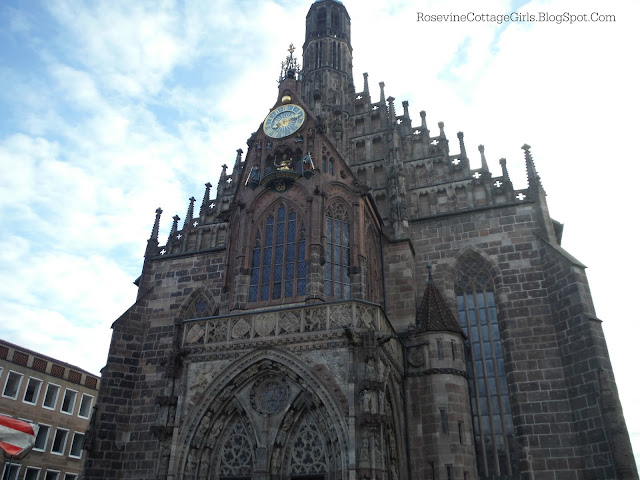 The earliest mention of the church dates back to 1442. Frauenkirche sits in the Grand Market in place of a Jewish synagogue destroyed during the Pogrom of 1345 after a black death outbreak.

The church houses many beautiful sculptures -some heavily restored- along with numerous works of art from the middle ages. 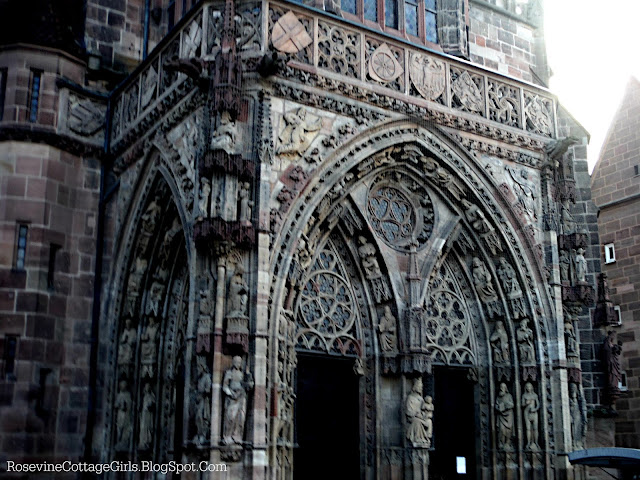 Charles IV son was baptized at this church in 1361.

The church is shown in Leni Riefenstahl’s 1935 propaganda film about the Nuremberg Rally as Hilter receives salutes from Nazi troops. 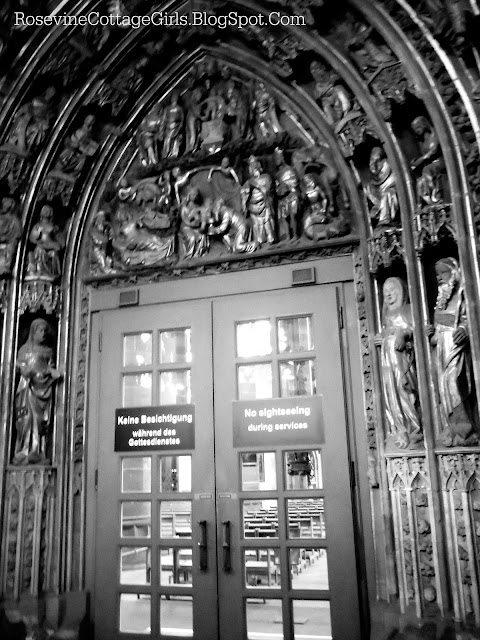 Since 1984 the balcony beneath the clock has been used for the opening ceremony of the Christkindlesmarkt the Friday before the first Sunday in Advent. This is one of the most famous Christmas Market’s in Nuremburg. It is one of Germany’s oldest fairs that dates back to the mid 1600’s. The first mention of the Christkindlesmarkt is in 1628. The idea of a KristKind goes back to the days of Martin Luther (of the protestant reformation). In his you gave gifts to children on December 6th (St. Nicholas Day). In order to remove the practice of the veneration of the Catholic saints Luther in his family would give his children gifts on Christmas Eve.  He would tell his children the “Holy Christ” brought their gifts and was in practice by the 16th century.  This gift giver began to take on the character of Christkind, a female Christmas Angel that would bring gifts to children on Christmas eve. A woman dressed as the Christkindle appears on the balcony of the church for the opening ceremony of the market.

The church was originally built to be a Catholic church in but changed to Protestant after the Protestant Reformation. It later reverted back to Catholic.

Contents hide
1 Battle of Nuremberg
1.1 Before you check out our other Germany travels:

The Battle of Nuremberg during  WWII was a 5 day battle between the British and US 7th Army and the Nazi’s and Russians.  On January 2, 1945, it was damaged by British bombs as the allies fought to capture Nuremberg. 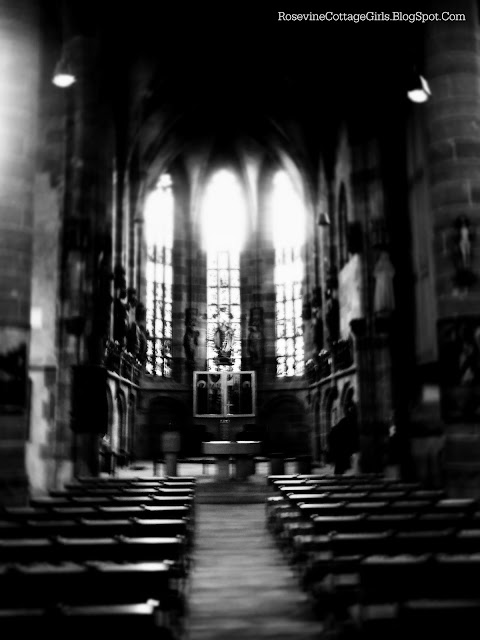 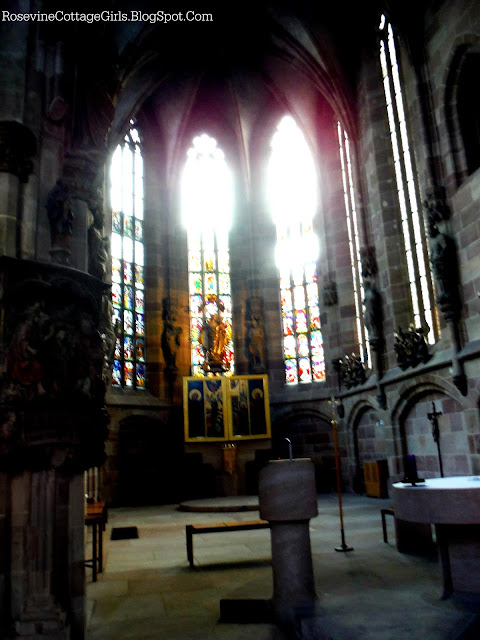