Here we are again exploring another church in this gorgeous city, today we are visiting St. Jakob.

St. Jakob was Founded February 20, 1209, by Holy Roman Emporer Otto IV.  The original small Romanesque chapel was demolished about 80 years later and a church built in its place. 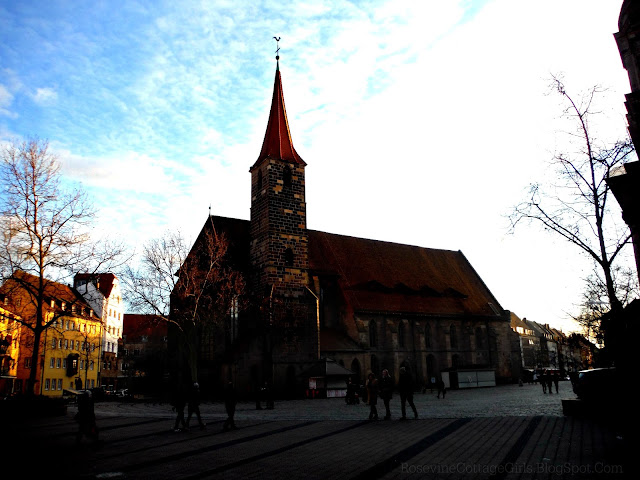 The church still contains the reredos (a screen or decoration placed behind the altar in a church often containing religious images) and a high altar that dates from between 1360-1370. During the Reformation the church of St. Jakob or St. James was one of the Protestant Churches.

In 1531 a preacher was intended but the church remained in possession of the Catholic Teutonic order. In 1632 during the 30 years war, King Gustav Adolf expropriated the Teutonic order and gave the church to the city which carried out extensive renovations. 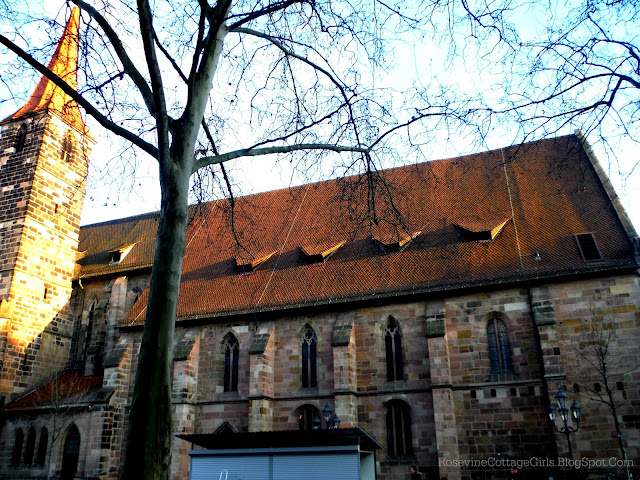 By the provisions of the treaty of Westphalia returned to the Teutonic Order in 1648, the order kept its hold over the church until 1809 when Napoleon Bonaparte ordered its dissolution. In 1810 St. Jakob became the third protestant church of Nuremberg. 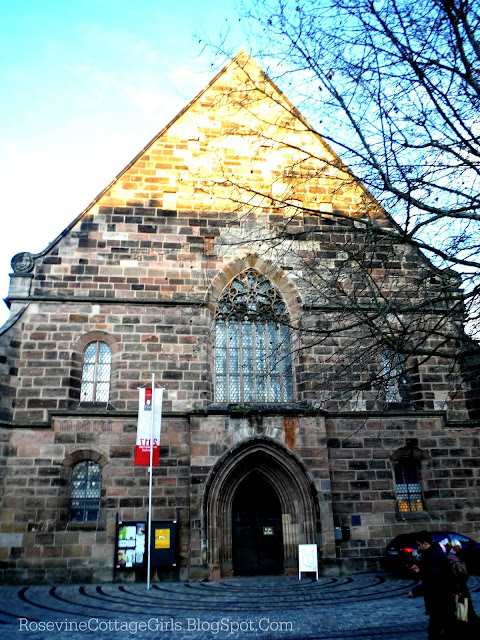 The church was damaged during World War II and later restored.

St. Jakob is dedicated to James son of Zebedee one of the twelve apostles of Jesus and the first to be martyred.