We are back in Nuremberg today, wandering the cobblestone streets and taking in the beautiful sights. It’s cold but so worth it to be able to explore this city, I could spend weeks here! Today we stopped by St. Lorenz or St. Lawrence dedicated to -you guessed it- St. Lawrence will come back to him in a minute but first I want to tell you about the church.

The nave of the church was completed around 1400. In 1439 work was begun on the church choir in the form of a hall church in the late German Sondergotik style of Gothic architecture. The choir was mostly completed by 1477 by Konrad Roriczer (though the intricate vaults were completed by Jakob Grimm). 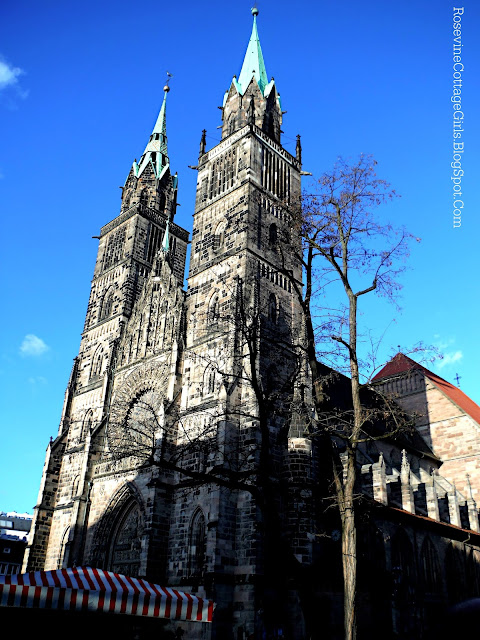 In the choir you can find the carving of the “angelic salutation” by Veit Stross and the “monumental tabernacle” by Adam Kraft (which includes a sculpture of the sculptor).

The building and furnishings were cared for by wealthy citizens of Nuremberg along with this city itself, which is probably why the art treasures were spared during the Iconoclasm during the Reformation Period. Despite the church becoming one of the first Lutheran churches in Germany in 1525. 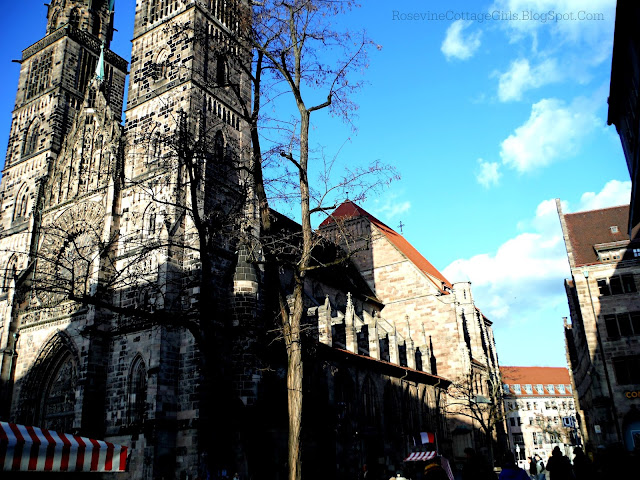 The church was badly damaged during world war II (you can read more about the city during WWII here) and later restored.

It’s namesake St. Lawrence or Laurence (thought to be born December 31 225 AD – August 10, 258 AD) was one of seven deacons of the city Rome under Pope St. Sixtus  II. He was martyred for his Christian faith under the Roman Emporer Valerian. 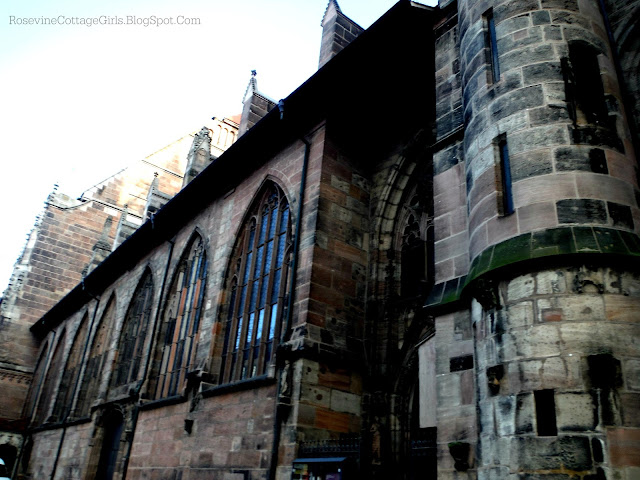 At the beginning of August Emperor Valerian ordered an edict that all bishops, priests, and deacons should be executed and their goods confiscated. Pope St. Sixtus was captured and the 6th of August and put to death leaving St. Lawrence in charge. The Roman prefect order St. Lawrence to hand over all of the churches goods. St. Lawrence asked for three days to gather the money, this the prefect granted.

But instead of using the time to gather the goods, he used it to give away as much as he could so it wouldn’t fall into the prefect’s hands. After the three days St. Lawrence returned to the prefect and when ordered to produce the goods he brought forth a party of poor, sick, blind and crippled and declared them the treasures of the church. One account records him declaring “The church is truly rich, far richer than your emperor,” 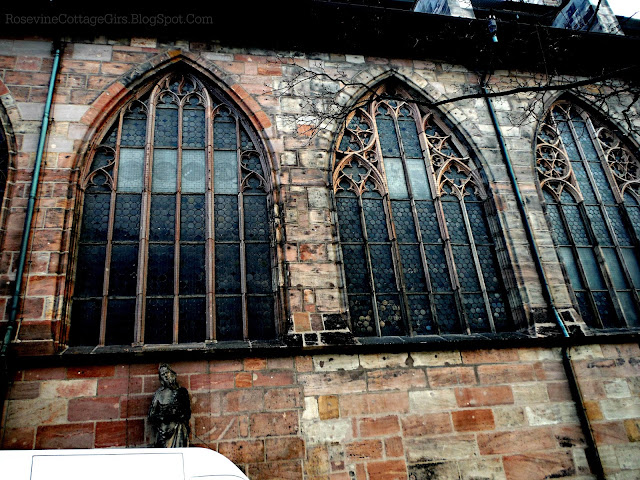 While in prison awaiting execution he baptized his fellow inmates.

In an account by St. Ambrose of Milan, St. Lawrence is said to have told the prefect “Behold the poor persons the treasures which I promised you; to which I add pearls and precious stones, those widows and consecrated virgins, which are the churches crown,” The prefect being furious ordered a gridiron prepared with a large bed of coals beneath it, and St. Lawrence placed on top of it. Legend says that after St. Lawrence had suffered a great deal he declared “I’m well done, turn me over,” however scholars debate if this was true or merely a translation error.

Because of his conspiring to hide and protect the written documents of the church, he is known as the patron saint of librarians and archivists.

What to read more about my trip to Germany? Check out all my travel logs.