Welcome back to Germany, Nuremberg is one of my favorite cities that I visited (actually it was third behind Istha and Weisenheim am Berg because my family lived in these towns). Seated on the river Pegnitz and the main-Danube canal it is the largest city in the German State of Bavaria after Munich. This is where we found ourselves heading, Nuremberg. I wish so much that I had more time in this city rich with history. 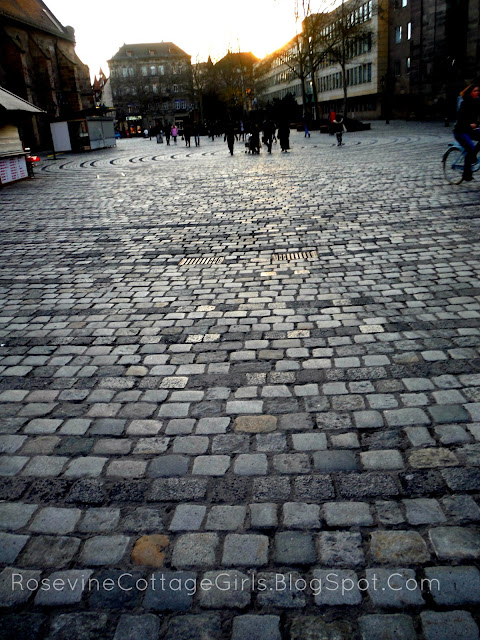 Contents hide
1 Friendly People At The Nuremberg Visitation Center
2 The Beginnings Of Nuremberg
3 Nuremberg Becomes Influential Trade Center
4 Pograms -Trouble For The Jewish People
5 One of The Three Most Important Cities in Europe
6 The Craftsman’s Uprising
7 Fights Between The Burgraves
8 Destruction Of The Castle
9 Hussite Wars
10 Disputes Arise
11 Nuremberg – The Protestant Reformation
12 Peace of Augsbury
13 Nuremberg in the 16th Century
14 Siege of 1632
15 30 Years War
16 Prussia Claimed Part Of Territory
16.1 Before you check out our other Germany travels:

Before I go any further I would like to thank the wonderful ladies that work at the Nuremberg Visitation Center who so graciously set us up with information maps, passes for the city and recommended the Hotel Keiml for my traveling companion to spend the night. The lady who runs the hotel was very nice and gracious. If you are going to be in the area I highly recommend staying here! 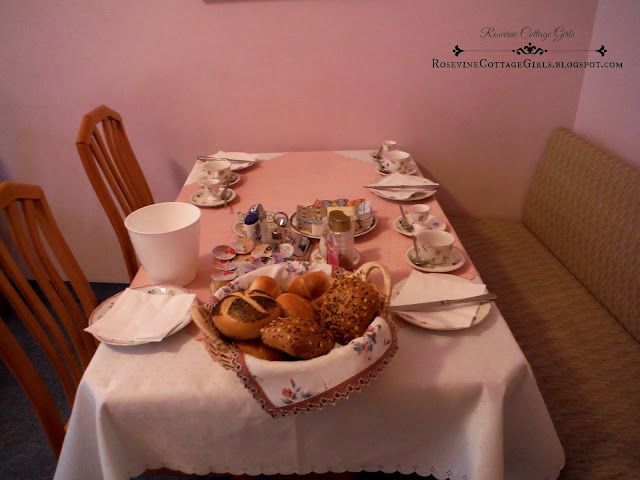 The Beginnings Of Nuremberg

The earliest mention of this beautiful city Nuremberg was in 1050 the location of an Imperial Castle between the east Franks and the Bavarian March of the Nordgau. 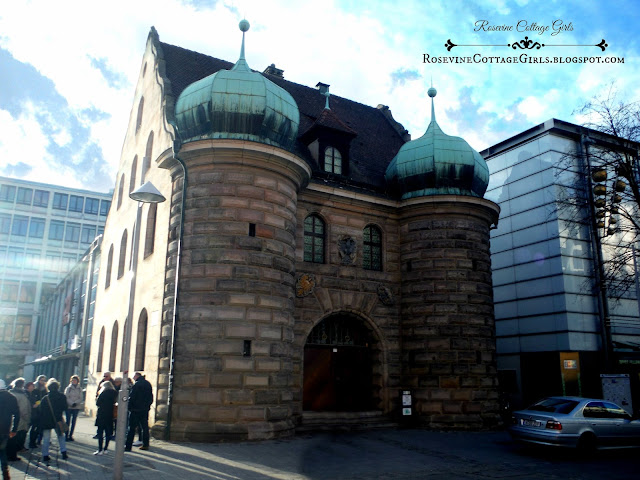 Between 1050 and 1571 the city expanded and became influential sitting on key trade routes. Nuremberg is often referred to as the unofficial capital of the Holy Roman Empire, partially due to the Imperia Diet –Reichstag and courts met at Nuremberg Castle. 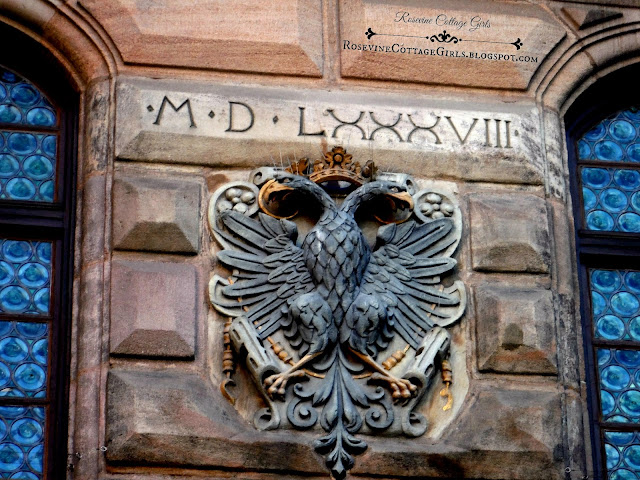 In 1219 Frederick II granted the Great Letter Of Freedom which included town rights, Imperial immediacy and the privilege to mint coins and independent costumes policies. Nuremberg quickly became one of two great trade centers on the route between Italy and North Europe. 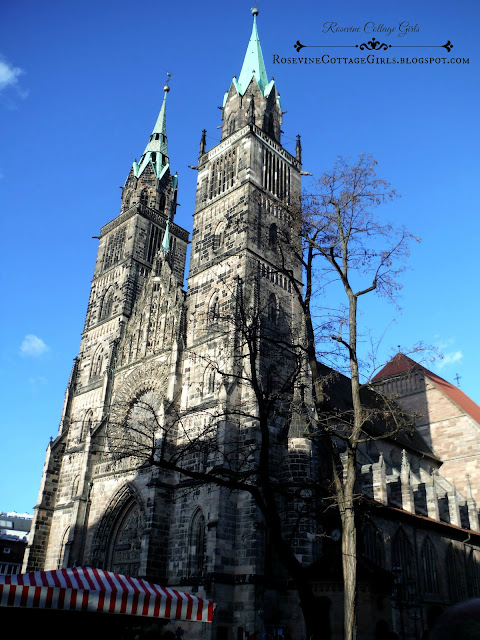 Pograms -Trouble For The Jewish People

In 1298 the Jewish people living in the city were accused of desecrating the host –or sacramental bread- as a result 698 were killed in one of many Rintfleisch Massacres. They suffered many such massacres during the Black Death plague years. 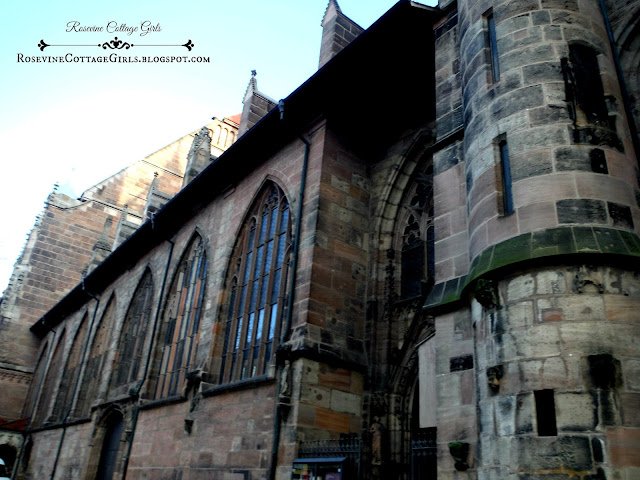 In 1349 Nuremberg’s Jewish population was again under fire, subjected to a Pogrom. Burned at the stake or expelled. Later a market place was built over the Jewish quarter. 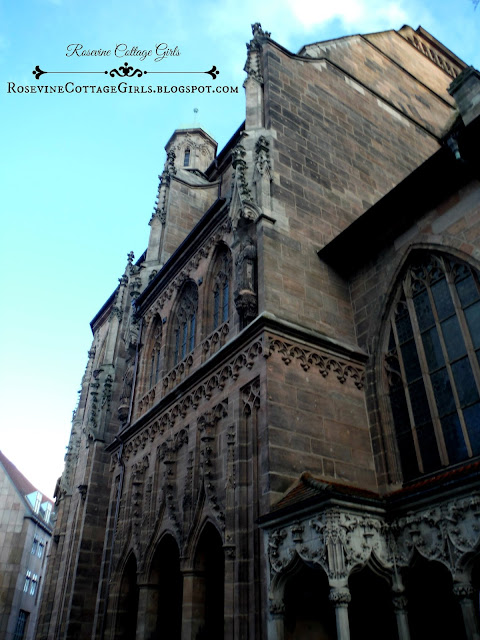 One of The Three Most Important Cities in Europe

The largest gains for the city were during the 14th century, Charles IV of the Holy Roman Empire’s Golden Bull of 1356 (a decree issued by the Imperial Diet at Nuremberg and Metz which fixed for more than 400 years important aspects of the constitutional structure of the Holy Roman Empire it was named for the golden seal it carried) which named Nuremberg as the city where newly elected kings must hold their Imperial Diet making it one of the three must important cities in the Empire. 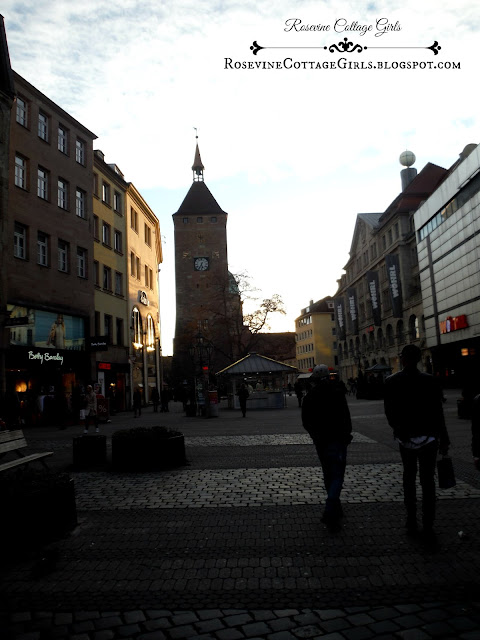 In 1349 the members of the guilds unsuccessfully rebelled against the Patricians in the Craftsman’s Uprising. Supported by merchants and some councilors it lead to a ban on any self-organization of the artisans in the city and abolished the guilds that were customary across Europe. Unions were dissolved and Oligarches remained in power while it was a free city. 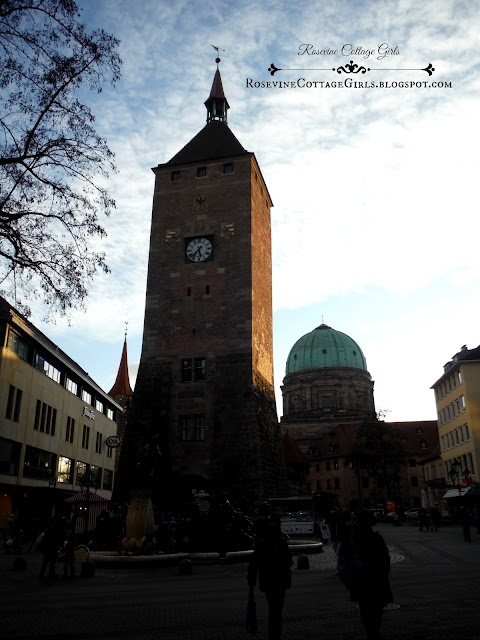 Charles the IV conferred the right to form alliances independently, placing the city on a politically equal footing with the princes of the empire. Meanwhile frequent fights broke out between the Burgraves none left lasting damage on the city. 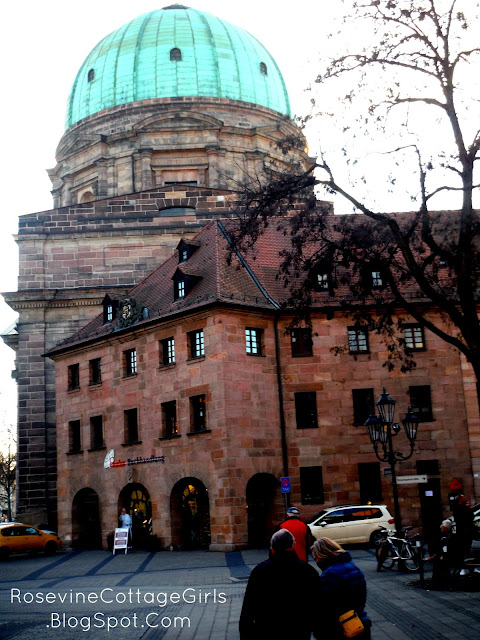 Destruction Of The Castle

The castle was destroyed by fire during a feud between Fredrick IV (the Margrave of Brandenburg since 1417) and the Duke of Bavaria-Ingolstadt in 1420. The ruins and surrounding forest were purchased by the city in 1427. 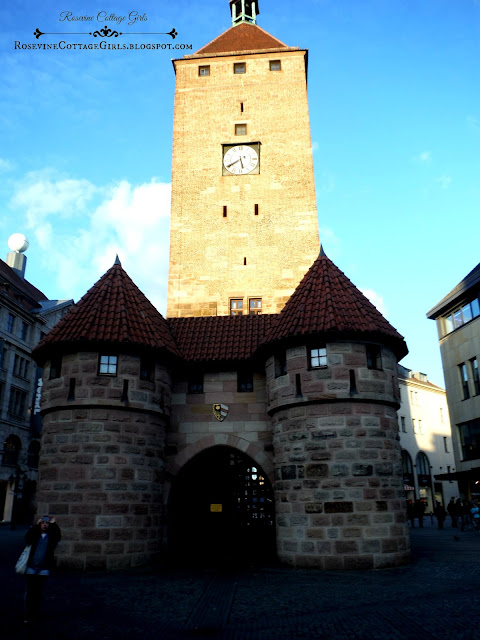 The Hussite Wars (also known as the Bohemian Wars or Hussite Revolution) were fought between the Hussite’s and various European monarchs who sought to enforce the authority of the Roman Catholic Church on them and different Hussite fractions lasting between 1619 to about 1434. The Hussite community included most of the Czech population of the kingdom of Bohemia and formed a major military power. They defeated five crusades against them declared by the pope in 1420, 1421, 1422, 1427 and 1431. The fighting ended when the moderate Utraquist fraction defeated the radical Taborite fraction. The black death put in another appearance in 1437 that and the first Margrave War led to a severe drop in the population in the mid-15th century. 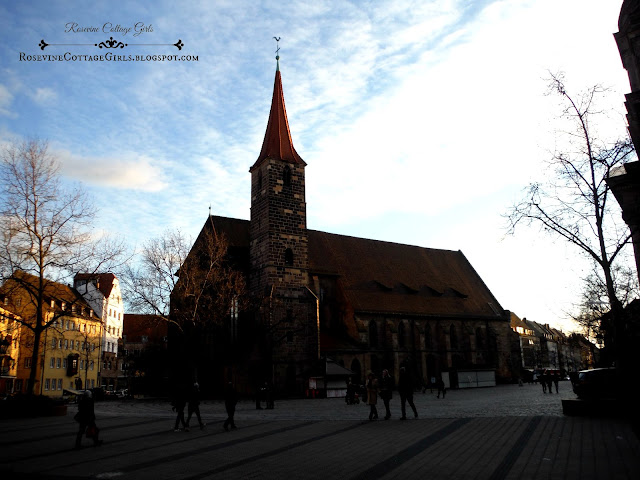 At the beginning of the 16th century the city sided with Albert IV Duke of Bavaria – Munich in the Landshut War of Succession the result of a dispute between Albert and the Bavaria-Landshut, an earlier agreement between different Wittelsbach lines. The treaty of Pavia struck in 1329 concerning the Law of Succession and stated that if one branch should become extinct in the male line then the other would inherit disregarding imperial law stipulating the Holy Roman Emperor would inherit. 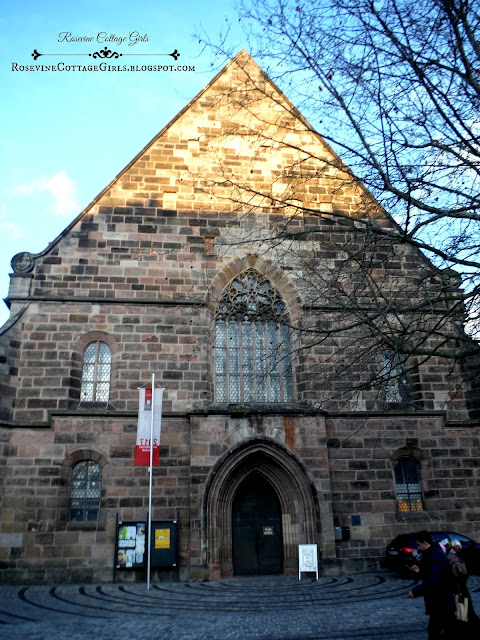 George Duke of Bavaria-Landshut and his wife Hedwig Jagiellon had no sons, so the Duke in breach of laws named his daughter Elisabeth his heir. The war ended in 1505 with the death of Elisabeth and her husband. Nuremberg gained substantial territory after this. 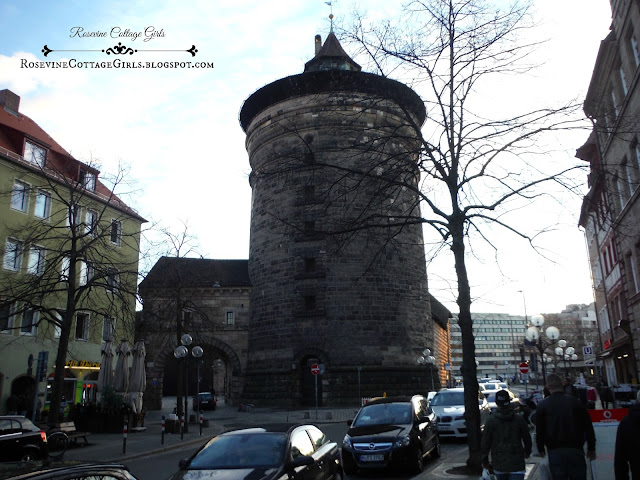 The cultural flowering of the Nuremberg in the 15th and 16th centuries made her the center of the German Renaissance. In 1526 Nuremberg accepted the Protestant Reformation and in 1532 the religious Peace of Nuremberg by which Lutherans gained important concessions was signed there. During the 1552 revolution against Charles V, Nuremberg tried to purchase its neutrality but the city was attacked without a declaration of war and was forced into a disadvantageous peace. 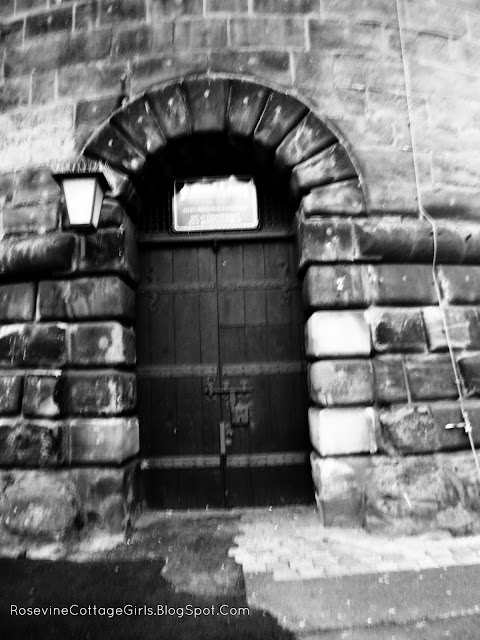 At the Peace of Augsbury – a treaty between Charles V and the Schmalkaldic League signed on the 25th of September 1555 it officially ended the religious struggle between the two groups and making a legal division of Lutherism or Roman Catholicism as the official confession of their state. 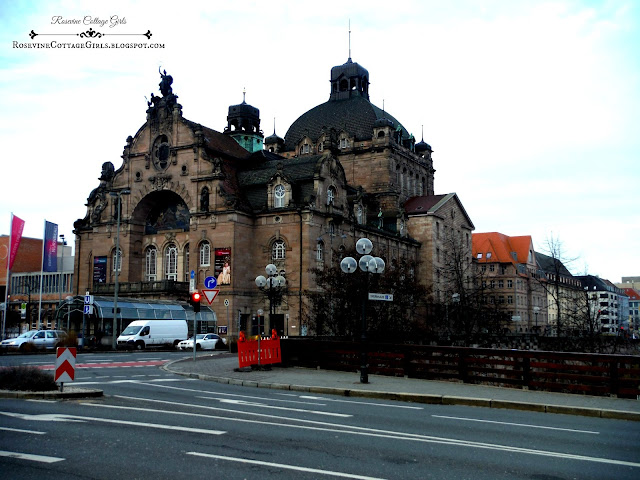 Nuremberg in the 16th Century

The 16th century saw increased trade routes elsewhere and ossification of the social hierarchy and legal structures contributed to the decline in trade. The frequent quartering of Imperial Swedish and League Soldiers the cost of war and cessation of trade cause irreparable damage to the city and cut the population in half. 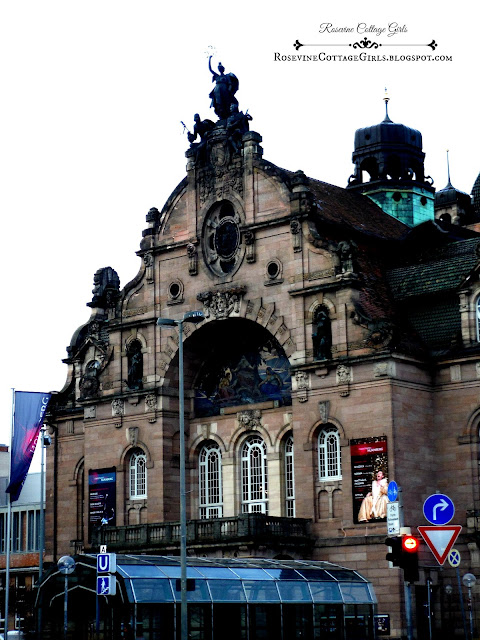 In 1632 the city was besieged by the army of Imperial General Albrecht Von Wallenstein. After the war the city declined only to reclaim it’s importance in the 19th century as an industrial center. 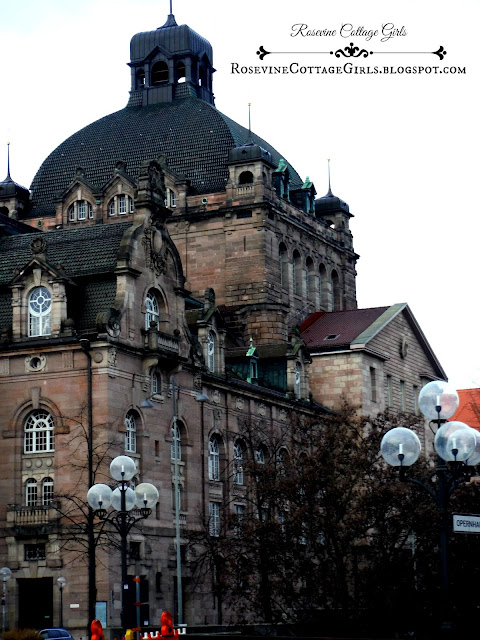 After the 30 Years War Nuremberg sought to remain detached from the external affairs but contributions were demanded for the war of Austrian Succession and 7 Year War. Restrictions on import and exports deprived the city of many markets for its manufactures. 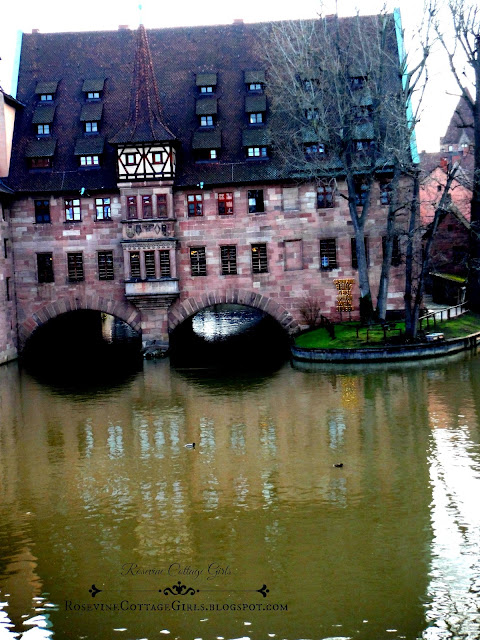 Charles Theodore appropriated part of the land obtained in the Landshut War Of Succession to which Bavaria had maintained it’s claim while Prussia claimed part of the territory. The city wished to be incorporated into Prussia but Frederick William II not wanting to offend Austria, Russia or France refused. 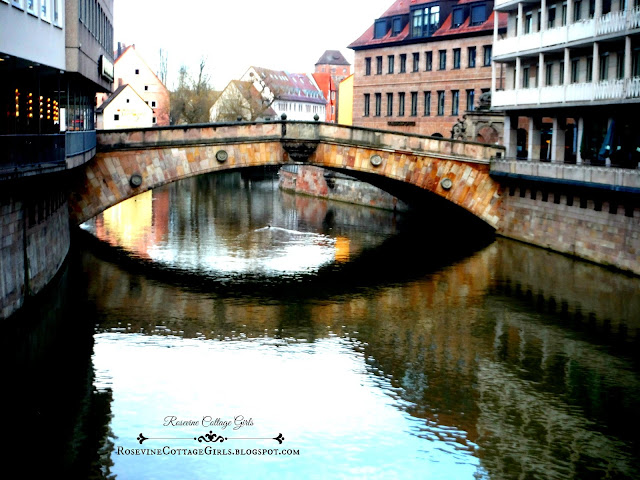 At the Emperial Diet of 1803 the independence of Nuremburg was affirmed, on the signing of the confederation of the Rhine. It was decided to hand the city over to Bavaria, with Bavaria guaranteeing the cities 12.5 million guilder debt. 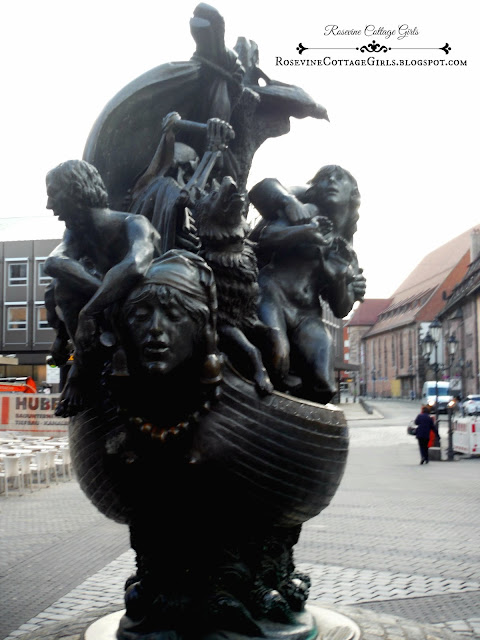 After the fall of Napoleon the cities trade and commerce revived. 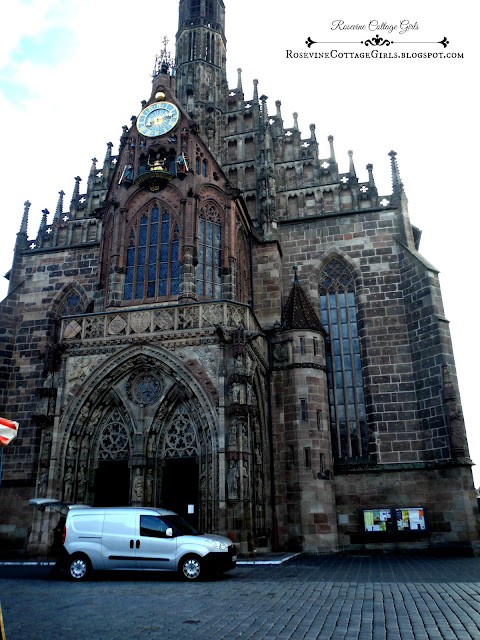 Being incorporated into a catholic country the city was compelled to stop discriminating against Catholics who had been refused citizenship before. 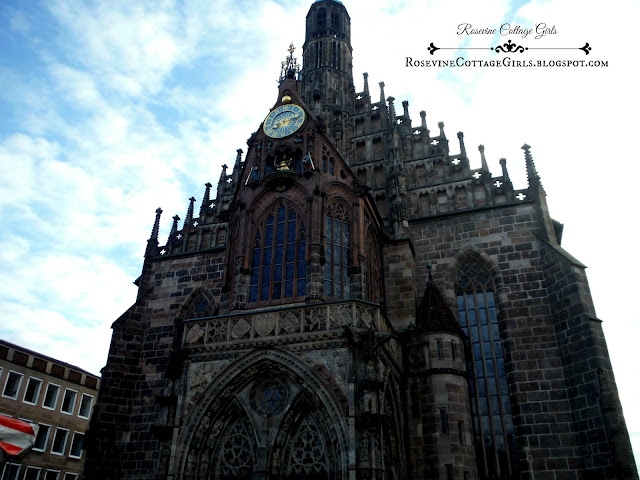 In 1810 the first Catholic Parish was established, by 1818 the parishioners numbered 1,010. In 1817 the city was incorporated into the district Rezatkreis later renamed Franconia. 1835 saw the first German railway, the Bavarian Ludwigsbahn established from Nuremberg to nearby Furth.