Glad to see you back for another walk through Germany.

We are back in Kassel Germany and walking in the Bergpark in Wilhelmshöhe in northern Hesse and up to the highest point of the park (at 1689 feet up) and as you can tell, it is cold. Where I am staying there is no snow on the ground! We left off our last adventure at the foot of a waterfall here at the Bergpark in between the Lowenburg or Lion Castle and the Hercules monument. 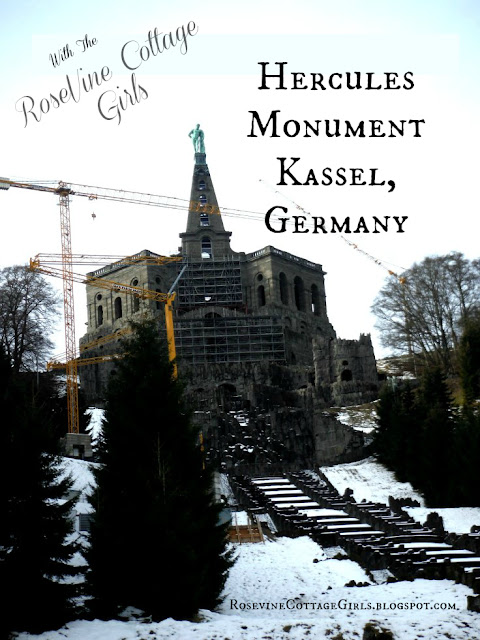 We took the train from Stadtallendorf and it was a long walk here. If we had just walked straight to the Hercules Monument and back it would have been almost 5 miles, but oh no, we don’t do straight lines. We left the train station and headed left down Wilhelmshöher. As you walk toward the park it, you can see this monument and the museum way behind it. 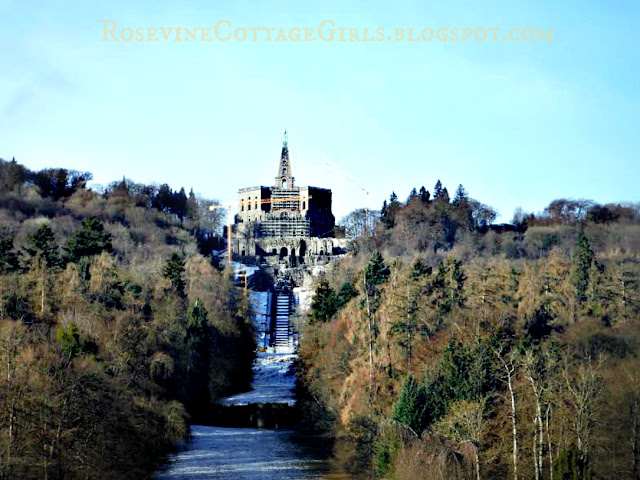 This is the Hercules Monument and it is an important historical monument to the German people. 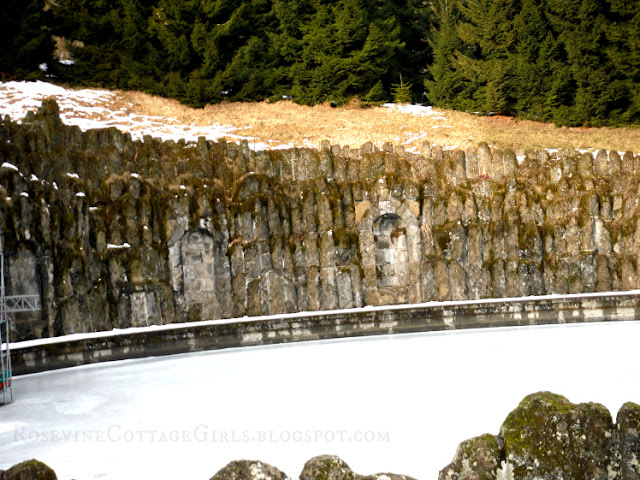 The building of this monument began in the year 1696 and the copper statue of Hercules between the years of 1701-1717. It is based on the design of the Italian Giovanni Francesco Guerniero.  There are over 200 steps leading up to the top and personally, it feels like way more than 200 while you are walking up them let me tell you! 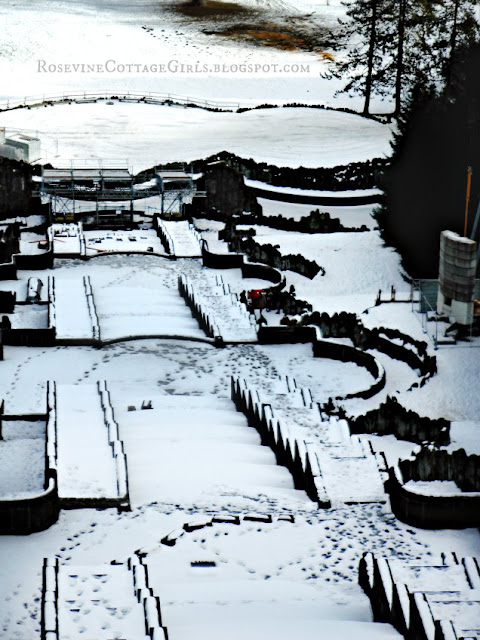 There is a water feature that they added June 3, 1714, with hand controls to release the water.  I have seen photos of it but it is under repair now and won’t be finished until 2018.  You can see in the first photograph where the cascades of water would run. Normally they release the water in the summer months from May to October and it uses 350,000 liters (or 92,000 gallons of water). I really wish that I could see it in action.  It amazes me that they made such wonderful things so early. 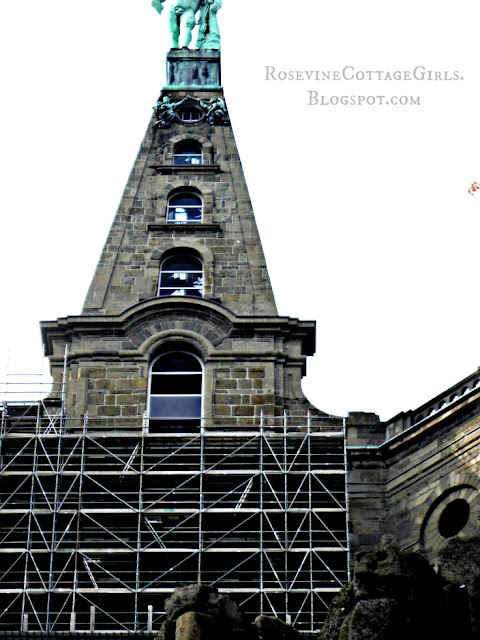 When we reached the top of the stairs we chose to go right, but once we got up another flight of steps we reached a fence that prevented us from going any further. So we trooped back down the stairs, somewhere on the way back down I realized something. I should have brought my coat… I didn’t realize it would be as cold as it was. Yes, I left it back at the hotel and went out with just a dress shirt, but in my defense, it felt so nice outside at the hotel that I didn’t think I would need it. 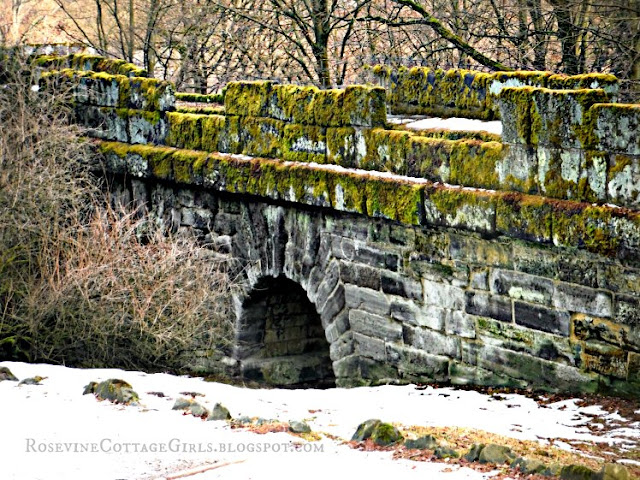 As we were headed back down the steps a lady in jogging shorts and a t-shirt came running by and felt like a baby wishing for my coat when she was running around in summer clothing.  Truly, I was cold for her! I don’t know how she could handle shorts in this weather. 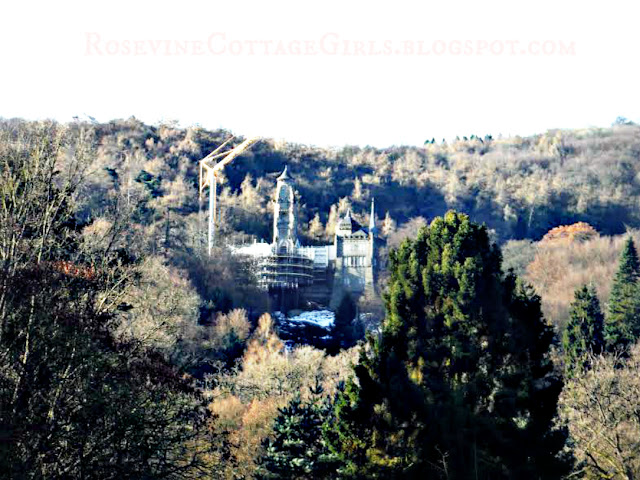 Part way down the others in my group turned off of the stairs and onto a path following another group down, let’s just say by the time we reached the train station I had snow in both shoes. I guess we walked our poor boss too much because he napped on the way back in the train. 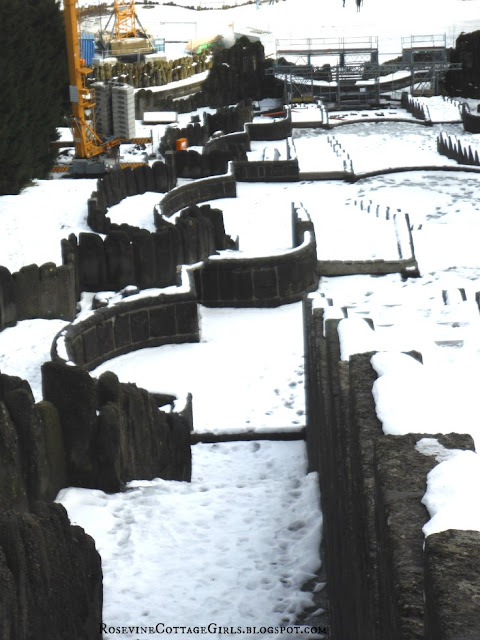 Check out more of the monument in our video. Click the image below.  Don’t forget to give the video a thumbs up and follow our YouTube Channel!

Until we meet again, have a blessed day.
Signing off, for now, Mr. Cottage.