The day was sunny, bright and beautiful. A little cool with the promise of many stops on our tour of Israel today. We exited the bus and entered through a gate, called “Church of the Primacy of Saint Peter Mensa Christi”. I’m not Catholic and didn’t really know what to expect here, except knowing the church built over important sites, I expected something special. 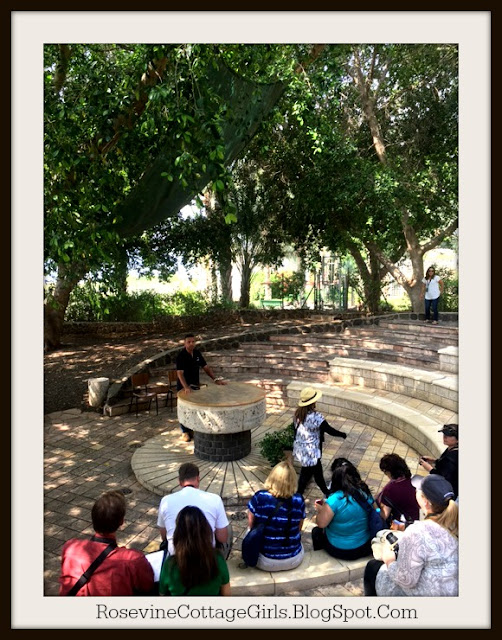 The dirt pathway was wide leading down towards the church and Sea. The church grounds were on our left and pretty. Green grass, and many trees of various varieties including palms. At the end of the path, the guides directed us, however, not to the church but to the right and down to a stone amphitheater under large trees. At the bottom center of the amphitheater was a stone pedestal where Amir Tsarfati, our guide along with our pastor, Jack Hibbs were waiting for three bus-loads of expectant Jesus enthusiasts to have a seat to explain the significance of this beautiful spot.

Significance there certainly was – It was all about Fishing! 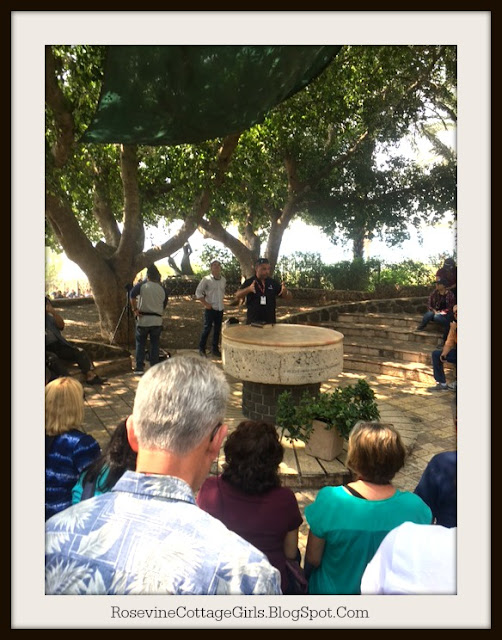 It’s interesting to note that the Sea of Galilee back in Jesus’s day was bigger and cleaner than it is today. Cleaner because there were not commercial operations nor recreational activities such as power boats polluting the water. Bigger, because sometime in the beginning of the 4th century AD there was a very large landslide in the area which pushed the northern part of the sea back a half of a mile south.

Also of note, is that today there are 30 different species of fish in the Sea of Galilee. Scholars have documented that in Jesus’s day there were 153 species known to inhabit the sea. What a difference! 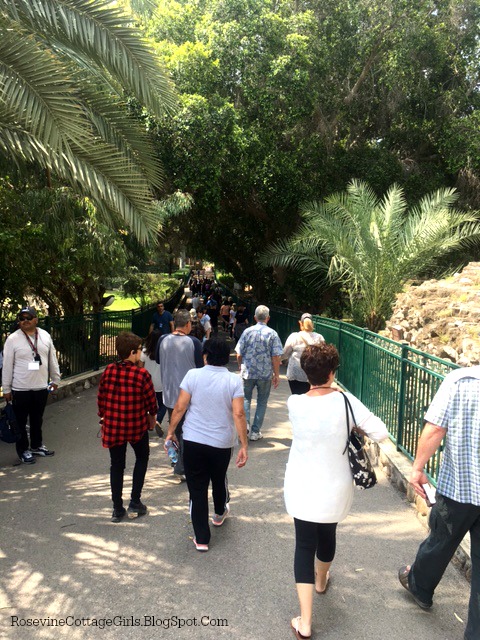 Fisherman have always known where the ‘fishing hot spots’ are located. (just like the hot spot in Mt Baldy where we took our grandkids for a sure catch- article coming soon!). It turns out that we were on the shores of THE fishing hot spot on the Sea of Galilee!

This place is in Tabgha (also spelled Tabhka). It’s not a city, but a small area not far from Capernaum, Jesus’s town (see article). In ancient times, Tabgna was known as Heptapegon – “Place of the Seven Springs”. The Sea of Galilee starts with melting snow from Mt Herman. These seven springs are hot springs, which makes the water warm and the fish love the warm water – hence a very hot fishing spot. 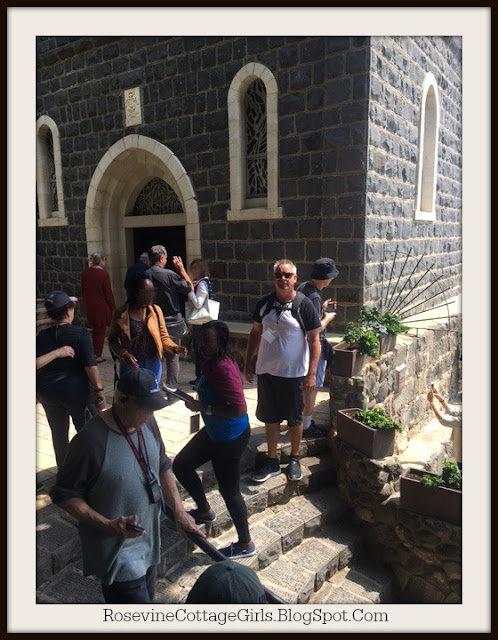 Not only was the water perfect for fishing, but to our left through the trees and down at the back of the church was THE fishing dock where fisherman got into their boats to fish in these warm waters. A natural stone dock with natural stone steps leading up to the dock. With the church gone, the shore would have been where they would have cleaned their nets and hauled in their catch of the day. Though we couldn’t yet see them, we were at THE dock where Peter, Andrew, James, John and the other fishermen disciples would have entered the water.

There are two similar, related accounts of Jesus and Peter fishing on this very spot. 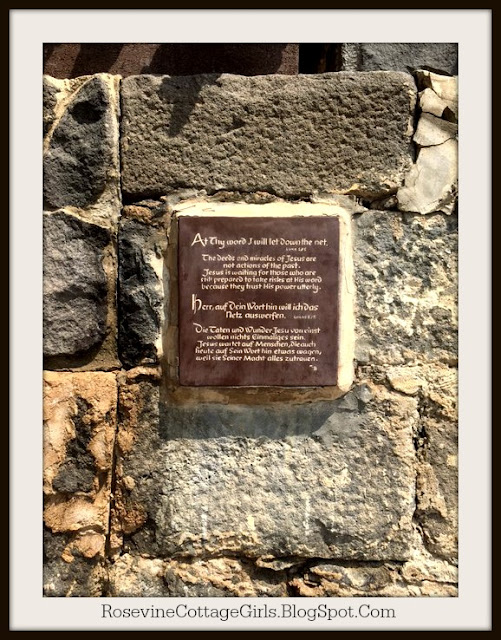 The first, when Jesus called Peter to be a disciple. Luke 5 recounts that Jesus had already begun His ministry in general and in Capernaum specifically. He had many people who were around, wanting to hear the word of God. One day while He was standing by the lake, he saw two boats on the shore without men, because the men were washing their nets. Jesus got into a boat owned by Simon (Peter), pushed it into the water deeper and began teaching. 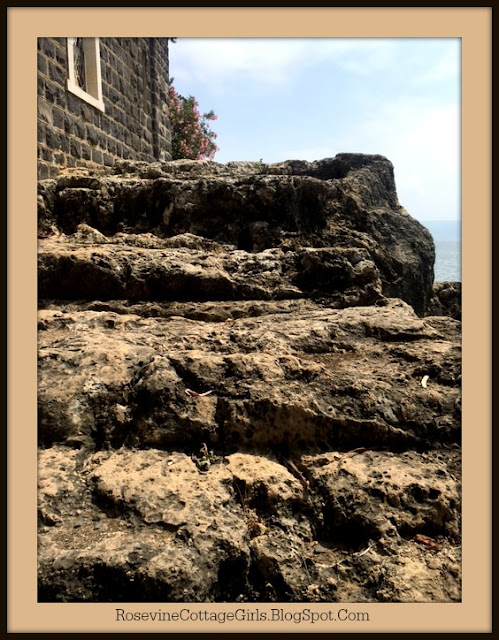 Luke 5:4 -8 “When He had stopped speaking, He said to Simon, “Launch out into the deep and let down your nets for a catch. But Simon answered and said to Him, Master, we have toiled all night and caught nothing; nevertheless, at your word I will let down the net. And when they had done this, they caught a great number of fish, and their net was breaking. So they signaled to their partners to help them. And they came and filled both the boats, so that they began to sink. When Simon Peter saw it, he fell down at Jesus’ knees saying, “Depart from me, for I am a sinful man, Oh Lord.”

Peter was an experienced fisherman, Jesus told him to cast his nets, plural. Peter knew he hadn’t caught fish all night, so because of lack of faith and perhaps not wanting Jesus to be embarrassed in front of all the masses that were following him, Peter cast only one net. But as Amir told us, “When God wants to bless you, you better be ready. If you’re not, the weight of the blessing might cause you to sink.!” James and John, the sons of Zebedee were also there as was Peter’s brother, Andrew. Jesus responded to Simon,

“… Do not be afraid. From now on you will catch men” Luke 5:10. Thus began the gathering of the disciples. 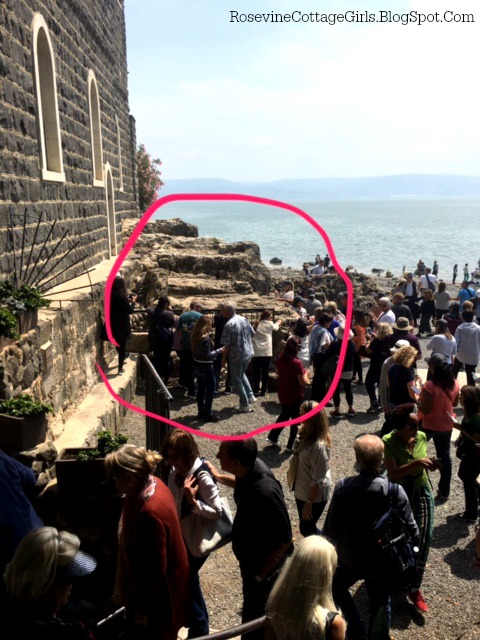 Three years later, 100 miles south from this very spot, Peter, after spending three years day and night with his Lord, would deny Jesus three times the night before Jesus crucifixion. Just as Jesus had told Peter he would. Afraid, certainly. Shocked, absolutely. Jewish tradition said that the Messiah would come as a human, but He would save them and rule, not die a vicious death. The prophets on the other hand in the Bible spoke of death. Jesus Himself kept telling the disciples over and over that it was necessary for Him to die and that He would return. None of them understood. Even after the resurrection, when they had seen Him alive, they didn’t understand. They were depressed. They didn’t yet have the Holy Spirit and Peter, in particular, felt very guilty. So what did they do? Peter said in John 21:3 “I’m going fishing!” (That was his profession, that was what he knew. Just like that, I’m going fishing! Four of the other disciples, Thomas, the twin, the sons of Zebedee (John and James) and two others ) 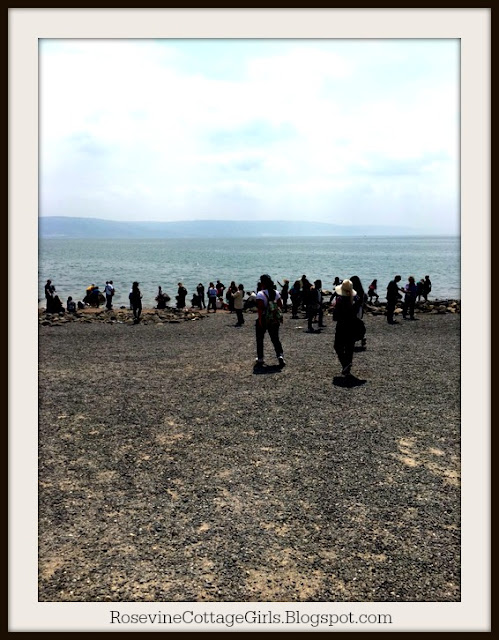 “They said to him, “We are going with you also.” They went out and immediately got into the boat, and that night caught nothing.”

“But when the morning had now come, Jesus stood on the shore, yet the disciples did not know that it was Jesus. Then Jesus said to them, “Children, have you any food?” They answered “No. And He said, “Cast the net on the right side of the boat, and you will find some…..” John 21:4-6 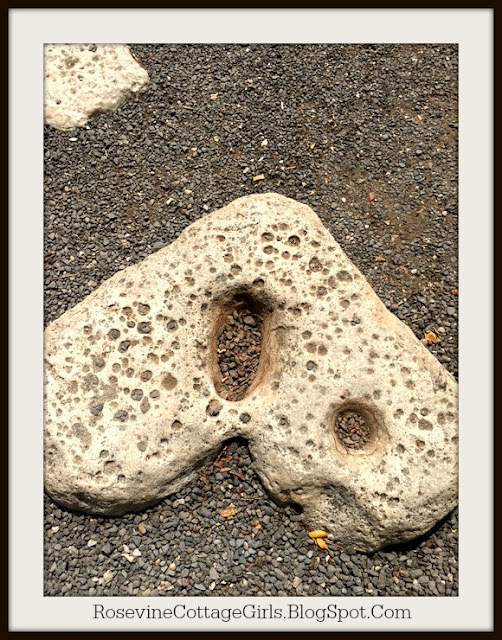 They had seen three years before what happened when Jesus told them where to fish. Logic would have told the experienced fisherman that it was highly unlikely that they would not catch fish in this fishing hot spot on the Galilee. It also told them, if I didn’t catch anything on the left side, am I going to catch anything on the right side? Jesus always spoke with authority, so regardless of logic, they obeyed. Once again, the catch was so big, they were not able to draw the nets into the boat!

Finally, John recognizes that it is Jesus and tells Peter that,

Peter was so excited that he jumped off the boat to get to Jesus. 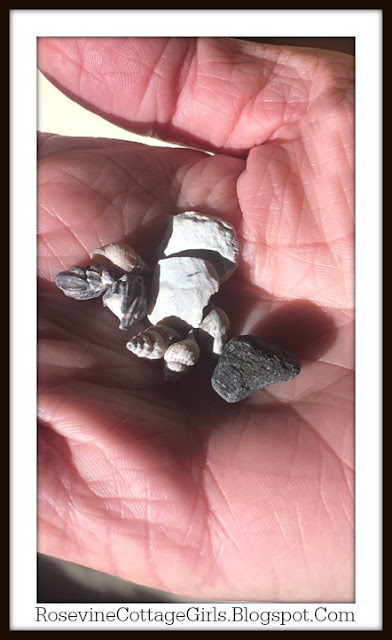 “vs 8; “but the other disciples came in the little boat (for they were not far from land, but about two hundred cubits), dragging the net with fish.”

There was Jesus on the shore cooking them breakfast! Jesus was always teaching and serving! Jesus asked them to bring some of the fish they had just caught to him to cook

. “Simon Peter went up and dragged the net to land, full of large fish, one hundred and fifty-three; and although there were so many, the net was not broken.” John 21:11.

Jesus serves, Jesus heals and Jesus restores. Knowing the guilt that Peter felt for denying Him. Knowing that he was broken Jesus talks to Peter. 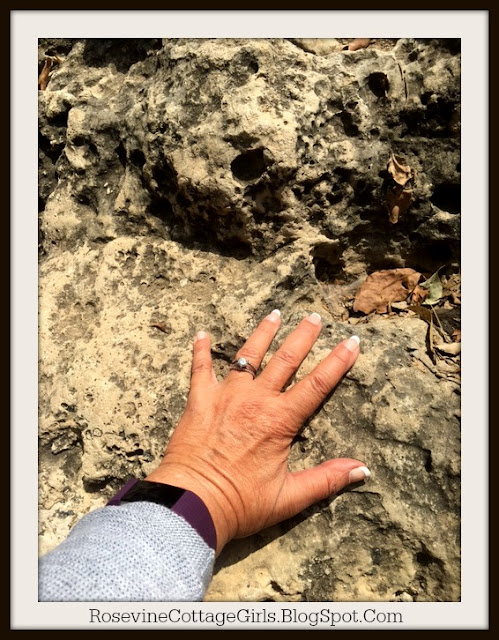 There were different words in Hebrew being used in this discourse and lots of symbolism based on what had happened three years before. I recommend further study as it is fascinating in all of its intricacies. However, the bottom line is that Peter had vehemently sworn that he would never deny Jesus and would die for Him. Peter was sick with guilt that when push came to shove, he did fact fail. Jesus is now restoring, healing and re-commissioning Peter to feed and tend His sheep, us! We are His sheep whom He loves! Peter swore that he would and did becoming a pillar of the new church. Eventually, Peter did, in fact, die for Jesus. He was crucified as well. However, he refused to be crucified like Jesus, but upside down!

We then left the amphitheater to walk down the small ramp leading to the shore and dock. There is currently a drought in Israel so we were able to walk on what would normally be under water. I’m told even as recently as a year ago this was under water. We were able to clearly see the stone steps naturally carved into what looks like more of the black basalt rocks we saw in Capernaum leading up to the dock. The steps were chained off, but we could walk up and touch them which I did.

I took a picture of my hand on these very steps where Jesus, Peter, James, John and the others walked.

Also because of the drought, we saw something else. A series of white stones embedded into the shore a short distance from the steps. These white stones were in a row and each of them shaped like hearts! I also walked down to the water’s edge, bent down and dug my fingers into the gravel of the shore. I brought out a small handful of these shells/stones for my Bible collection.

This truly was a special spot.

A side note, the other day when we floated on the Sea of Galilee, we stopped at a museum to see “The Jesus Boat”. In January 1986 there was also a drought in Israel. Two fishermen dreamed of discovering a treasure and the dream came true. Walking along the water, further down from where we are today, they saw what looked like a wooden object protruding from the wet ground. Upon further inspection, they felt it was something important and called the Israeli antiquities experts. A good thing they did, buried in dense layers of mud was a fishing boat 2000 years old! Scientists labored day and night, using special methods to keep the boat from disintegrating before their eyes. They call this the “Jesus boat” because it is the same age and type of the ones the disciples would have used. Is it? God only knows for sure. What is known is that this is in the same spot where they all lived and worked and fished 2000 years ago!

I’m so thankful this Thanksgiving for my Lord, My Savior and this wonderful blessing I was able to share with my sweet son, Eric.