Have you ever seen a picture of a swan swimming with her babies on her back? It’s easy for the babies to keep up with their mom because they aren’t putting in any work, but are being pulled along by their parent’s strength. But what happens when their mother isn’t there to carry them anymore and they must fend for themselves? We find the Israelites in a similar situation in Judges 2. They’ve laid Joshua their leader and spiritual “mother” if you will to rest. We find the Israelites in a similar situation and we can’t help but wonder, have we like Joshua done enough to raise Godly children or to share our faith with our children? It is the responsibilities of fathers and mothers to raise godly children.

Joshua’s dying words in Joshua 23 were that of a parent desperate to ensure that the torch of faith doesn’t stop with him. For years He has been pouring out his faith into these people, helping his “children” grow spiritually. No longer can they live off of his faith. They can’t just cling to his coat tails it’s time for them to jump in the deep end. They are about to be dumped in the deep end and what they learned needs to be able to hold up under the pressure. Their faith is about to be put to the test, and he has to be sure that they are ready. 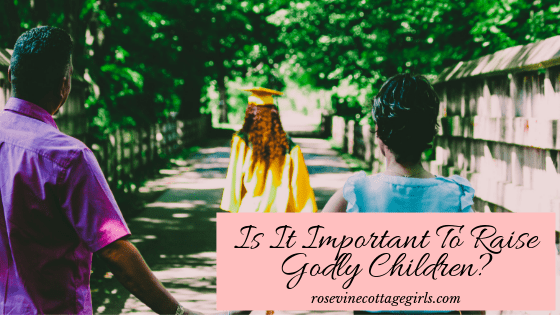 Joshua calls together the leaders he has appointed, those that he has entrusted with raising up godly children and reminds them of where they have come from. He doesn’t want them to forget the distance they’ve come, physically and spiritually. It’s vital that they remember, that it was the Lord their God that fought for them. He harkens their memory back to their desert season, he wants them to remember the feel of the sand, and the sun beating on their heads. He wants them to remember each time they witnessed the Lord make a way, each way He has provided so that they will continue to grow in faith.

He follows that up by calling to mind what the Lord has promised to do for them and through them. He’s trying to coax them forward, to stoke the fire in their hearts so that once he is gone they don’t become stagnant in their spiritual growth.

The Process Of Raising Godly Children

He’s been with the people since Moses lead them out of Egypt, he’s been there as Moses tried to raise up a godly generation, he had a front-row seat to each doubt, and pity party, each time the Israelites cried out against God. He probably knows them as well as they know themselves and so he tells them to be strong. Joshua warns them to be careful to obey the laws they’ve been given. He charges them to not turn to the right or to the left but follow God wholeheartedly on the path laid out before them and hold fast to the Lord. Don’t get caught up in the culture around you. Don’t draw your identity, and purpose from the world around you but chase after what God has given you.

How To Raise A Child In The Way They Should Go

As we come to Judges 2 the question of was it enough is finally answered. The people of Israel serve the Lord throughout their lifetime, but they forgot what Joshua was trying so hard to do. They forget to pass on the torch of faith and raise Godly children.

The people of Israel continued serving God throughout Joshua’s life, and the elders that survived him, they kept the faith while they had people who had witnessed the great things the Lord had done for them were there to guide them. But once they had passed away a new generation rose, scripture says that they didn’t know the Lord, or what He had done for them and so they abandoned the Lord.

The Israelites forgot the most important thing, they forgot to raise Godly children. The memorial stones that Joshua commanded them to carry out of the Jordan river back in Joshua 4 and erect into a monument so that when the children asked what they were for have failed to fulfill their purpose.

If we don’t teach our children about God, and what He has done for us, the world will fill that gap. It’s not good enough to just hope it rubs off on them, we like Joshua need to do everything we can to ensure that we’ve raised Godly children.

Roles of Parents In Child Development

Why is it so important to raise Godly children? The Bible charges us to train up a child in the way that they should go (Proverbs 22:6). It’s not enough that they ride on the coat-tails of our faith or that we carry them along with us, like the swan with her babies on her back as she swims in deep water. Or Saul trying to fit David into his armor, the armor they wear, the faith they are grounded in must be their own. You have been strategically placed to lead your children, and encourage their spiritual growth. How can we share salvation with a child? Here are some ways:

For your child to grasp the importance of Jesus’s sacrifice they must first recognize why it was necessary. Teach them how God created the heavens and earth, and about the garden where this story all began, that Adam and Eve had a relationship with God but because they sinned they were separated from God. Because God is perfect, our disobedience and sin can’t stand before God’s presence. But because God still loved Adam and Eve despite their sin He clothed them in animal skins. A symbol of how death was necessary to pay for humanities sins, and a picture of the future when Christ dies for our sins.

For generations, people made animal sacrifices to pay for their sins, but God in His mercy sent His son to pay the price of our sins that we could never pay. He conquered death and rose from the grave to restore us. Since all of us are separated from God we must accept Jesus’s gift of grace.

One way to explain this to a child is to ask them to imagine they are going to meet with a ruler, but they only have one outfit that they wear all the time. Because they always wear it, it’s torn and stained and smelly. To try to smell better they spray themselves with a perfume, but it can’t hide the horrible stench underneath the perfume. We can’t remove the filth of our sins on our own. In the same way, that “I’m sorry” can’t fix everything. But when we confess our sins and ask Jesus to save us, accepting His gift He washes away the stains of our sin. He pays the penalty that we can never pay so that we can stand before our King.

When that faith is apparent in your child ask your child if they would like to pray. Start praying for your child, that God will reveal himself to your child in ways that only He can and begin to draw their heart to Him. When your child is ready, support them by either having them repeat a prayer after you or by coaching them. Write down the date and celebrate with your child. Continue to give your deliberate support even when confusion and doubts arise.

Don’t just bring the subject up once and drop it. To raise Godly children you must keep bringing it up. The bible says in Deuteronomy 6 to “teach them diligently”. This isn’t a one time and done deal. This is a daily commitment to plants seeds of faith in your child’s life and watering them.

We cannot depend on church, and youth programs to raise a godly generation for us. Church, children’s ministries and youth groups only have our kids for a tiny window of time each week, we on the other hand have daily accesses to them. To raise godly children we have to be hands on. It was never meant to be the youth leaders responsibility to raise godly kids. Their job is to back up what we teach them.

Spend time in the Bible reading it with your child, make it part of your daily routine. You want your kids to know the Bible like the back of their hand. It needs to be like oxygen to them and a firm foundation that they can stand on throughout their life. 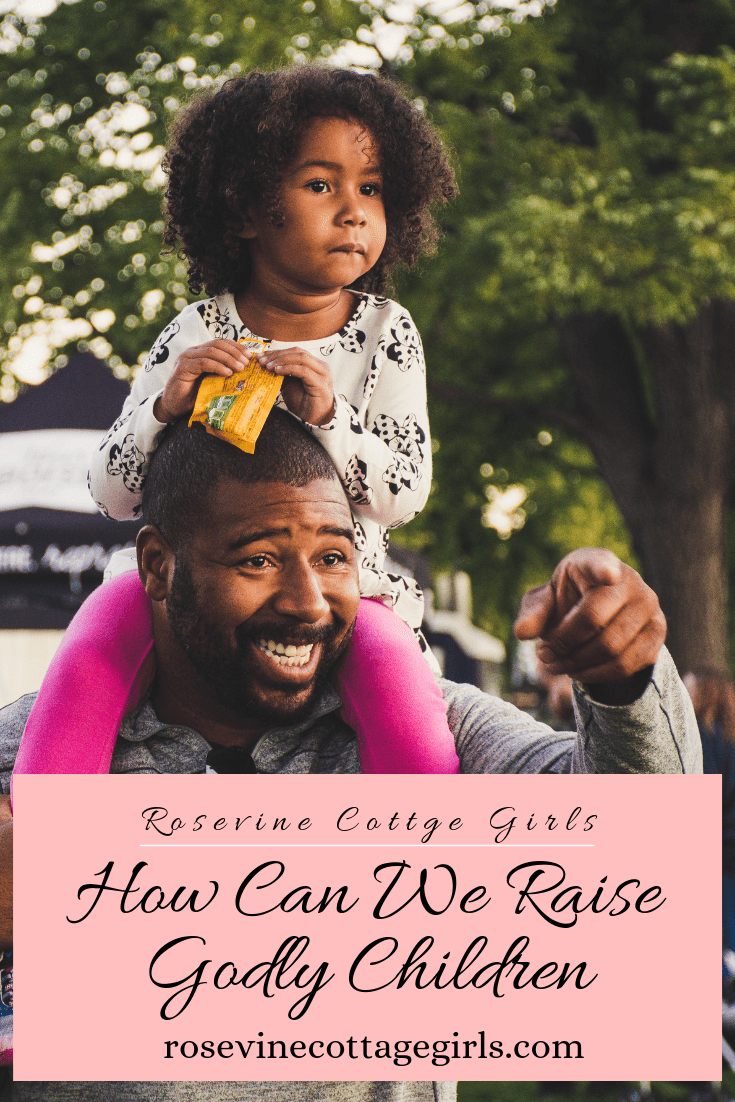 Raising Godly children is an investment, it requires diligence, time, and most importantly you. It requires you to be shored up in your faith. A child will learn more watching how you live your life and interact with people. How you spend time with God then you could ever teach them with words. To raise Godly children our faith must be real, a child will see through what is faked. Demonstrate the faith your child should have in your daily life and habits.

The importance of passing on our faith to the next generation and raising Godly children is great. We’ve been entrusted with tomorrow’s leaders of faith. They must be able to stand on their own when their faith is tested. We must pass on our faith to our children so that they will grow spiritually knowing the God we serve.

11 thoughts on “Is it Important To Raise Godly Children?”