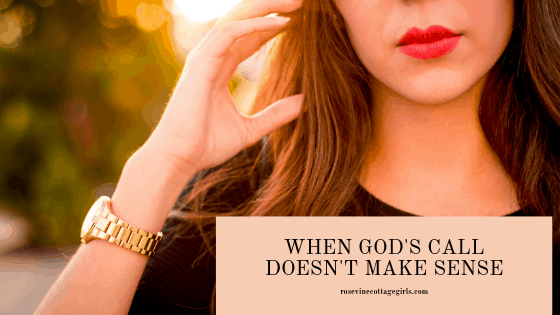 Have you ever noticed that when God tells us to do something or calls us to a place it doesn’t always make sense? But I have a surprise for you, it doesn’t have to make sense.

The bible is filled with these moments, from God telling Moses to strike a rock for water to holding his staff over his head so the Israelites can claim the victory, or even when Jesus tells Peter to throw his nets into the water in the heat of the day. Often times the things we are called to, the places He leads us to look ridiculous to others and even ourselves.

As we slide into Joshua 6 we find yet another instance of this as the Lord tells Joshua to lead his soldiers around the walls of Jericho. Walking around it not once, not twice but every day for 7 days. Not only that, but the priests carrying horns and the ark of the covenant are to go as well. As they are making this hike around the city, the priests are to blow their horns while the people remain silent.

It Doesn’t Have To Make Sense

Day 1, they set out and make their way around the walls of the city. We can only imagine the reaction of those inside the city- they were already frightened of the Israelite’s, they’d heard the stories of the Lord’s provision. The story of the Red Sea and countless other times have been passed around for the last 40 years. They are frightened, they’ve shut up the city behind them, and they can see the procession get closer and closer.

With just the sound of the ram’s horns and the stamp of feet, power doesn’t have to shout. They can see the dust curl into the sky from all of the feet. This is it, the moment they’ve all been fearing- but the Israelite’s don’t attack they keep walking. The people inside the city watch, waiting, ear straining for the sound of battle. But nothing happens after they circle the city they return to the camp.

When It Still Doesn’t Make Sense

Day 2, same thing. I wonder how many days it took for the intimidation to start wearing off? You can almost hear them say, “ahh guys, don’t know if you missed it but the gate is back that way. You’ve only walked by it twice now…”

Day 3… the Israelite’s are back at it, I wonder how many times around these city walls before the whispering started. We’ve done this already and nothing happened. We look ridiculous. It’s hot, we’re tired, so when is God going to come through on His side of this. How long before the age-old question rose to the surface once again, sure He came through back there with Moses, He came through for our parents or grandparents but what about this time? Will He do it for us? 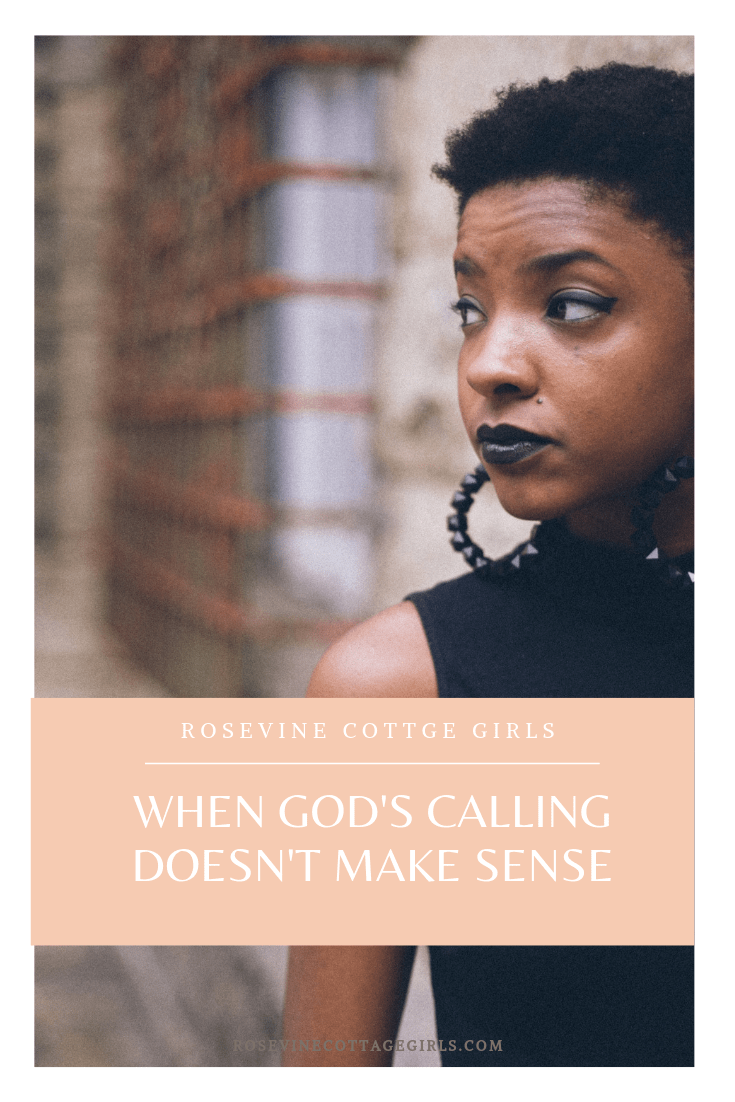 Day 4 same thing. Day 5, by now it’s beginning to feel like a broken record. The people of Jericho have got to be confused because to them this looks ridiculous. This is the army they have feared, so much that they have retreated into the city and shut the gates behind them, but all they’ve done is walk, and blow their horns.

It Doesn’t Matter If You’ve Done It Before

Day 6 looks a whole light like the last 5, but what they don’t know is God’s getting ready to move, each step around that city takes them closer, each blast of the horns ushers it a little closer, I wonder did they know in those inky hours of darkness before dawn on day 7? Did they sense the difference?

The darkness on the horizon shifted, and the Israelite’s once again prepared to repeat what they have done all week. Could you feel the anticipation in the camp? That God was going to come through just like He’s promised so many times? Or feel the nervousness,  that comes when we know He is going to come through, we just don’t know how. Did the townspeople go about their business as normal as Rahab gathered her family into the very thing that is about to fall? I wonder did she explain the promise that she was clinging to?

Jericho never falls on the first round, only in the repetitive act of faith that brings us back each day. It’s in the obedience, that the Israelite’s returned each time that the walls fell. It’s easy to do something once and then give up when the walls don’t immediately fall, when our request isn’t instantly met, but the lesson of this place is in the waiting. The lesson is in the following even when it doesn’t make sense and continuing when we’ve already done this.

God likes to use what the world deems as ridiculous. He likes taking what we would say is out of place, like Rahab and using it for His glory.

It Doesn’t Have To Make Sense, This Is Where He’s Called Me

So often we want to throw our hands in the air and walk away after the first round. There are some Jericho’s, some strongholds in our lives that can only be won when we buckle down and keep walking. It is here that our faith grows – I don’t see the way, but I’m still here. It doesn’t make sense.,It’s not physically possible, but this is where He has called me and this is where I will stay. I may look weird. People may not get it- but my God has promised me this place and I am going to keep walking around this city until the walls fall. 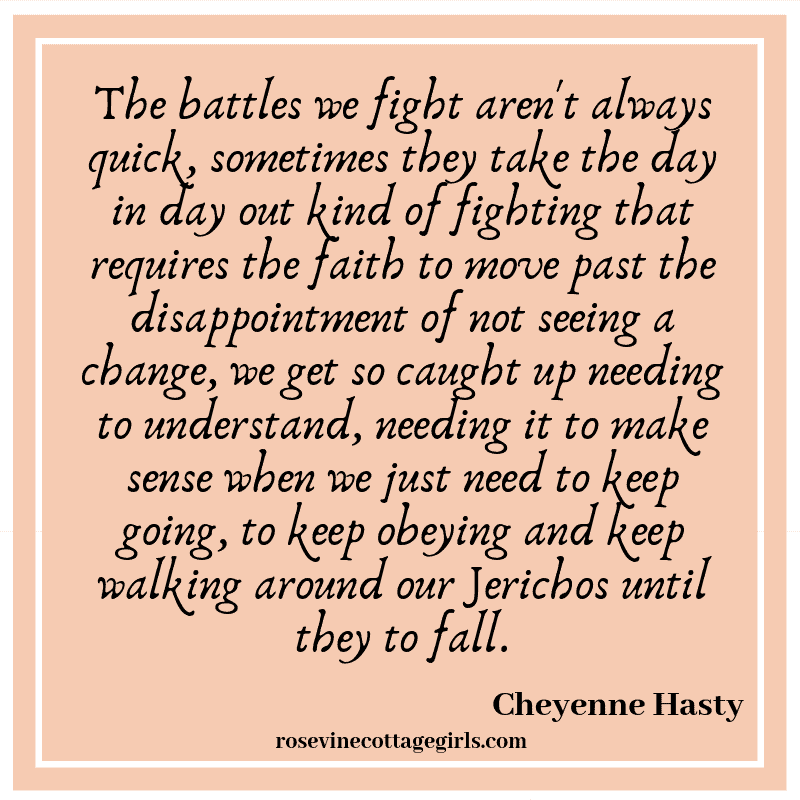 Day 7 dawns and the Israelite’s head out but this time when the priests blow their horns the people shout. God moves just like He promised, and the walls crumble.

The battles we fight aren’t always quick. Sometimes they take the day in day out kind of fighting that requires the faith to move past the disappointment of not seeing a change. We get so caught up needing to understand, needing it to make sense when we just need to keep going. To keep obeying and keep walking around our Jerichos until they to fall.