Welcome back to Germany!

So far, I have made to 2 trips to Kassel and are working on a third. I thought I would break up the 2 trips and talk about each one.

The people that I normally travel with on the weekends had to work this weekend so I decided to break out on my own and take the train up to Kassel Germany. 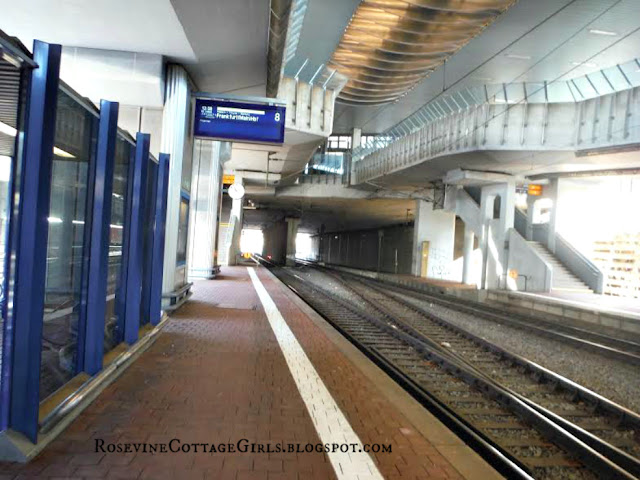 And so the story begins, I woke up before dawn and talked to the lovely Mrs. Cottage who was a little bit worried and who tried to discourage my trip alone to Kassel.  I believe in going in at least a pair when going out so I know this was good advice but I was determined. I went down and ate a fast breakfast and made my way down to the train station to purchase my ticket for the RE31 train.  It is the regional train that has several stops in between. It is a small orange ticket and cost 15.50 euros. 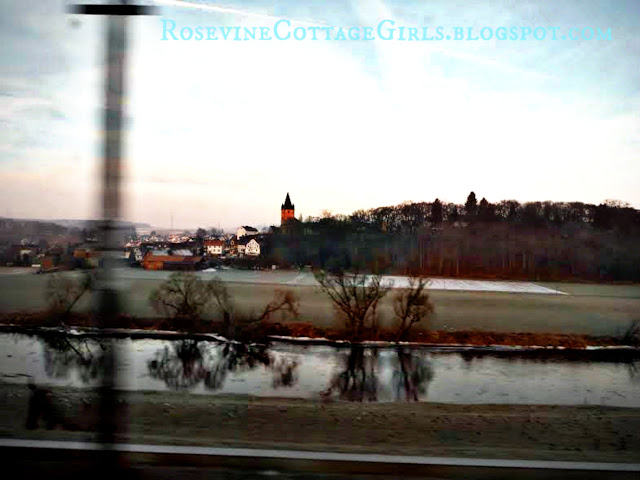 I waited for the arrival time for my train and hopped on. While sitting in my seat I was smugly thinking how well this plan is going. Well, we get about half way there when the lady checking tickets comes buy and ask for my ticket. I smiled and handed her my ticket, and it was then that she informed me that I am on the wrong train. 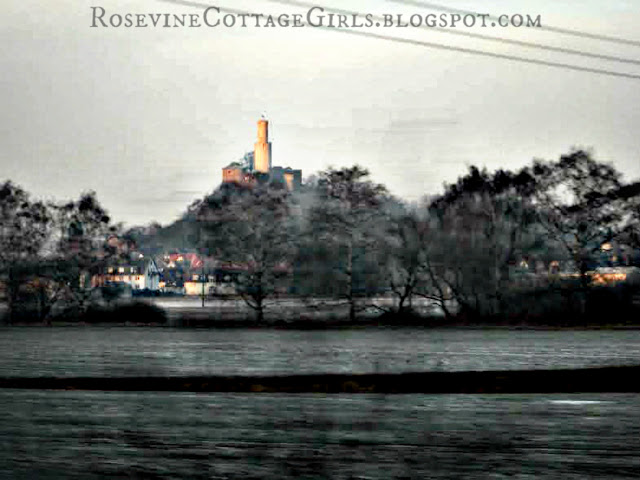 Getting nervous I asked isn’t this train going to Kassel, she said yes but I am on ICE train, not the RE train. She happily tells me that I will have to buy a ticket for that train. She rung it up and after another 18.50 euros and about 25-30 minutes, we pull into Kassel. I asked during the paying process if I could get refunded for the first ticket, she said I would have to take care of that in Kassel.

Now in the Kassel Station, I walk up to the main floor and find an information desk. I ask about the first ticket and getting a refund, the lady informs me I need to go to the ticket office, in which I happily did. 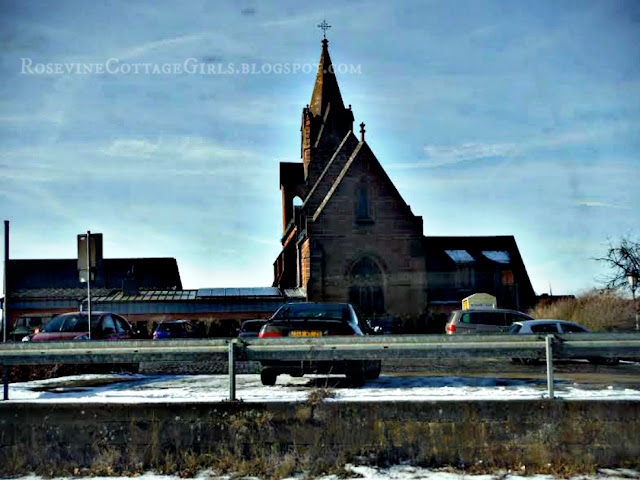 I waited about 15-20 minutes before I was informed by a nice gentleman that I needed to get a number to be waited on. He showed me where to get the ticket and they called me up. I explained to the lady what I did and asked if I could get a refund for the first ticket since I didn’t technically use it. Her answer was since I bought the ticket is Stadtallendorf I would have to take care of the problem there. I thanked her for her help and then asked her about the real reason I was there. I asked her which train I needed to take to get to the town of Istha where my 8X great grandfather was born before the Clapp family line came to America. He was born in 1702. His father my 9X great grandfather was born and died in this town. So now you know what spurred this trip in the first place. 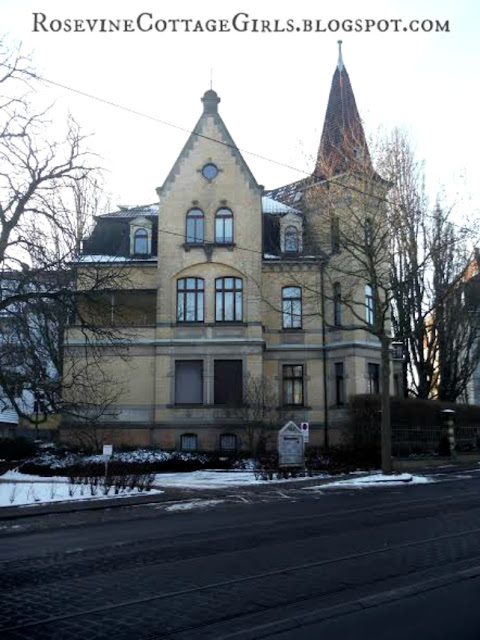 OK, back to the trip. The lady informed me that the train doesn’t go there and I would have to take a 45-minute bus ride to get there. Well, I wasn’t sure If I wanted to do that while I am alone. I decided to walk around Kassel. With a little disappointment, I walk outside of the train station and realize how big Kassel is. I was now having second thoughts about this trip. Thoughts of Shiloh were creeping in ( if Cheyenne has not said anything about it, then neither will I). 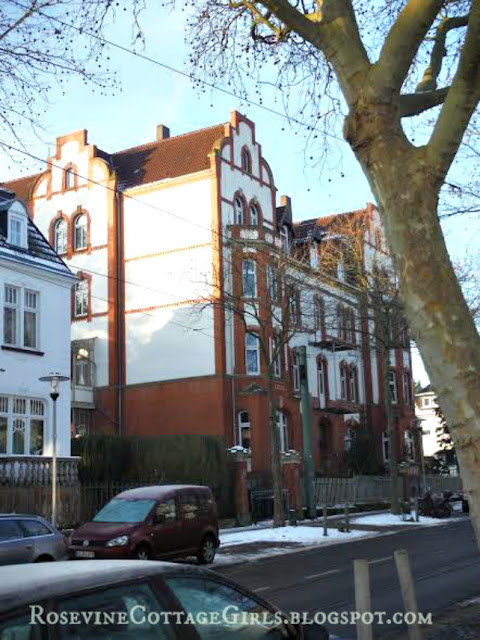 I continued exploring but staying close to the station I didn’t get far or go out enough to see the old part of town. Indeed this part of town is mostly newer buildings. 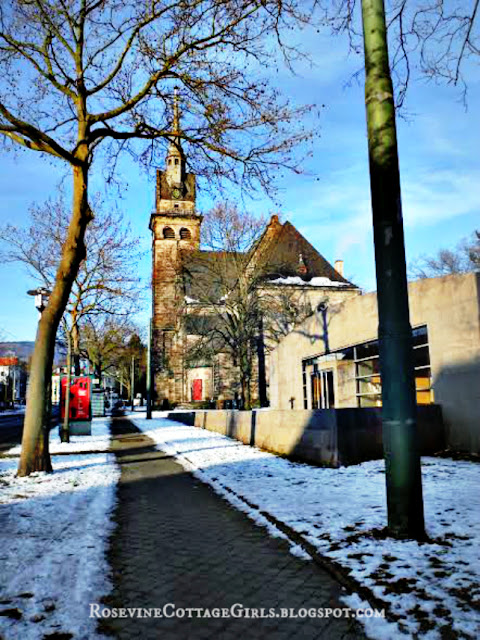 I walked a couple blocks and found a beautiful church down the road, so I headed there next. 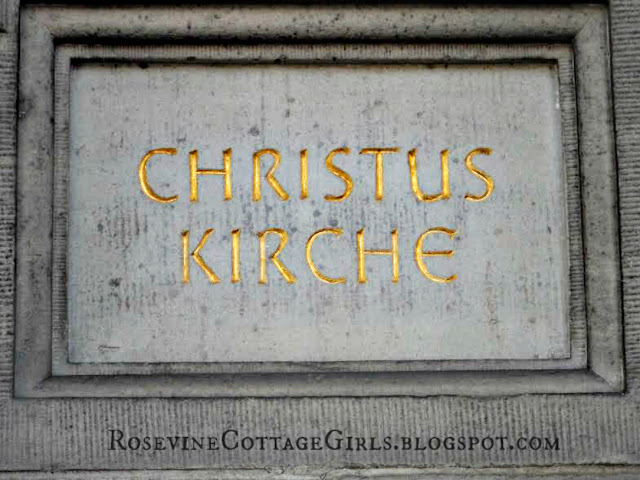 I  was excited to find this pretty building. Construction began and the foundation laid on the birthday of Martin Luther on November 10, 1903. The name of the church is the Christ Church (Evangelische Kirchengemeinde Kassel) in Bad Wilhelmshöhe.
It is a pretty church with stunning 53.75-meter tower and beautiful stained glass windows.  The colored glass was donated by different people in the community.   It reminds me a lot of Saint Elizabeth’s in Marburg just not as old. This is a protestant Church. it cost originally 318,000 gold marks in all from political donations and donations from the community. 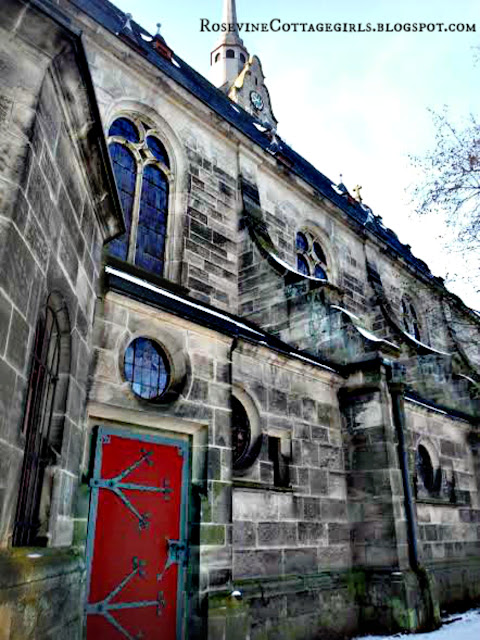 I was drawn to this beautiful door. The red door in the church is called the emperor’s lodge.  This was made for a gathering room for the Kaiser Wilhelm II and his wife Auguste Viktoria. Christ Church was a court church for their visits to Wilhelmshöhe although the Kaiser Wilhelm never attended this church, only his wife did.  Today it is a meeting room. 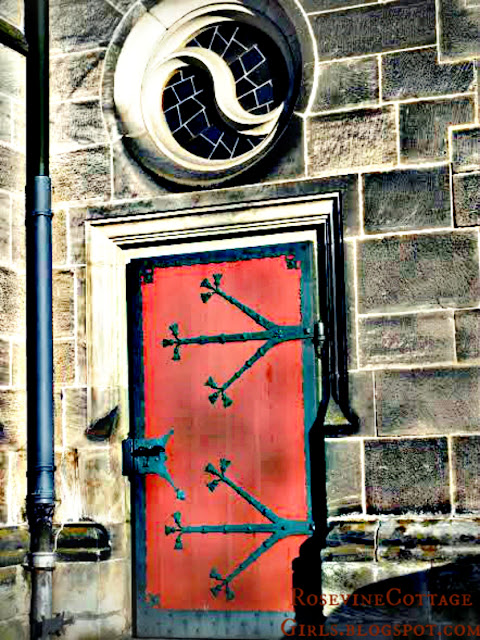 The statue of Jesus was donated by Moritz Wideshold and is a copy of the one located at the Women’s Church in Copenhagen. It was carved out of French champagne lime and it was carved by Bertel Thorvaldsen. 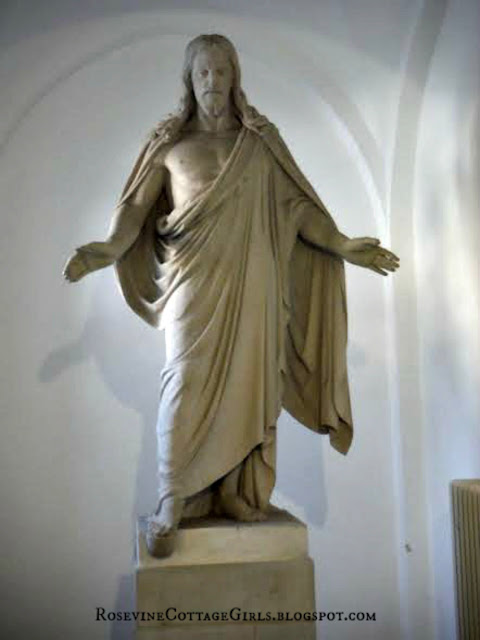 The church has been completely renovated several times since it was originally built. 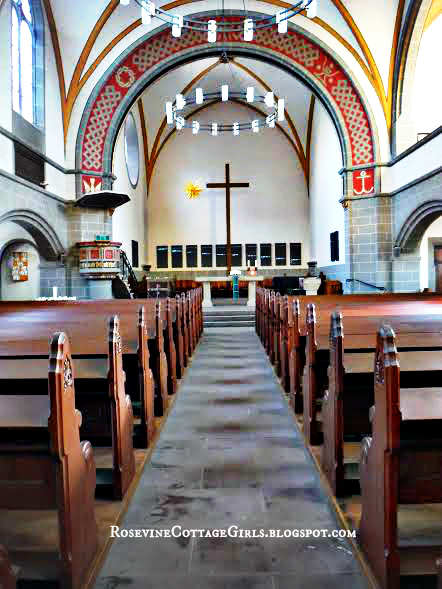 During World War II the town of Kassel was heavily bombed at the center of town.  The town was a site of Fieseler Aircraft Plant, the Henschel and Sohn maker of Tiger I and King Tiger heavy tanks, the Henschel and Sohn Locomotive Plant, the Engine Plant, Ammunition Stores, Motor Transport Plant, Railway Works, a local sub-camp of the Dachau Concentration Camp (that provided forced labor for the German Henchel Motor works), military headquarters, central German headquarters, and the home of the regional supreme court. After the most severe bombing, the downtown area was 90% destroyed. 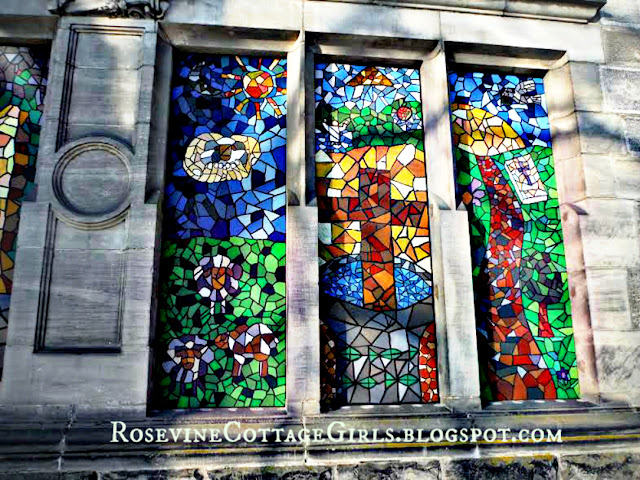 During this bombardment, the stained glass windows on the north side of the church was the only part of the church damaged in the war. 10,000 people were killed in this town from this bombing. The oldest medieval part of town was never rebuilt.  The downtown area was rebuilt in the 1950’s which explained why this town was so much newer than others that I have visited. 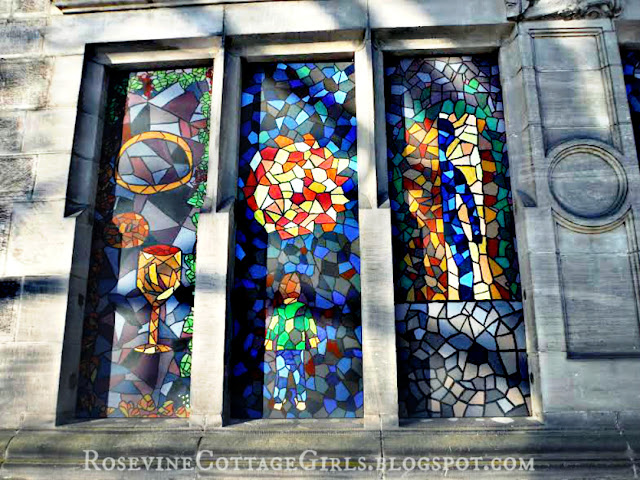 I ended up walking around the town for a couple of hours in all and then I headed back to the station wanting to get back to my hotel before it got dark. I went into the ticket office and bought my ticket from the same young lady I had talked to earlier in the day.  I walked down to area 7 where my train would stop and drop off and pick people up. When the time came for my train, I saw the train- saw it was an RE train but the number itself was different on the train. I thought it was it but I hesitated. Now I was getting worried not wanting to buy a second ticket again I asked a gentleman if that was the train I was needing, but I waited too long to ask and the doors to the train closed before me and it pulled off. I looked up and waited to see if the train I needed was on its way still and saw nothing.  Sadly I realized that my train left the station. Now I am completely frustrated, I walk back up the ramp to the office get another ticket and ended up with the same lady.  As I walked up she smiled and again I told her what just happened. The RE train pulled up but it had the wrong number and not wanting to pay for 2 tickets again I didn’t get on.  When it pulled off I then noticed my train’s number left the board with that train. She said she could give me another ticket and as long as it is an RE train it is fine. But, the train doesn’t come for another hour. and twenty minutes. 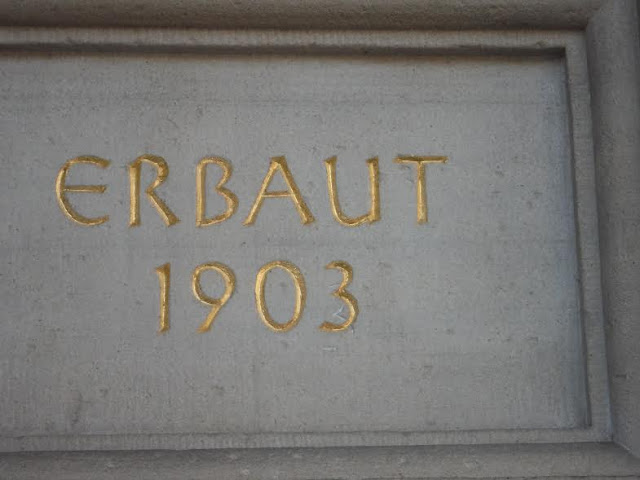 So, completely flustered now and I am getting hungry so I walk around and find a sandwich shop and buy a sandwich and a bottle of water (not carbonated water). (Sorry Cheyenne I just looked and no photos of that sandwich.)
Tired of sitting I go back to the main floor and look in shops. I find a map of Kassel and historic buildings and where they are based and a grid map of the city.  Before long I head back and wait for my train.  The next RE train shows up I jump on and find a seat. I let out a deep breath hoping that all is good now and I will be back to the hotel in no time but inside my head wondering “What else could go wrong?” The ticket guy shows up asks for my ticket. I hand him my ticket and he looks frustrated.  My stomach sinks as he says something in German to me after looking at my ticket.
“I say English??”
He mutters something else with a terribly frustrated look on his face, then stamps my ticket and hands it back and moves on. Not sure what was wrong but he didn’t make me buy another ticket and that made me happy. After returning to the hotel and thinking about my trip I had to laugh at it. I looked at the map and marked down several historical things to check out on my next trip. Not knowing when that will be.