There are times when life is going well, great… it’s as smooth as a calm lake.

Everything is perfect. It couldn’t get any better, and then there are times like these… 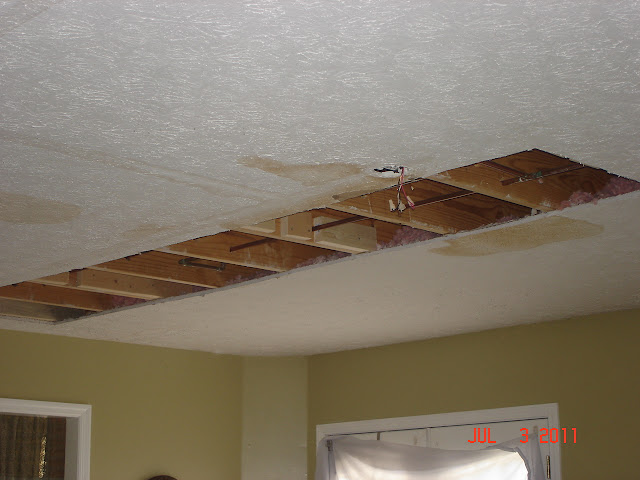 We had been trying to adopt a baby and found out that the young lady that was pregnant decided she didn’t want to be pregnant anymore so she got an abortion.  We were all heart broken. We prayed for this young lady and her child and they were like family in our hearts.  The abortion went badly and the girl had to be rushed to the hospital for surgery.  They said she would never have children again.  Our hearts broke for her and the baby. 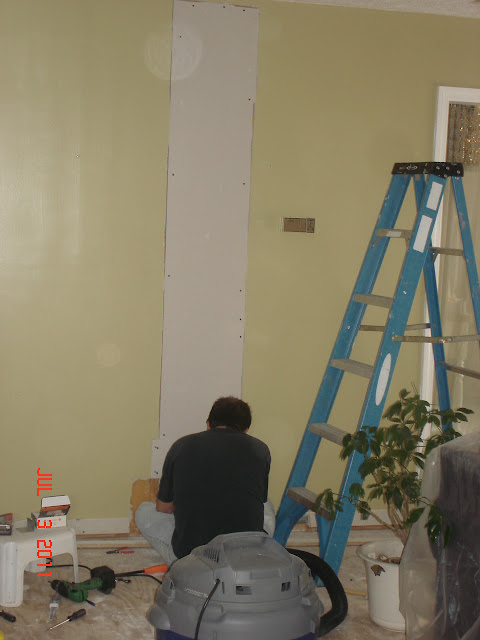 Weeks later a friend called us with another woman that was pregnant and needing a loving family for the baby.  Needless to say, it was a bad situation and she was forced into an abortion. 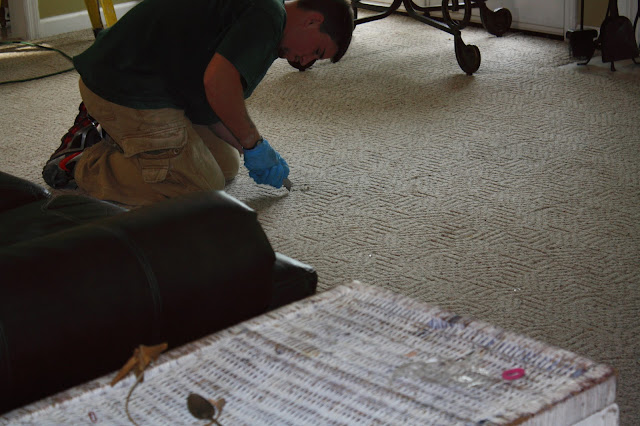 Mr. and Mrs. Cottage was driving to take Grandma Cottage to a doctor’s appointment and we were hit by a lady as we sat at a red light. She never even slowed down.  We had decided at the last minute not to go with them and if we would have gone we would have been hurt very badly. Grandma broke her back and Mrs. Cottage hurt her hip, shoulder and got really bad whiplash. Months of physical therapy and pain.

We were expecting a lot of company, so we decided to buy new furniture for our livingroom.  The next night we woke up to the sound of water dripping. With further investigations, we found that one of the upstairs toilets had overflown in the night and water was pouring out of the fan/light fixture in the living room ceiling all over the brand new coffee table.  The end result was the bathroom, shower, and spare bathroom flooring, the ceiling in the living room ceiling and flooring all had to be replaced.

A couple days later we also had to rip the drywall out on one wall in the living room because a pipe burst. 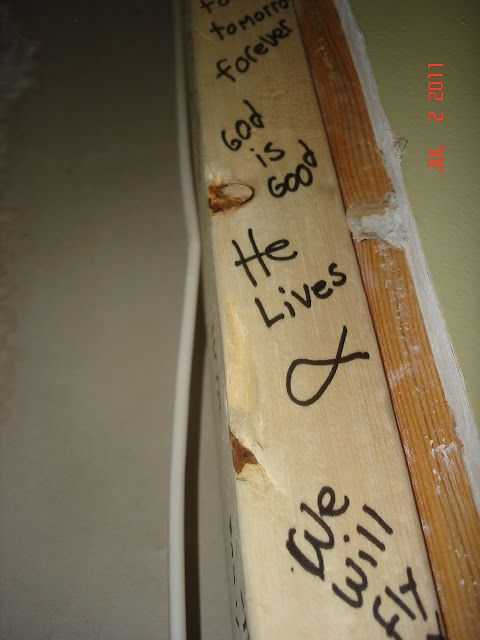 The house sounded like a massive plane was parked in the living room which kind of looked like a lab from a SciFi movie or a crime scene. Big sheets of plastic cover every entrance and in the center of the room, huge dehumidifiers hummed like engines on a plane. It was miserable!!! especially when the AC went out leaving us in the heat of sweltering southern summer.  It was over 100 degrees F. by day and the machines put off more heat.  Becuase of the AC and the noise we were all piled into one room all day for a week… 7 days have never stretched longer than that week.

Five out of seven days a week Mrs. Cottage and Grandma had to go to physical therapy. The only nice part of this was the building (and car) had AC.

There were days I just laid on the pallet on the floor and cried begging for it please stop as I listened to worship music. And like a wave, it finally let us come up for a breath. And I found my faith had never been stronger. 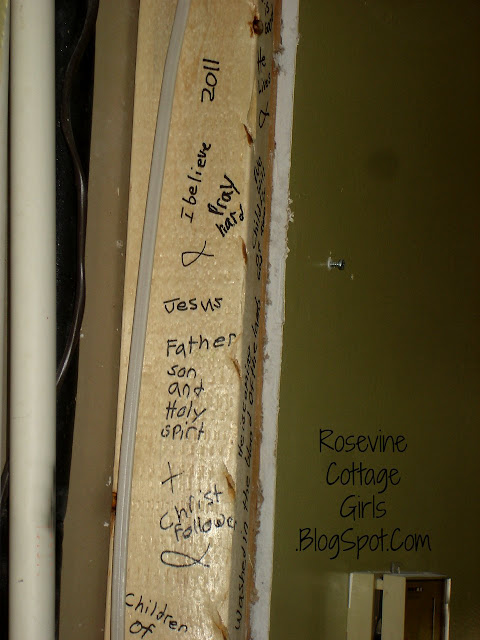 It was so hard on my faith. We were walking with God and living for him and things just kept going wrong. Mom (Mrs. Cottage) knew how important it was that we hang onto our faith and she had us write messages of faith and bible verses on the 2x4s that made up our home. Our walls and ceiling were covered in words of faith and protection.  If nothing more than to remind us of our faith and reinforce that in our own hearts.