Apparently, it’s a trend for delivery trucks to not drive up our driveway, rather than drive up the delivery guys drug our new dishwasher up on a dolly. Yep, all the way up, around large holes, over small bumps and through the gravel right up to the back door. They promptly left the very large, and quite a bit grimy box in the living room and disappeared back out the door. 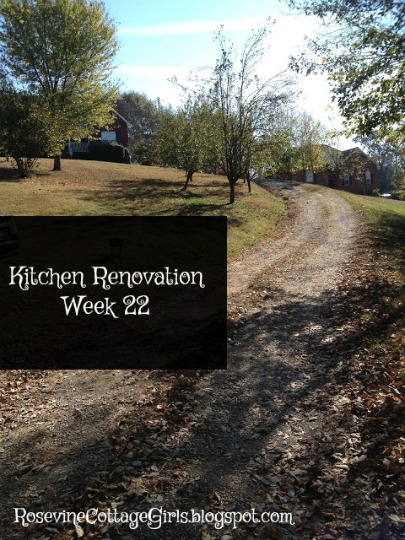 Over the course of the week, we finished installing all of our lower cabinets, hang on! Do you hear it? Angels singing! Angels we have heard on high sweetly singing ore’ the plains and the mountains in reply…- ok, ok sorry. 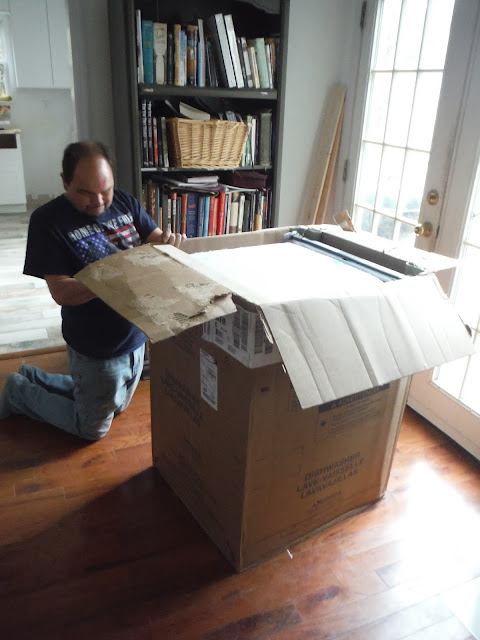 Until we decide on counter tops Mr. Cottage has laid pieces of wood that he cut to fit the tops of the cabinets over them so we have something to work on.  We’re still in a toss up as to what to put on them, granite, quartz, porcelain or butcher’s block we’re trying to hustle before Mr. Cottage heads to Germany for three months. It would be so much easier if the fabricators would actually get back with us. 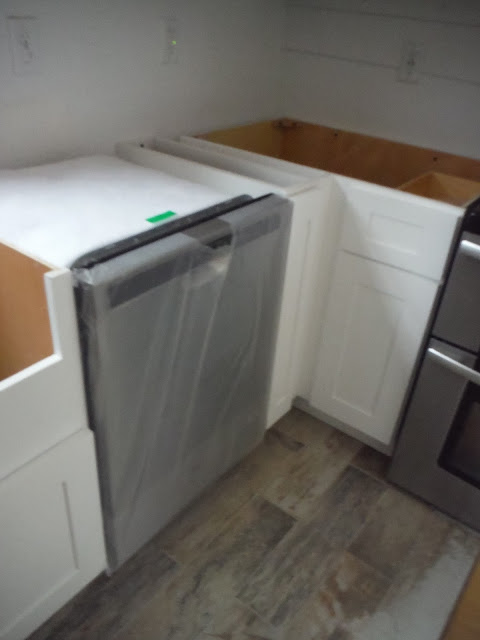 In the meantime, we are hunting something rather large something that came in with the house plants. Dude, seriously? Did we say you could make a home out of our hibiscus? The manners of some people… Don’t even ask to come in, talk about an unwanted house guest. 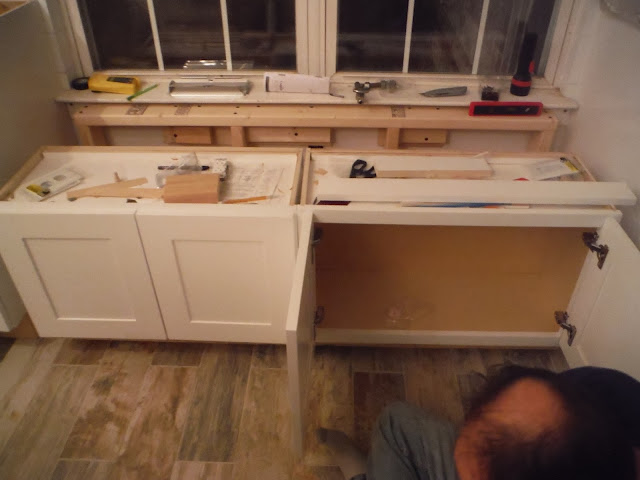 It’s been unaffectionately dubbed ROUS (you know The Princess Bride- Rodent’s Of Unusual Size), and Jaw’s jokes are flying around our Cottage like bread before a snowstorm. Now you should know something about we girls, we hate ROUS (unless they are bunnies, or chinchillas, or hamsters- you get the idea), snakes, and spiders. Here you are saying to yourself “But you live in the country”. Hehehe, yeah Ironic isn’t it? 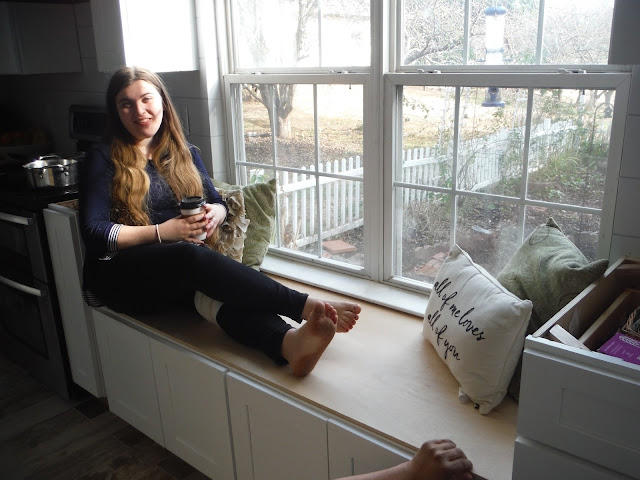 Anyway, Mr. Cottage got the window seat in, it’s to swoon for. Seriously, I think it’s my favorite place in the house, you don’t even have to get up to get coffee. I’m going to sleep there next time we have a house full… set the program brew on the coffee pot and use it as an alarm clock. We also got the under cabinet lights up! Yay!! They kind of remind me of a movie theater, but they are awesome! 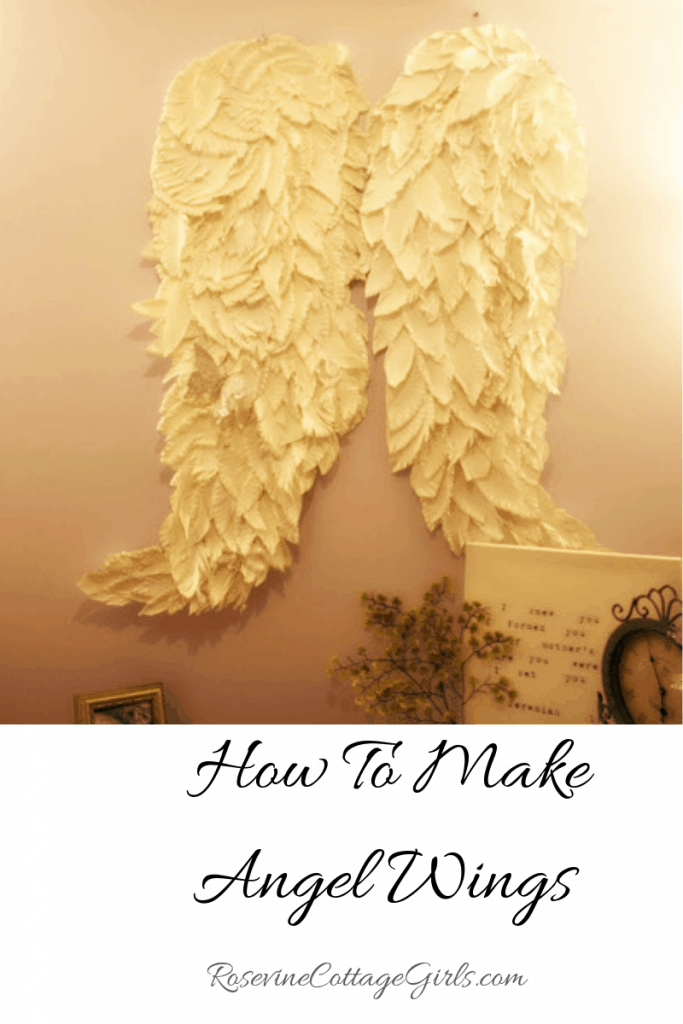