Here we are again, Trading the number at the end of the year. Transitioning from 2020 to 2021, maybe you excited ready to embrace everything the new year holds. But maybe 2020 was really rough, and you’re limping by, disappointed and battered, just surviving until you make it to the next year. Trying to figure out how you can let go of the past.

I don’t know what you’ve been through. The pain and heartache you’ve experienced but God does. He’s seen every tear wept into your pillow. He knows every disappointment, every lost dream, every burden on your heart. New Year’s for many is a time to look back. To reminisce over the last twelve months and see how far we’ve come. It’s a time to let go of the past and embrace the future. 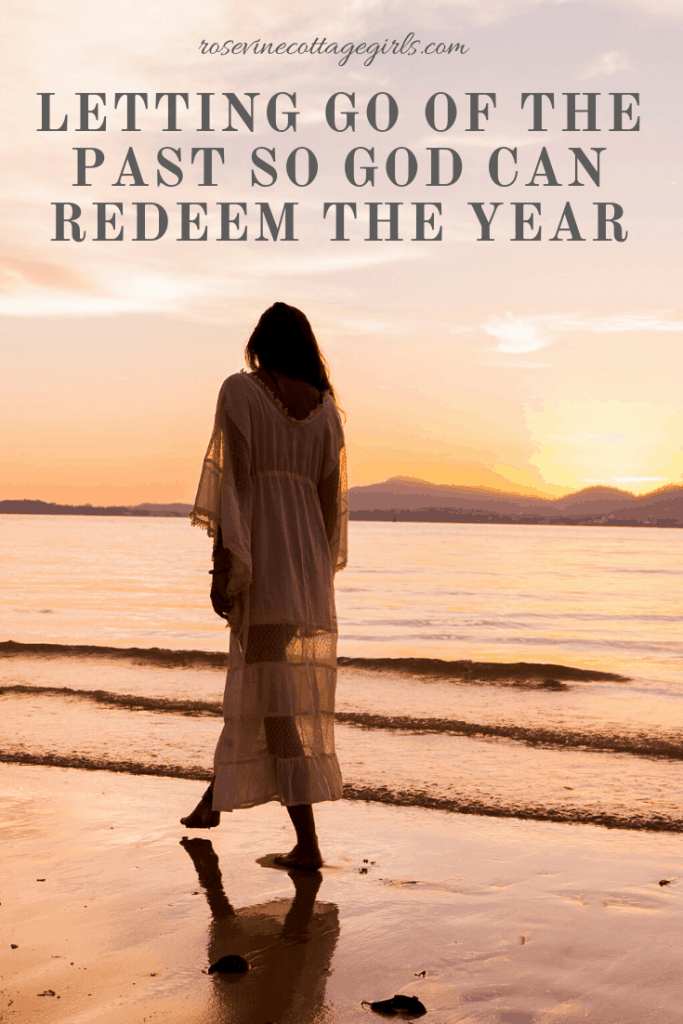 Learning To Let Go Of The Past: Exodus 14

I find myself thinking of Exodus 14 as the people crossed the red sea, no we may not have experienced what the Israelites went through but in our own little ways we can relate to their storm. We can relate to the exhaustion, the fear of the unknown, and we can relate to their resilience. Don’t believe me? Look at yourself, you’re here. You’re still standing. Still walking. Sure you may have a few dents, a few scratches that weren’t there before BUT YOU’RE HERE. No learning to let go of the past year isn’t easy, but you’ve made it so far.

Learning From Our Past

You see resolutions are cheap, we break them almost as soon as we make them. But Resilience? That’s priceless. That’s what keeps you trudging after God when everything in you wants to give up. It keeps you clinging to God while you’re walking through the fire. Resilience is forged in the storm when your only choices are to give up or keep going. You, my friend, are resilient.

Often once we are out of the storm, we just want to keep going but when we do we miss what God was doing in the storm. Turn around, look back and see what God did in your life over the year. Find His fingerprints, find the “pillar of fire and cloud” trace back over the year and find where God met you right where you are. Where He drew you away from something because He had something better for you. Letting go of the past so God can redeem means finding the moments and letting them wash away everything else. 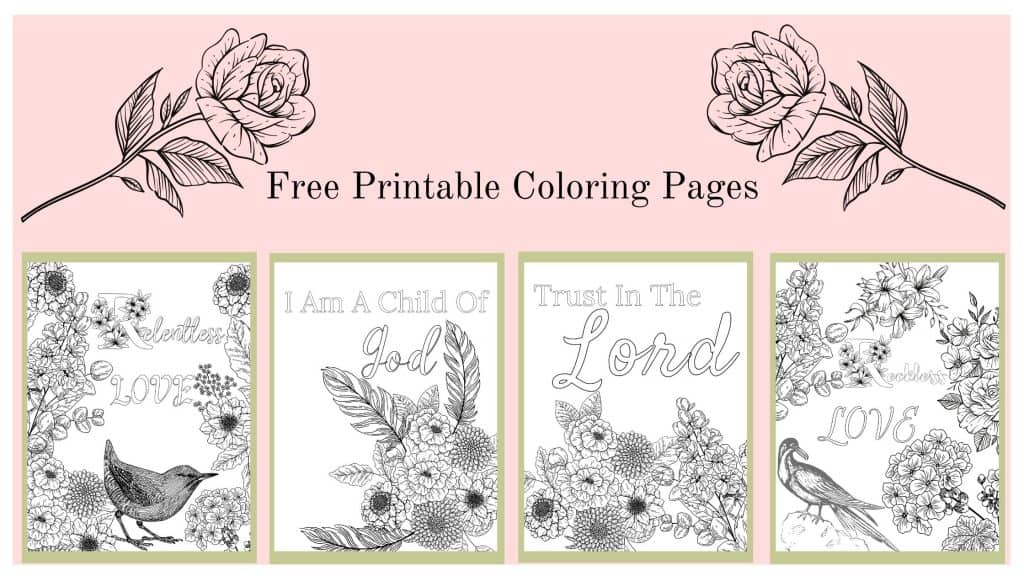 If we back up in the story Egypt -the thing they are fleeing from- had been the escape, but now it’s the thing that’s enslaving them. They were forced to do a job that they didn’t have the resources or the supply to do and what had been a good thing when they came was now was threatening to overwhelm them. Until God moved and sent Moses to convince Pharaoh to set them free.

The Bible tells us that Pharoh didn’t want to let the Israelites go because they were valuable, and so here they are with their backs against the red sea and the full might of Pharaoh’s army coming after them. And they begin crying out- isn’t it ironic that when we are hard-pressed, when the storm bears down on us all we see is the water and we forget the promises God made to us. We start wallowing in the past, in old habits and patterns instead of trusting that God’s got this. I love God’s response to the Israelites in Exodus 14:15  “Why are you crying out to me? Tell the Israelites to move on.” (NIV)

You’re not going to see the purpose until you are on the other side of this season, so keep walking. Keep pushing forward, keep clinging to God, keep reading your Bible, keep feeding your soul, keep worshiping and praising God for the breakthrough even though you haven’t seen it. God’s already promised to see you through, He’s brought you out and saved you for a purpose.

God Is With You In The Storm

The proof that you belong to God isn’t that you didn’t go through the storms, but that you walked through them and they didn’t kill you. What you see as an inconvenience or a trial may be the very thing that God wants to use to be a lighthouse for someone else. Our perspective is so limited, but what happens when we step back and look at the big picture? Where did God save us? What did He use to set us free?

We aren’t just saved from our sins, we’re saved for a purpose. You and I, we have a purpose, a mission. God didn’t bring us to this point, with our backs against the water to leave us here. See God knew we would be here before we ever entered this year. What looks like a trap to your enemies, because the Lord is with you becomes a path.

The Lord Will Provide In The Midst Of This Season

The Bible says that the Israelites crossed the red sea on dry ground. Think about that for a moment, it says dry ground, not muddy. God parted the waters with a strong east wind all that night and allowed them to walk across the seafloor -a place no man had walked before- on dry ground. Have you ever been to a lake when the water was down and tried to walk through the revealed ground only to find it muddy? And yet the ground is dry. This wasn’t a spur of the moment decision on God’s part, He already knew they were going to be here and provided for their needs.

They’re walking through a perilous situation, the water could collapse and drowned them in an instant, the might of the entire Egyptian army is behind them ready to destroy them, the unknown before and all they can do is keep walking. As they begin to cross over to the other side of the sea, the Egyptians chase after them. Can you even imagine? Just as they thought they were free, that they had gotten away they look back to see the Egyptians are following them. Sound familiar? Just when you thought you were free that old habit raises its head or the old self that you’d thought you’d dealt with pops up again. But for the Israelites, this is a setup. To the Egyptians, this looks like the perfect trap backing the Israelites against the sea. What they didn’t realize was that this was a trap for them, and a set up for God to reveal His power. He needed to show the Egyptians who He was, but God also needed to show His people who He was. This moment is the climax of all of the suffering they’ve been through ready to pour over like a tidal wave and not just impact their lives but the whole land for generations.

Let Go Of The Past And Let God Redeem It

This moment that feels so dark and hopeless isn’t even about them, and maybe that’s the truth about this year. It wasn’t about us. Those dreams we had to leave behind, the dark places we went through, the pain and the struggles, as you fought the same tired battles over and over again- maybe they weren’t about us, but God needed to use our lives to proclaim His power and glory. Maybe it isn’t about what God gave us, but what He’s going to do through us.

And we know [with great confidence] that God [who is deeply concerned about us] causes all things to work together [as a plan] for good for those who love God, to those who are called according to His plan and purpose. Romans 8:28 AMP

Whatever this New Year holds, step into it with all of the lessons you’ve learned from the old year. Let go of the past, and bring with you the blessings, and memory of where God saw you through.