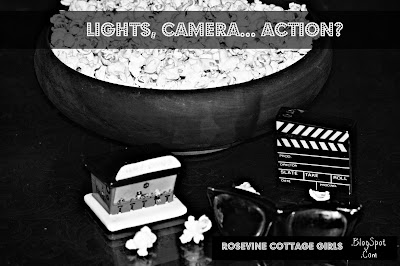 Recently I stumbled upon the Man From Uncle

TV series, and instantly fell in love with this classic spy show! Were in the middle of season 1 and are having such fun finding the actors we recognize. Its such a great family friendly show, and you don’t even have to worry about all that junk that you so often run into with newer movies.

I have to say I was kind of excited to find out about the movie that came out this month. Mr. Cottage took Cheyenne and I to go see it. All in all, I thought it was a pretty good movie. There were three words or so that I would consider bad words. And one scene involving a young lady wearing nothing but a pair of underwear that I could definitely do with out. I like how they kept it in the same time period, and how it gave a little more of an explanation on how the “team” became a team. Over all it was a pretty good movie, the acting was good and I liked the sound track. It wasn’t really gory like lots of movies- which surprised me being a spy movie. But I think I still like the old one best 🙂 I guess I am the classic kind of girl.