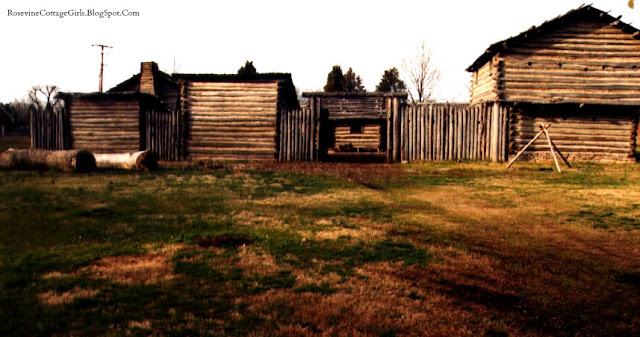 Mansker’s Station was a colonial American fort set up to protect the people from attacks during the Native Americans Wars. It was built by Kasper Mansker who was a Virginian long hunter. The photo above is a reproduction of the original building that you can visit today.  It is located in Goodlettsville, Tennessee. This is not the original location of the fort, it was a few miles away on Mansker’s Creek. It was a log structure like the one above that he built in 1780.  This was one of several forts built upon the trail called Avery Trace.
The Avery Trace was the main way for people to get from Knox, TN to the fort out west in Nashville. It was a was to encourage settlers to move west. The area of the road was Cherokee hunting trails following buffalo. It connected a string of colonial forts from Campbells Station to Fort South West Point then to Fort Blount from there it went to Bledsoe Fort than to Manskers Station ending at Fort Nashboro.
This would provide protection for families that lived in the area from attack but also provided a place to rest for travelers along the way. 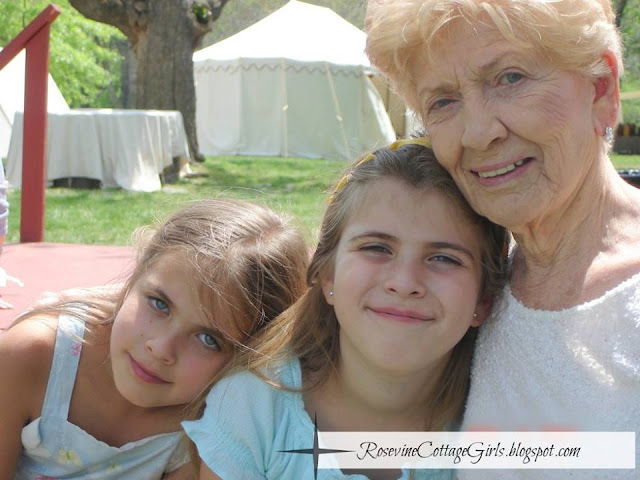 The Avery Trace was once nothing more than Native American hunting trails that connected the area of what is now Knox, TN to what would later be Nashville, TN. It was later widened to a ten-foot wide road by hired soldiers. The soldiers were given land grants of 800 acres in exchange for one year of work. The project was started in 1787. Our 6x great grandfather Archibald McCaleb was the co-founder of one of the forts named Campbell Station and it was in what later became Knox County, Tennessee. Archibald was one of the people that petitioned the government to widen the trail that became the Avery Trace road. Campbell Station is no longer in existence sad to say so we have no way to experience where he lived, but he and his wife Mary with  David and Margaret Campbell settled there on March 7, 1787. Archibald had a 350-acre land grant.  While living at the fort Mary gave birth to our grandpa Andrew.  There are documents that speak of their life there at the fort.  It tells of attacks from the Native Americans and theft of their horses and the hardships of life in the 1700s. The families started the building by initially building one cabin for the Campbells and then they built the McCaleb cabin. Soon others joined them and began building their homes.

Archibald fought in the American Revolution and the war of 1812 but was killed by the Indians as he traveled to join Andrew Jackson September 16, 1813. 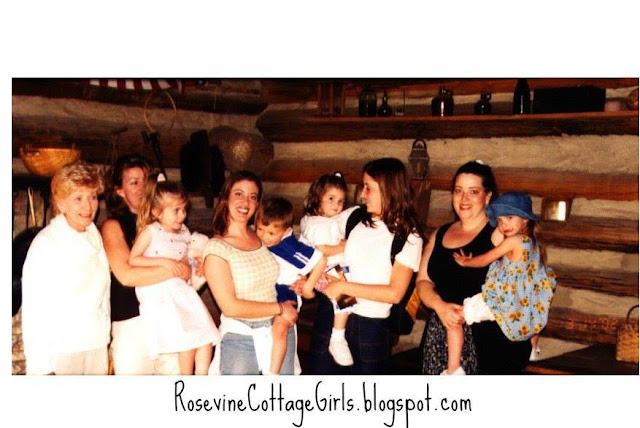 This is the big house and is used as sort of an Inn above for single men. There are also cabins for families.  The holes are for shooting in the event of an attack. 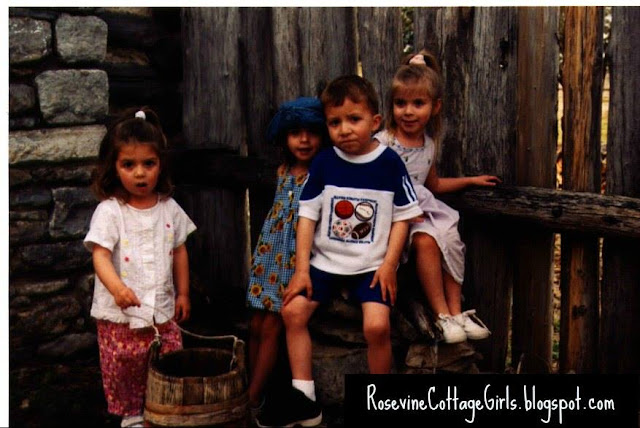 Water is an important part of survival.  Here the children are gathering water. 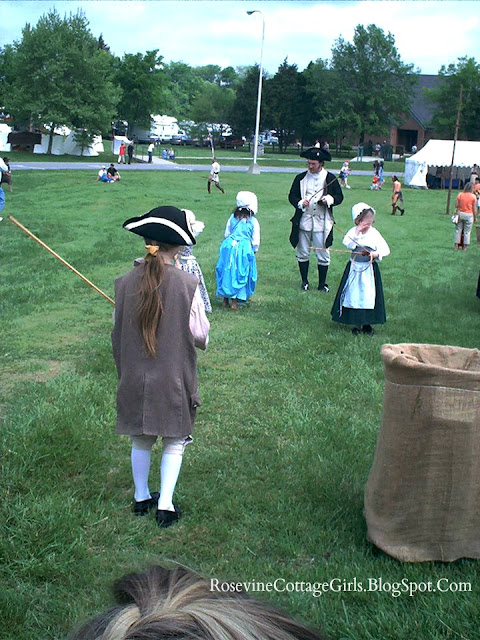 A great event that helps teach the public about life in the 1700’s in America. 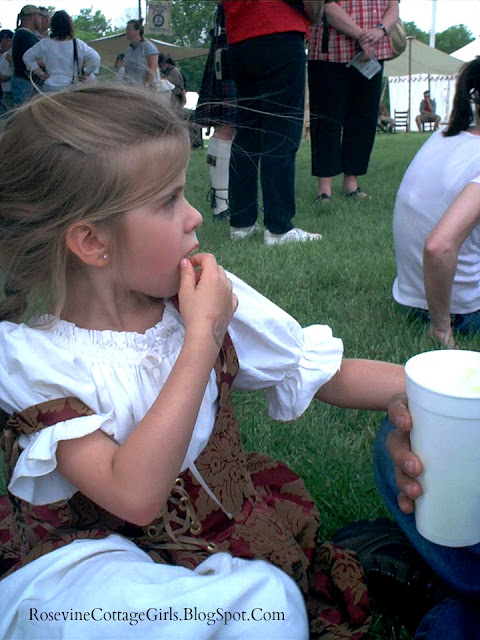 Me all dressed up. 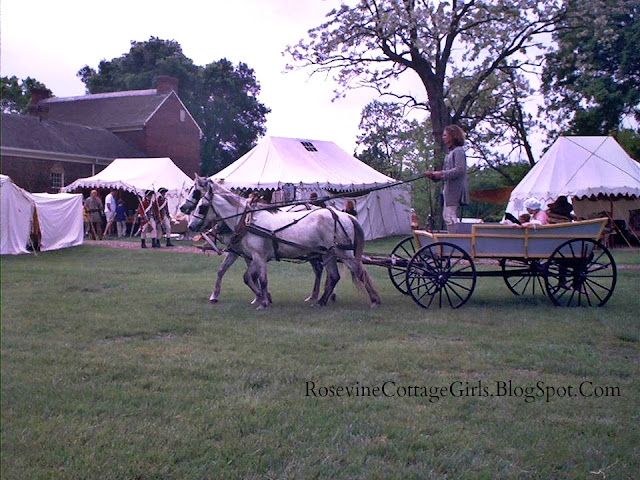 Care for a ride? The horse and cart or ox cart were important items to have.  You needed the animals for transportation but also to get your grain to a local mill for preparation. 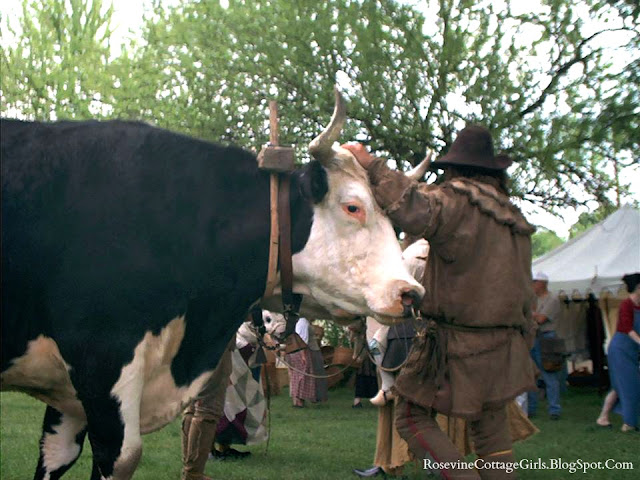 An ox ready to pull his cart. 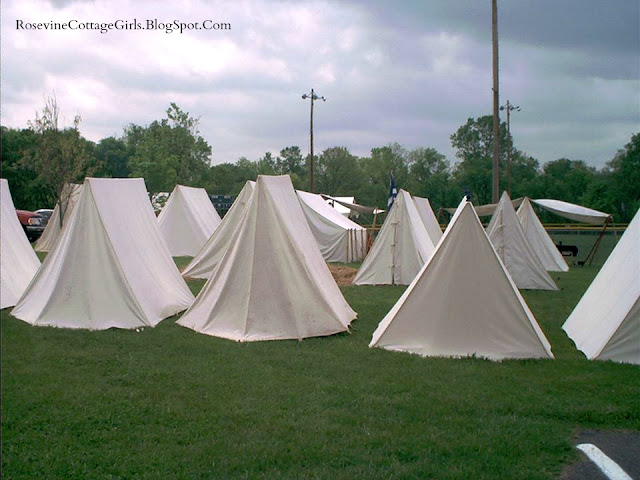 Military tents at the ready for nightfall. 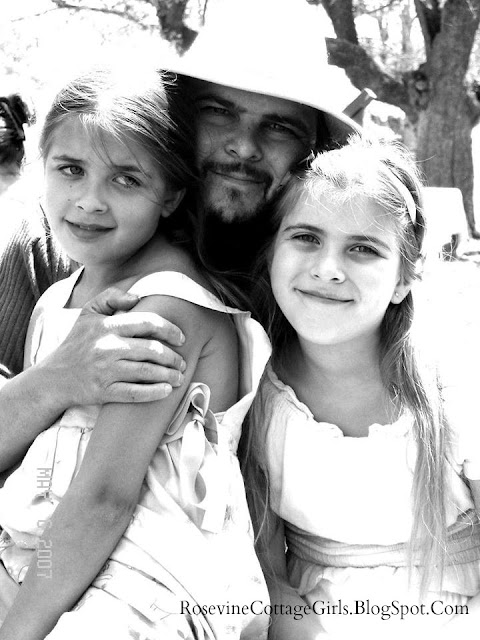 In 1781 the fort was abandoned and everyone one move to Fort Nashbrough in Nashville. Two men returned for their possessions the next day and were killed and the fort burned. Manskers came back in 1783 and built a bigger fort a mile away from the original location and lived there with his wife. 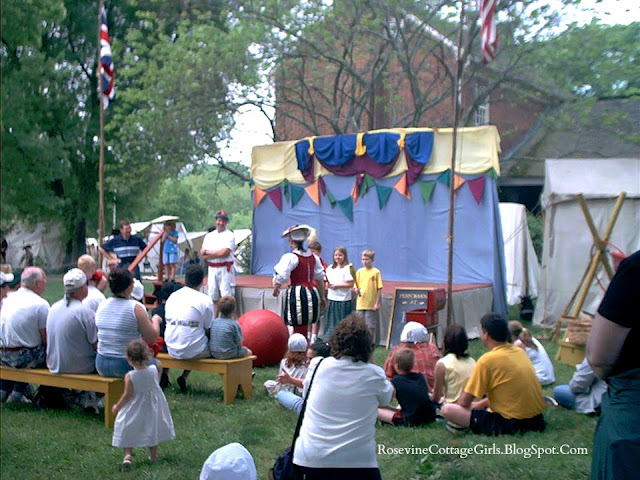 Amongst the forts many visitors was President Andrew Jackson.