Skip to content
My time in Germany is coming to a close, part of me is happy to be heading home and getting to see my family again but another part is sorry to leave. There is so much left I would love to see, so many places I would love to experience. Today we are on the road back from Simmerath, I didn’t have time to look around the city because we were here to work but we got a chance to stop at this war cemetery. 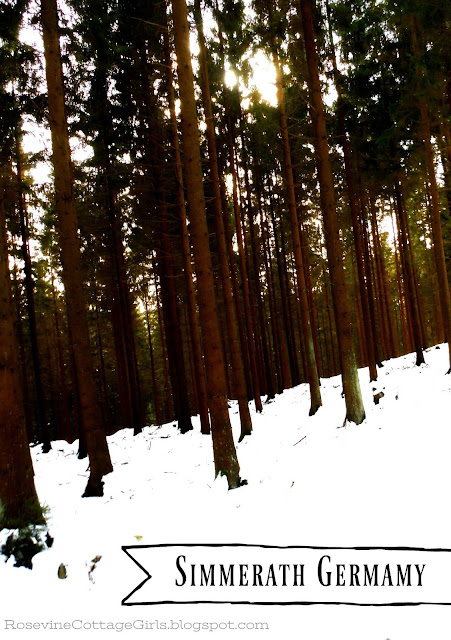 There is something striking about the pure white of the snow against these headstones and tall trees as if everything sleeps. Our crunching footsteps seem to echo and disturb the forests rest. I can’t help but think of the poem by John McCray it’s one of my daughter’s favorites… Between the crosses row on row… History is an amazing testament, yes some of it is ugly some of it is hard to remember, some of it we wish we could forget- but it’s exactly why we can’t.
In the news here in America, the news is littered with the stories of statues and plaques being torn down because they are offensive or they make us remember something we don’t wish to remember, and yet isn’t that what they were made for? So we wouldn’t forget? The good and the bad. Somewhat like the stones, the Israelites took from the Jorden river in Joshua

“In the future your children will ask, ‘What do these stones mean?’ Then you can tell them, ‘This is where the Israelites crossed the Jordan on dry ground.’ For the Lord your God dried up the river right before your eyes, and he kept it dry until you were all across, just as he did at the Red Sea when he dried it up until we had all crossed over. He did this so all the nations of the earth might know that the Lord’s hand is powerful, and so you might fear the Lord your God forever.” Joshua 4:21-24 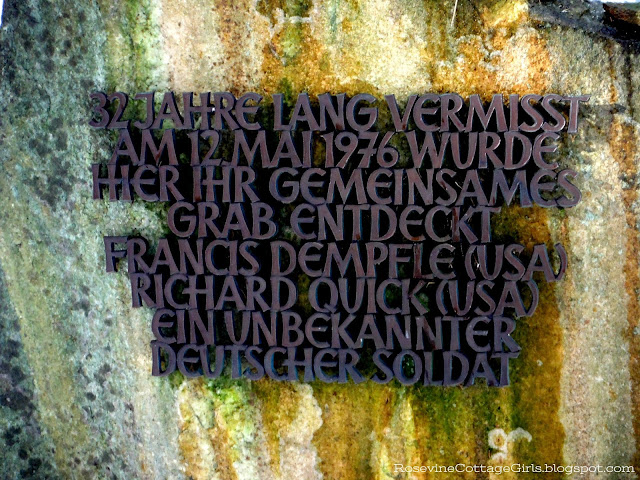 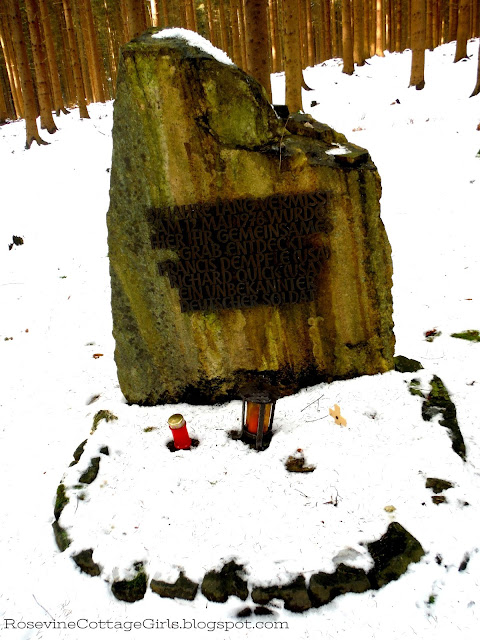 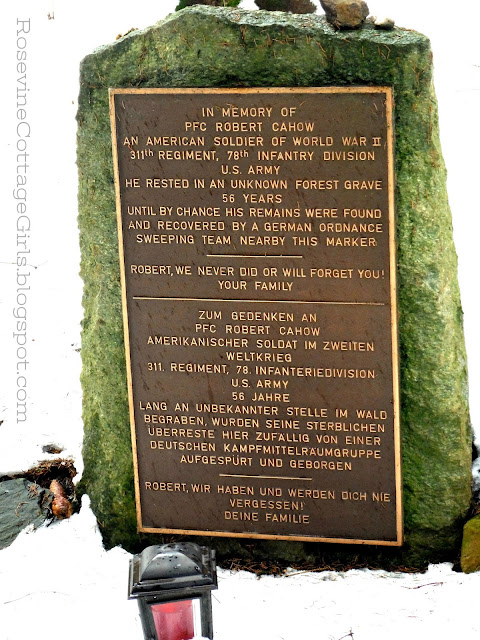 By mid-September 1994 the Allies had pursued Nazi troops after the landing at Normandy (D-day) back into Germany, the next objective was to secure the Ruhr River and its dams to prevent Nazi soldiers from flooding the Ruhr valley and halting down Allied troops. However, supply lines were stretched thin and the demand for fuel couldn’t be maintained that coupled with growing resistance slowed Allied forces down. 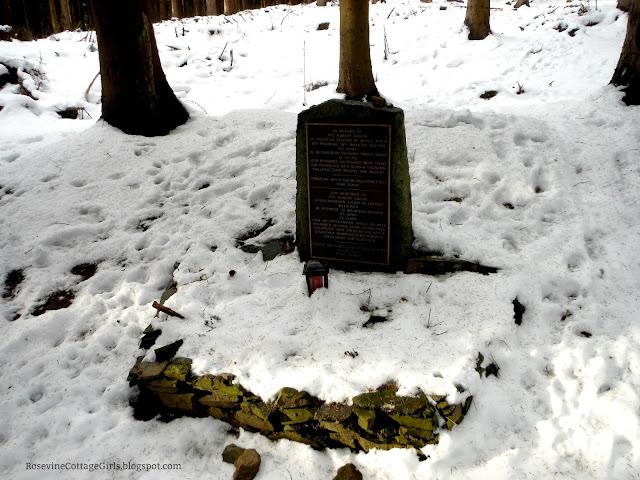 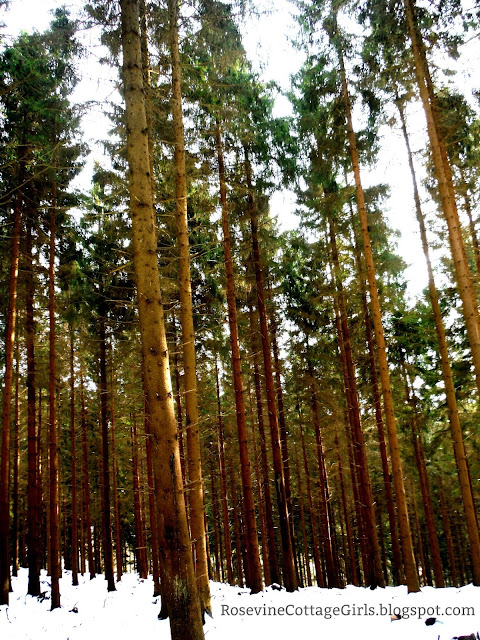 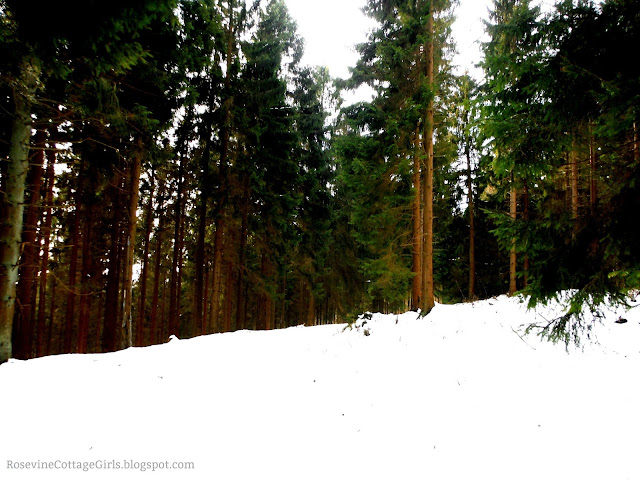 To reach their objective, Allies had to fight their way through the dense forests. The German forces were ready for them, it had been prepared for a situation like this, years before. Bunkers had been built and trenches along with anti-tank obstacles. Now it was reinforced with minefields and barbed wire. Autumn rains and early snow would help camouflage it. The result was a world war 1 style of trench fighting for a hundred yards only to be lost the next day with extensive casualties. By the end of the six months of fighting around 33,000 American and 28,000 German soldiers lost their lives here where my feet stand today. 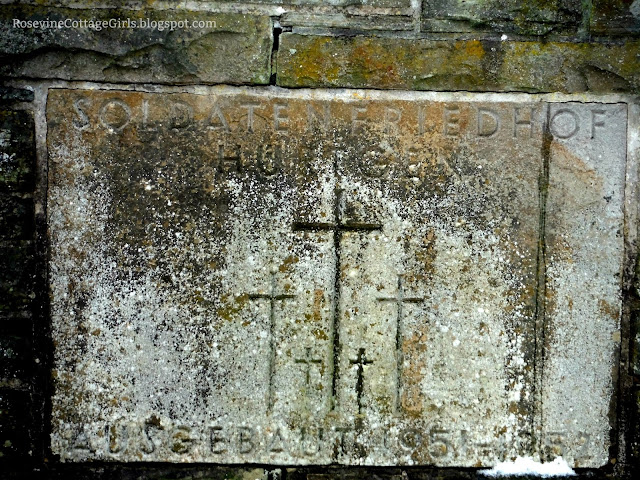 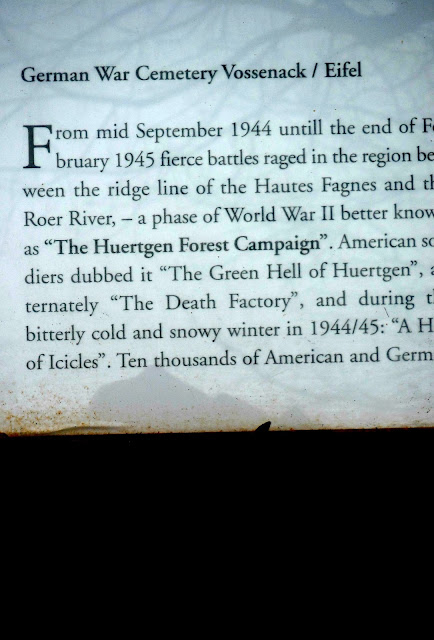 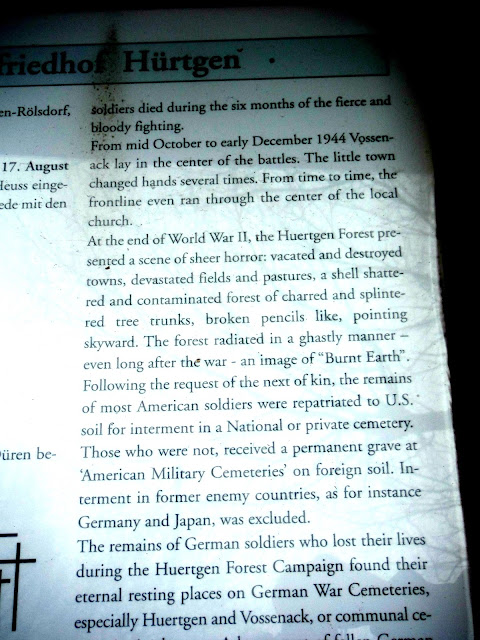 But in the middle of the carnage, brutality and loss of war emerge stories, the story of a German soldier who gave his life attempting to save an American soldier lying wounded in a minefield and a German regimental doctor who negotiated an unofficial cease-fire so that they could treat German and American wounded. 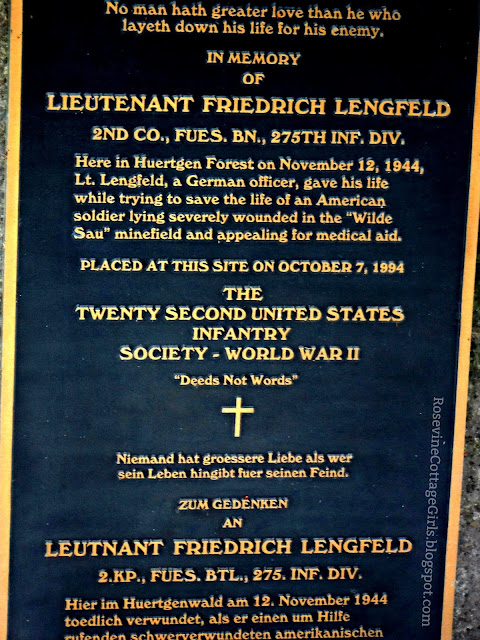 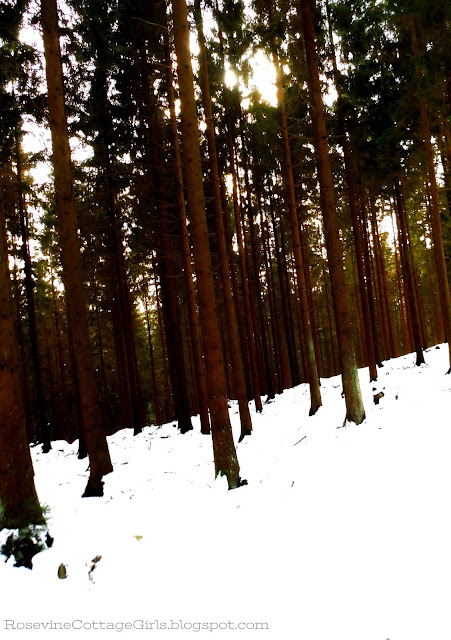 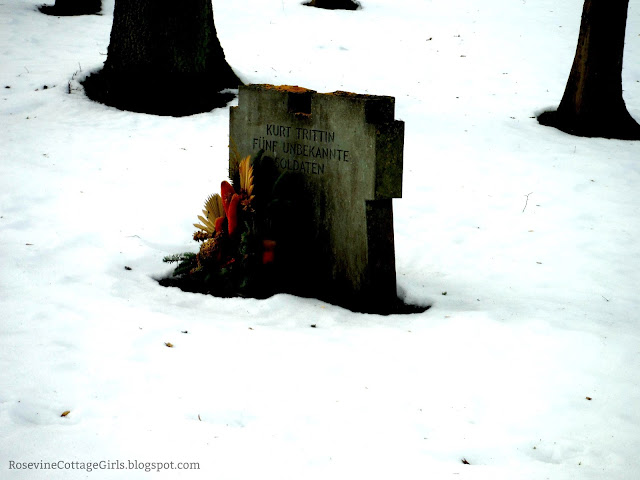 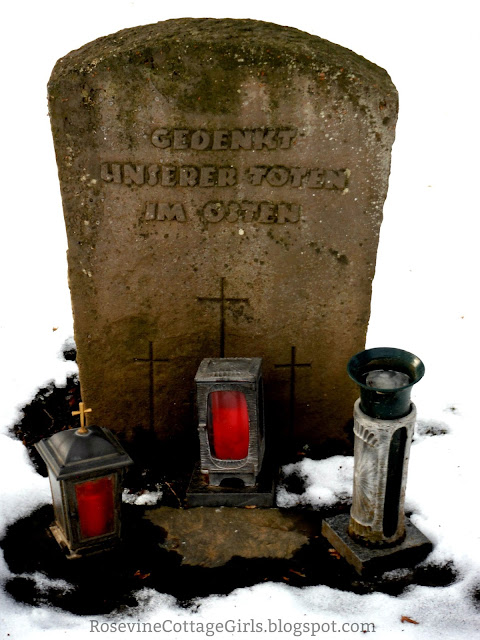 All too soon our bus loaded up and we hit the road again, back to Stadallendorf and then on to the states. 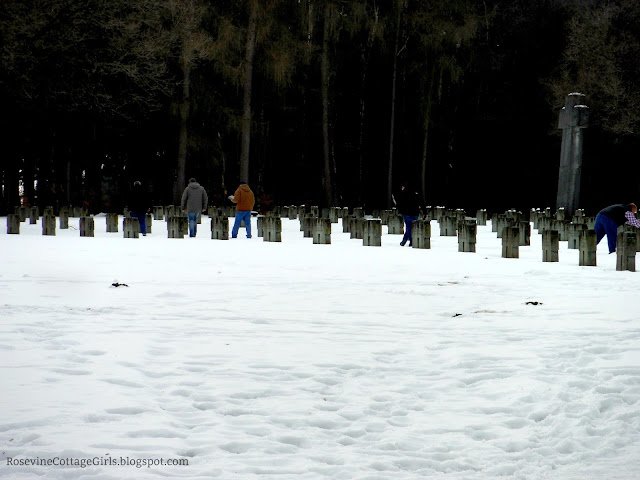 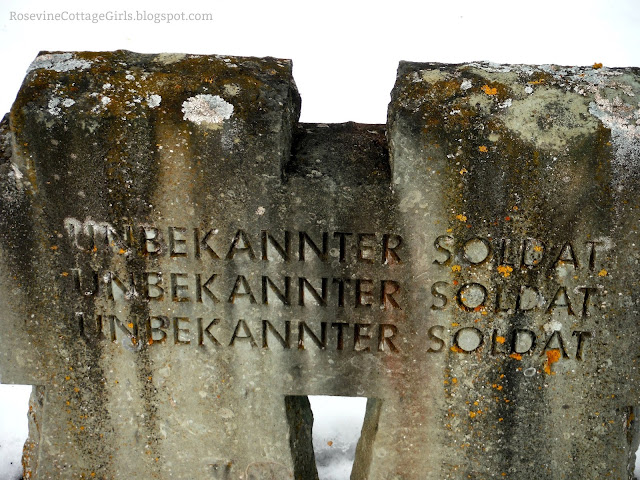 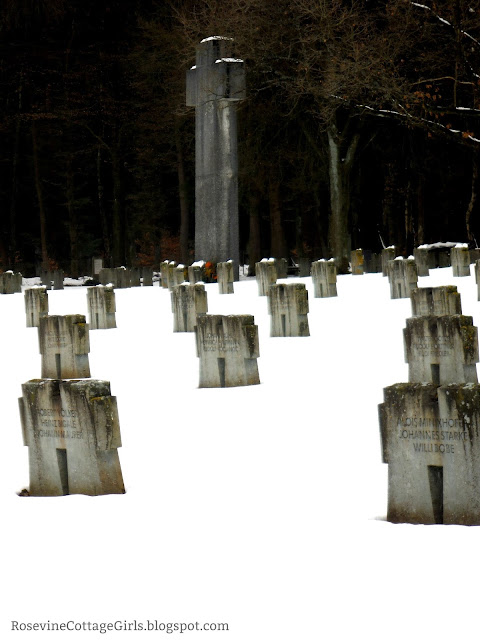 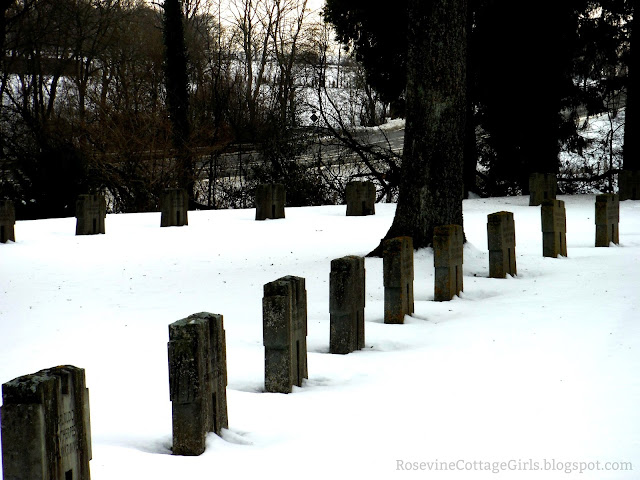 This trip has been amazing! Spending 3 months in this beautiful country and getting to walk the same streets my ancestors walked before immigrating to America was such an amazing experience. In some small way, I feel I know them better though I never met them and perhaps in some small way I know myself a bit better. I’ve enjoyed every moment of my trip, every early morning trek in the snow and taken so many pictures but now it’s time to go. My suitcase is overloaded with souvenirs from my adventures! I can’t, however, say my German has improved much since I arrived here. 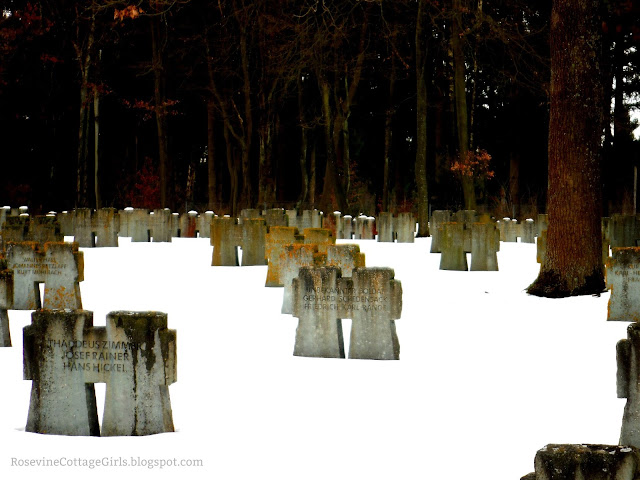 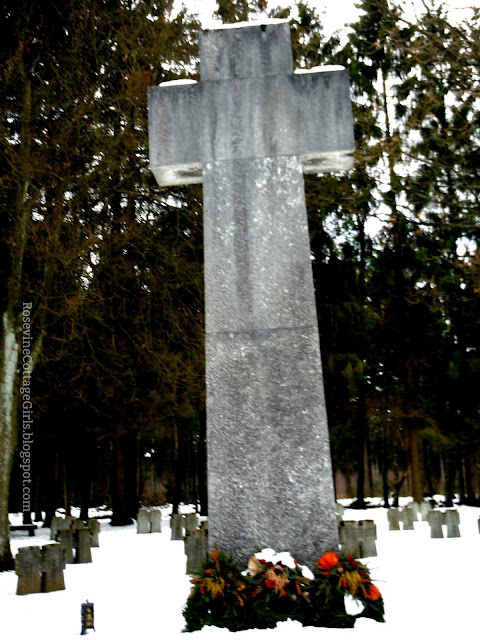 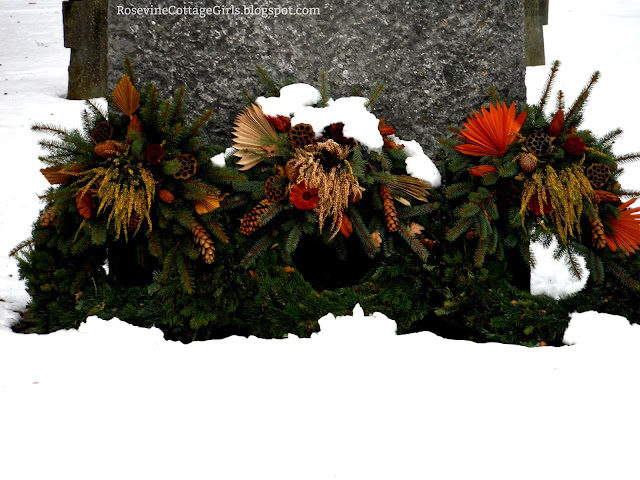 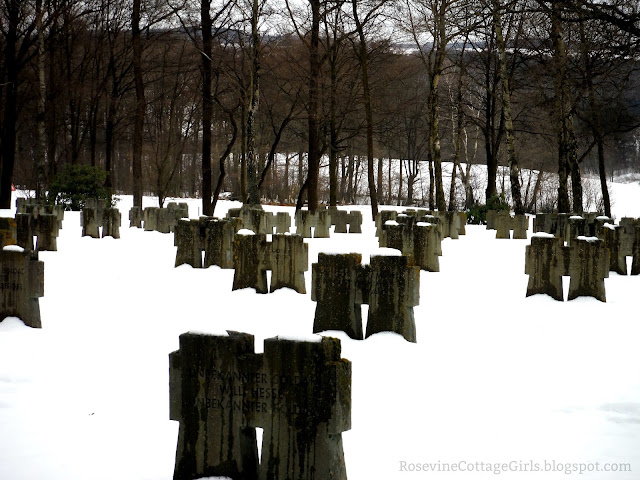 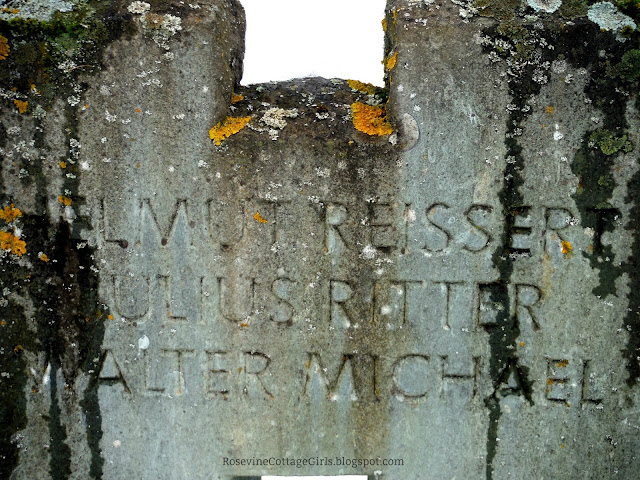 If you are new to my 3-month stint in Germany check out all of my travel logs under Germany HERE. To those of you who have traveled with me to each stop through these articles, thank you. It was a pleasure to share my adventures with you and I hope you learned as much as I did. I pray that you take something meaningful away from the research we’ve done on each place we wrote about and the stories I told. What was your favorite stop? Tell me in the comments below! 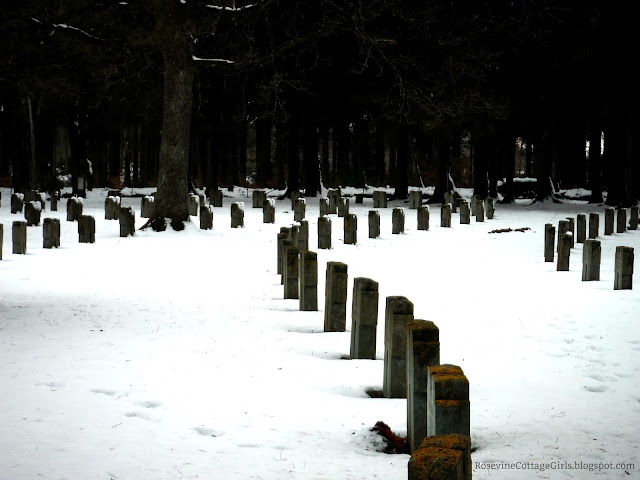 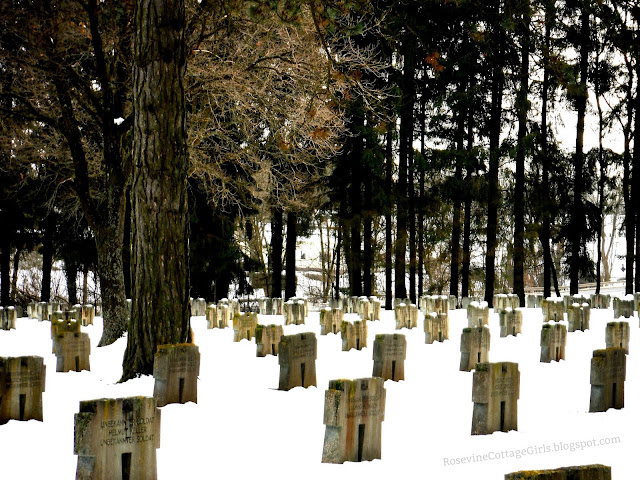 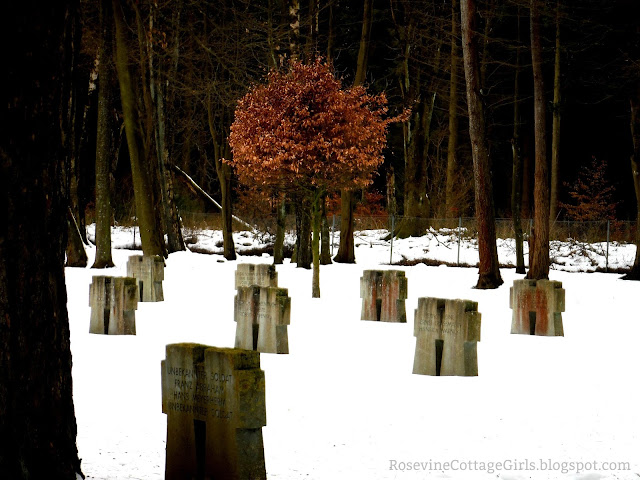 Mr. Cottage -signing off for the very last time from Germany.
End of Log…