Well, it’s the end of week one and I’m finally sleeping- you can stop giggling girls they think all I do is sleep and eat. (*We are in fact not giggling because he drug us out of bed to edit for him ~ Rosevine Cottage Girls*) Who is writing this post? Ahem, anyway I thought I would tell you a little bit about my week.

I took your advice and bought my mentor a couple of small gifts. I got him a t-shirt from Nashville, TN, and an American Calendar. I know you guys said key chains and postcards and stuff but I could not find a Tennessee postcard or key chain anywhere and was running out of time. 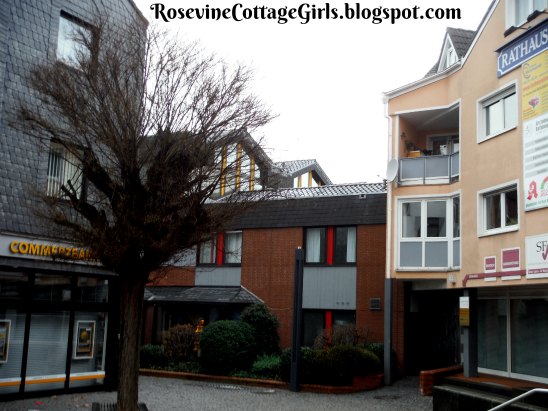 Everyone has been very kind to me and I have been enjoying my time here in Germany. I am trying to practice my German language but my mentor (who also only had one week of English Language as I did one week of German) wants to only speak in English to practice his skills. I must say, he is better than me. He has been good to me and I am helping him with his English terms which happens to scare the girls to death because of my Kentucky English. 🙂 Ha ha! Don’t worry, he will talk Gut English! 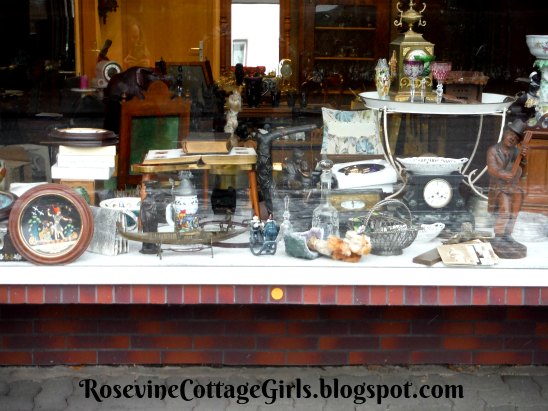 I ran out of time getting my money changed over. Note to those leaving the country, do it early. The bank has to order the foreign currency and it takes a few days to get it in.  So I went to another country with only American money. I was told not to get it done at the airport because it is expensive so I just went on with the trip and thought that I could do it at a German bank when I got here. Upon arrival, I was told that the local banks don’t exchange money unless you have a bank account there and that you have to go to a bigger city like Berlin to exchange the money. Not sure how I will do that. I have been given a per Diem for food and for now that is fine. It is about $40. a day and I am easily able to live on that. The breakfast is free at the hotel, lunch is at the cantina at work and dinner in town or at the hotel. 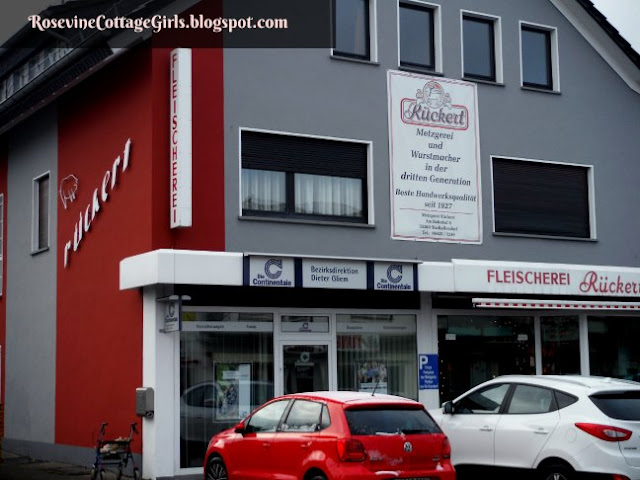 The town I am in is small and during WWII it was used as a munitions center.  It was at one time the largest munitions center in all of Europe producing munitions in one building and explosives in another.  Actually, the hotel where I am staying was one of these facilities and they during the war had grass on the roof so it would hide it from the allied forces. These buildings were in the forest to hide them and they were not discovered by the Allies for the duration of the war. These were staffed by Germans, forced foreign laborers, and concentration camp prisoners that were in the surrounding camps. In the 90’s they worked on cleanup of the area and found 3 tons of TNT *unexploded* 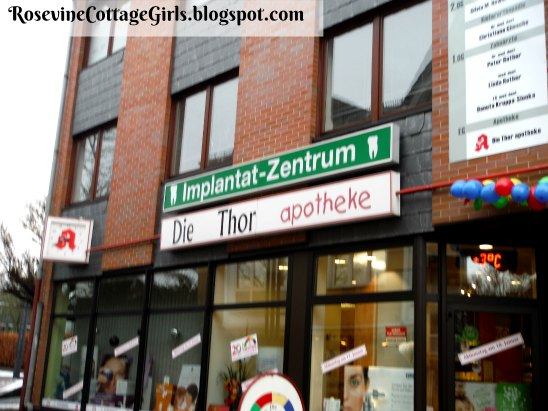 The weather is in the low thirties (F) here in Stadtallendorf  Germany, but it does not feel that bad and was able to go out for a walk. Most everyone walks everywhere. I was shown around town and to a local bank where I will try to get some of my money changed.

I am hoping to travel to a local college town Marburg and maybe I will have some luck with it there if this bank is not able to. I hear the town is a beautiful medieval town and there are many that speak English there since there are many students there. I am hoping because of the student population they will be able to do the exchange for me.  It is a 15 min train ride from here.  I hear there are beautiful churches and other buildings there. I’m so excited to share it with you. 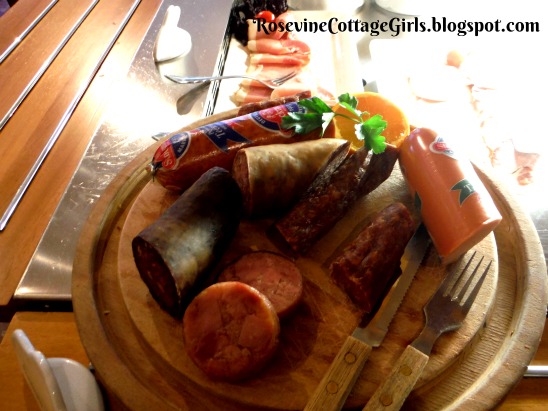 I am looking for a church to attend tomorrow. The only ones I have seen so far are Catholic. I hear that the northern areas are more protestant so Catholic worship services may be what I have here.
The ones that I have learned about are the church of Hatzbach, Church of Erksdorf and Wolferode Church.  I will try to get photos of them for you. 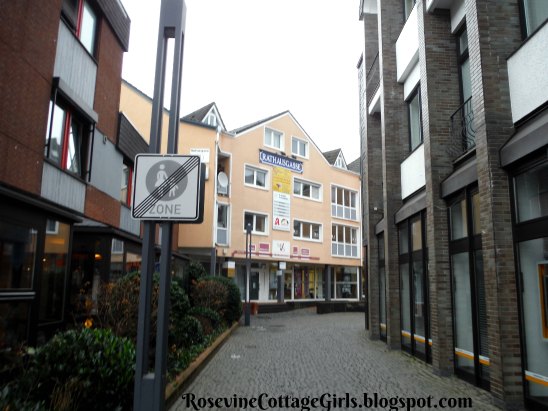 I’m enjoying the food here, The girls tease me that all I do is eat while I am here in Germany! I assure you, it only seems that way (ahem). The cantina at work has some amazing chef’s that work there.  I would like to take them back to America with me. I am amazed at the taste and portion size of my meals.I had a sausage dish with vegetables that I don’t know the name for but it was wonderful.  I was able to go out to an Italian place with the people from work and had a wonderful pasta dish. I don’t remember the name but the sauce reminded me of a hollandaise sauce but a bit thinner.  Last night in the hotel I ordered the ravioli.  The plate was so full that I couldn’t even eat half and then I gave my leftovers to another guy I was with and he ate until he was full and still we couldn’t finish it. 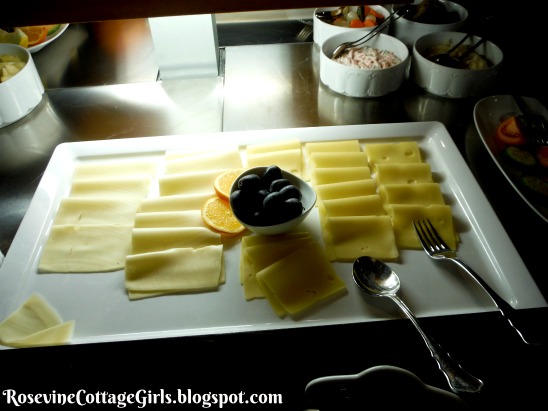 For breakfast’s I usually have yogurt with fruit, some bread and cheese and sliced meat that I think is ham. Water (which is all I drink) has been interesting to find. Mostly they have mineral water and not regular water.  I don’t really care for the mineral water. If you have not had it, it is a bubbly water.

I went to the Aldi here and looked for water and I only found mineral water there too.  Finally, at a little shop, I was able to find 8 bottles of water and was so excited to find them.  I was like a little kid with candy. 🙂 I was told it was considered rude to order water here in Germany and that you are supposed to only order beer or wine with your meal. 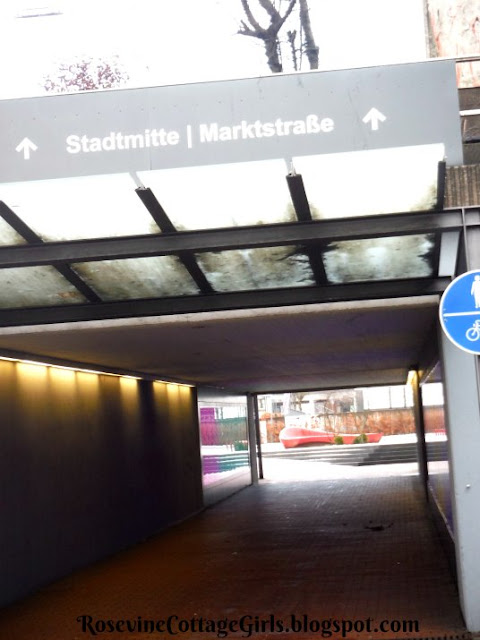 I had training today and I was taken on tours of the facility. Boy, I got tired quick, our mentors got a kick out of us. They asked if we wanted a “birds eye” view- thinking they meant on some kind of machine we said “sure”. And before I knew it there I was, up a ladder and standing on the roof. Now, most of you probably don’t know this but heights and I don’t care for each other much. I don’t like it, and it doesn’t like me (long story, maybe I will share one day). 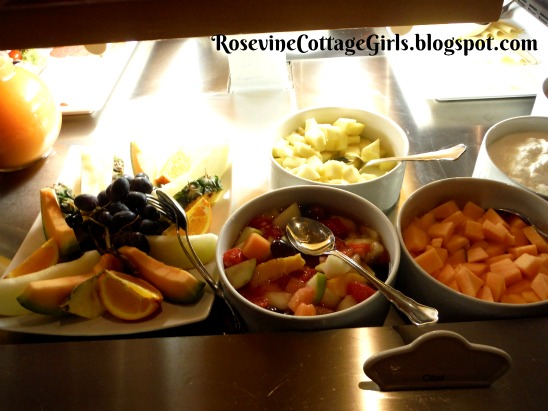 Next week I will be training at the hotel, and no- by training, I do not mean sleeping. The week after that we start on forklift and crane training- no girls, no one is going to get hurt. After that, I’m headed on a 3.5 hour trip towards France (shhh don’t tell the girls) for still more training. I am hoping that I will have time to go over and visit France while I am there. 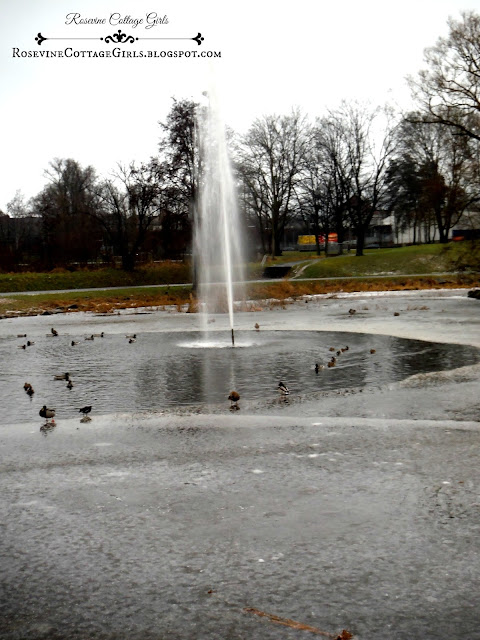 After the first tour, it was lunch time, I had stroganoff, It was “gut” (good). Then they took us on another tour for a closer look at what we will be training with and more stairs. Now I have a question, why did I, a guy with short legs get stuck on the tour with someone with very long ones? 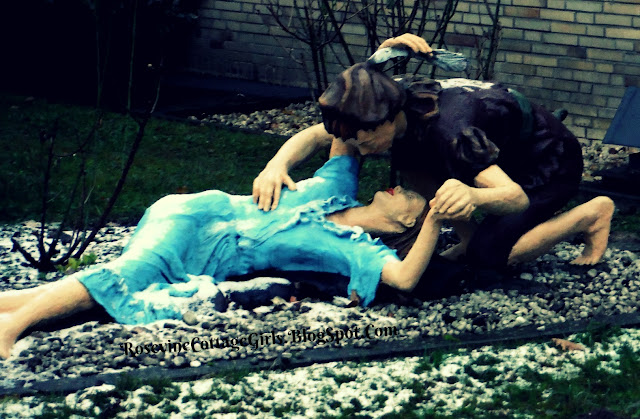 Oh well, I made it (girls stop laughing I can hear you from here). 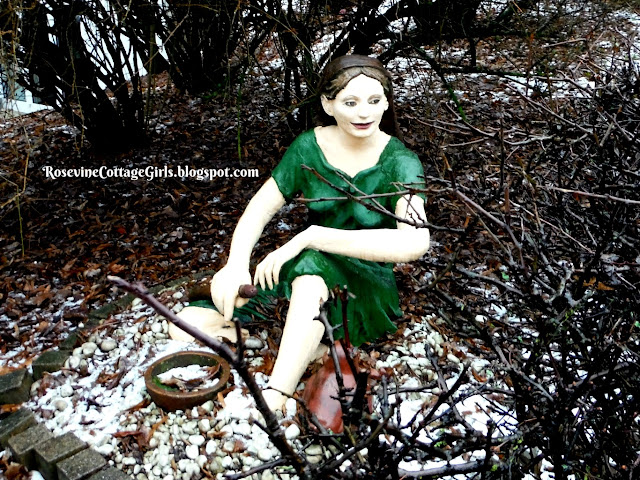 I also learned there is a chocolate factory (Ferreo Rocher) in this small town.  I wonder if they give tours? I think I can use some chocolate in my life. Turns out its right next door. When you’re outside it’s an unusual smell of molten metal and chocolate. We were told they make more tons of chocolate than they do molten metal. That’s a lot of chocolate! Oh yeah! 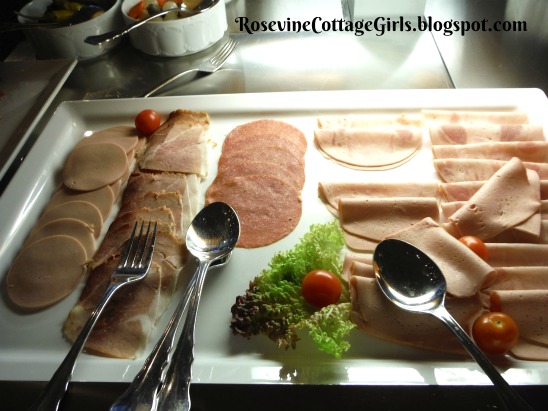 Contents hide
1 Related Article: American Guy In Germany
2 Before you check out our other Germany travels:
3 Download Our Most Popular E-book for Free Today!
Read my next post here: 8 Days In Germany
Mr. Cottage
End Of Log.