Contents hide
1 Frankfurt Germany
1.1 Related Post: Travel: Mission San Juan Capistrano –
1.2 Some of them were
1.2.1 To see the church go to:
1.2.2 Before you check out our other Germany travels:
Saint Bartholomew’s Cathedral
The next church I visited here in Frankfurt Germany was the Kaiserdom or Frankfurt Cathedral or the Frankfurter Dom in German. It is also known as Saint Bartholomew’s Cathedral named for the apostle of Jesus Bartholomew.
The Apostle Bartholomew was born in Cana in Galilee and became a follower of Jesus. After the death and resurrection of Jesus and after the day of Pentecost Bartholomew and Philip were chosen to travel across Asia Minor and spread the good news of Christ. 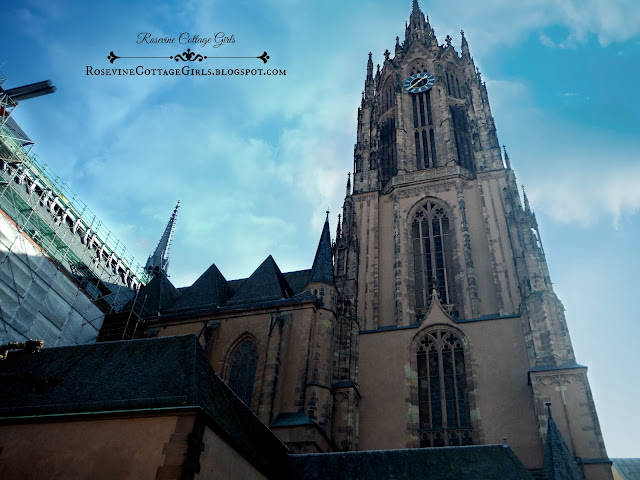 Philip traveled also with his sister Mariamnne and she also preached the good news. As they traveled through Syria and Myzia they suffered much persecution and were stoned and jailed. When they met up with the apostle John and traveled together to the village of  Phrygia. As they traveled through the city of Hieropolis in modern Turkey they came upon people that were worshiping a huge snake as their god and they prayed for the people and the snake died and many miracles were said to happen while they were there.
Many people were healed including a man named Stachys.  He had been blind for forty years and had his sight restored and was baptized and the apostles came to stay at his home. The prefect had heard of this and ordered the apostles to be arrested and the home of Stachys to be burned down.  They crucified them hanging Philip upside down.  An earthquake opened a huge fissure in the earth and the prefect, the priests of the snake god and some of the people were swallowed up.  The people of Hierapolis rushed to the crosses to take down the apostles but it was too late for Philip, he was already dead.  Bartholomew made Stachys the bishop there and then he and Mariamnne left Hieropolis and traveled on. Bartholomew traveled with the letter of Matthew and he traveled down to India it is said and translated Matthew into their language and many believed and were saved. 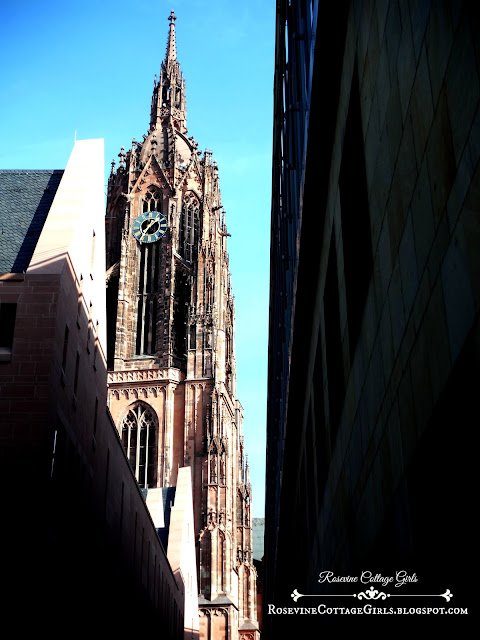 He later traveled to Armenia where he ministered to the king’s daughter and she was healed. The king, his wife and family and many others believed and were baptized but the King’s brother and the priests conspired against him. They arrested him and had him hung upside down on a cross.  Even from the cross, he would not stop preaching. So they used other methods to kill the apostle they say that he was flayed and beheaded.  He died in AD 68 in what is now Derbend west of the Caspian Sea.  The believers there placed his body in a leaden coffin and buried him there. They were moved in 578 when the Persians took control of the city and several times after that, and it is said that his skullcap is held at the church today. 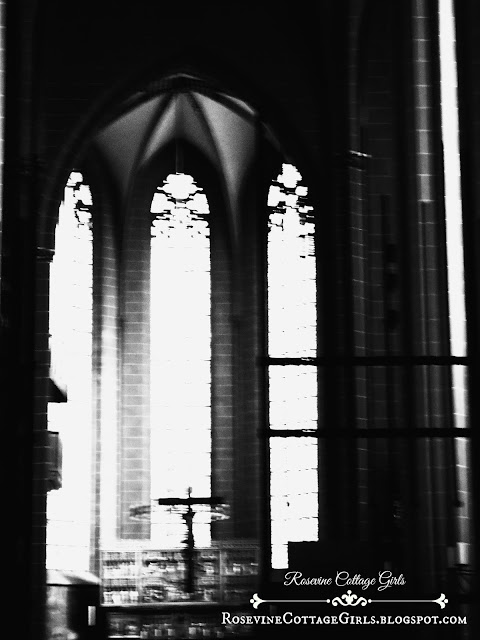 This church really was amazing and I found the history so interesting.

Saint Bartholomew’s is a Roman Catholic Cathedral located in Frankfurt Am Main, Germany. It is not technically a Cathedral at all because it was never the church of a bishop but it is called one anyway since the time of the 18th century because of its importance in the crowning of the kings.
The church was originally constructed in the 1300’s and it was built on the foundation four other ancient churches, the earliest being the Merovingian time period (in the year 680).  This was during the reign of Clovis IV the Franks.

In 1356 King Charles IV, decreed by his Golden Bull that from that time on the emperors-elect of the Holy Holy Roman Empire would all be crowned and anointed here at this church.

In the year 1425, a chapel called the Wahlkapelle (or Election Chapel) was built on the south side of the cathedral to hold all of the Imperial elections, the anointing and crowning of the emperors as the new Kings of Germany. It was here before the central altar between the years of  1562 and 1792  that sixteen of the twenty-three emperor’s were crowned. 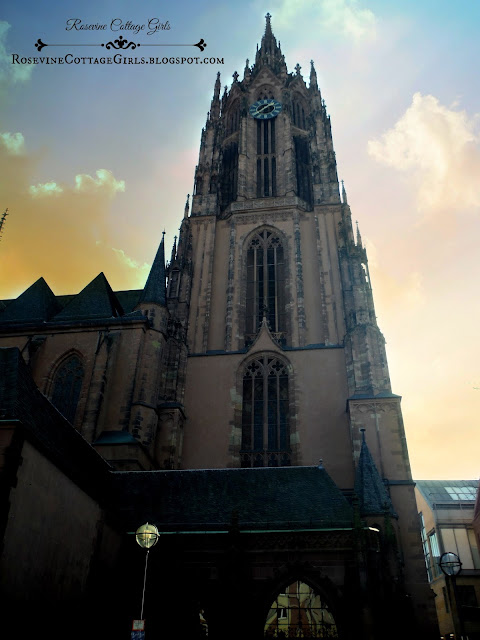 Some of them were

In the year 1867, the church caught on fire and was devastated.  It was restored in 1880 by Franz Joseph Denzinger in the Neo-Gothic design.  At this time Franz used the 1415 architectural drawings of Madern Gertherer, added the 312-foot tall spire. Certain times of the year they allow you to climb the 324 steps up to the top for the sweeping views of the countryside. 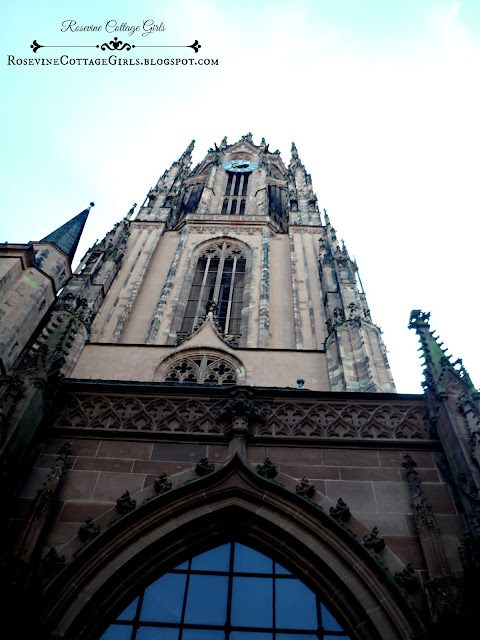 During WWII, the old town of Frankfurt, the biggest old Gothic town in Central Europe was devastated by 6 bombings from the Allied Air Forces. The greatest losses occurred on March 22, 1944, when more than a thousand buildings of the old town were destroyed The cathedral suffered severe damage, the interior of the church was completely destroyed. The building was reconstructed in the 1950’s. The present church is the fifth church on the same site.

To see the church go to: