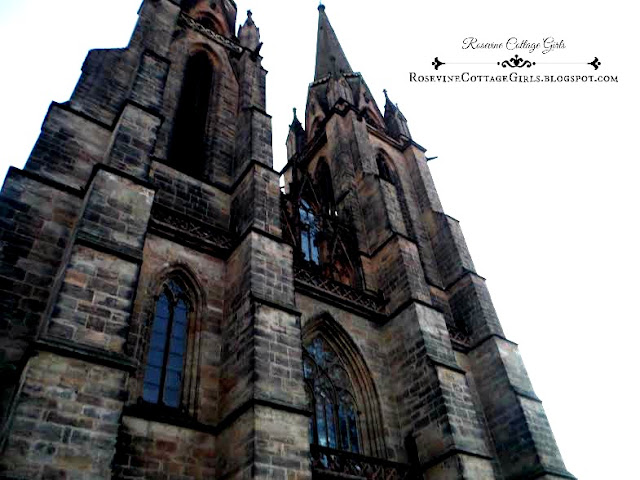 Hello again! Ready to hear about how my second weekend here went? Buckle up! Two of my colleagues joined me in a trip to Marburg, Germany which is a 15-minute ride by train. We went to the station to check the schedule so we could figure out which train to catch, bought our tickets for the next morning and set back out to the hotel for a nice dinner. 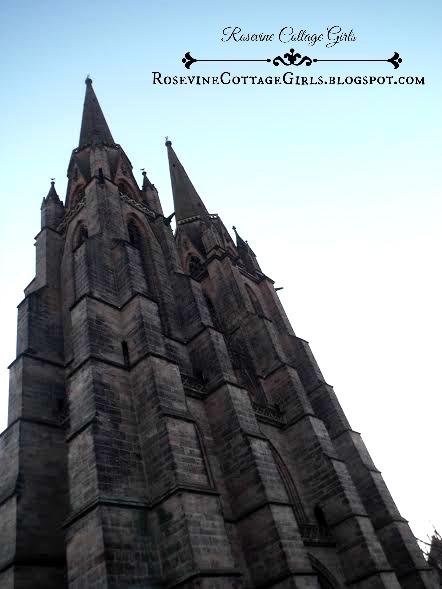 I tried to set up a morning wake-up call with the front desk so I could be up and at it bright and early- but sadly I found out that no one works the front desk from midnight to six AM. In fact, the front door is locked. The only way out of our hotel is a side door that will let us out but, I can’t forget my key because I need it to get back in. The Hotel uses real keys here not those sliding card keys in America. Not to be beaten I tried to set the alarm clock in my room, come on how hard could it be… right? 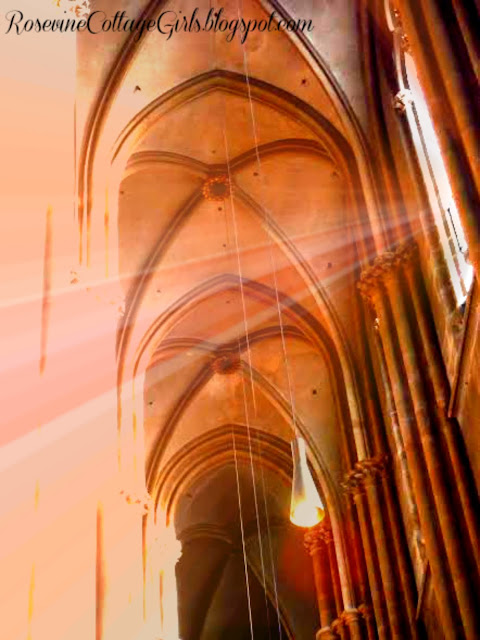 Wrong! I woke up the next morning to my colleagues pounding on my door. I was up and dressed in less than 10 minutes!  Good thing it’s easy for men to get ready. We got to the station with 5 minutes to spare and caught our train, it only made one stop before we arrived at our destination and then we were ready to do some exploring. The sun wasn’t up yet when we arrived, and the stores weren’t open (not even the McDonalds we discovered they had here). Well, at least we were first in line… 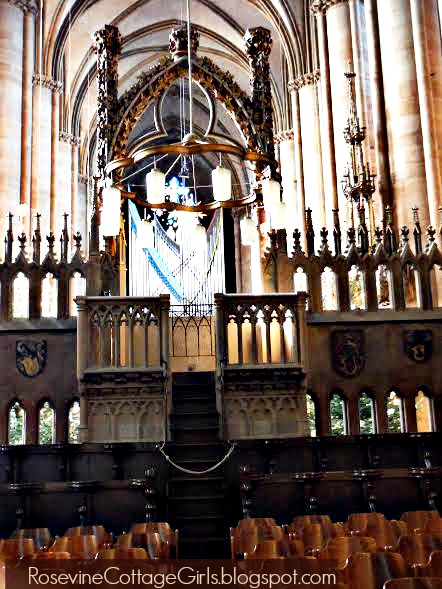 We started our walking journey with a camera in hand. Our first major stop was the St. Elizabeth’s Chruch. It was originally a Catholic church but is now a Protestant denomination. It was built between 1235 and 1283 by the order of the Teutonic Knights in honor of Saint. Elizabeth of Hungary also called Elizabeth of Thuringia.  Elizabeth was a medieval noblewoman born July 7, 1207, in Sarospatak, Hungary to King Andrew II of Hungary and Gertrude of Merania. 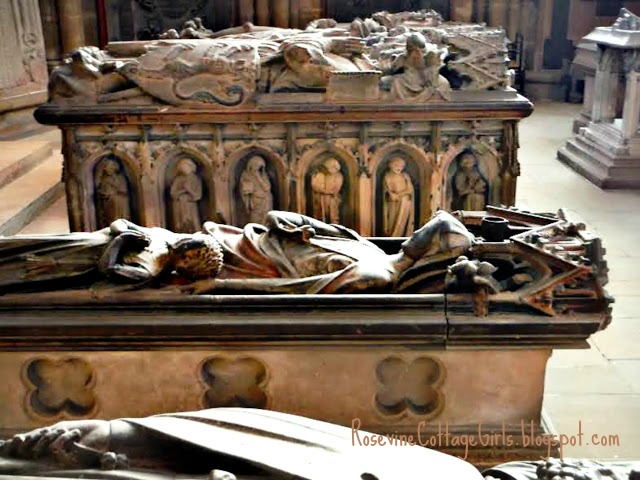 Elizabeth seemed to have a hard life from the beginning. Not long after birth when she was still very young King Andrew arranged her betrothal to nobleman Ludwig (Lewis) of Thuringia and she was sent away from her family. 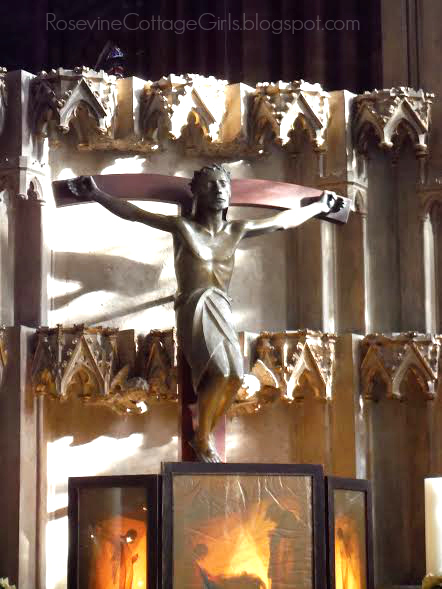 Ludwig’s mother and sister hated Elizabeth and it seems that she lived with a lot of bullying and ridicule.  In 1213, her mother was murdered by the Hungarian nobles. It seems that while her father was off at war her mother was giving away land as gifts to her relatives.  It seems that she gifted up to one-third of the land in Hungary. The nobles would not have this and while she was out on a hunting trip she was killed.  The death touched Elizabeth deeply and she found great comfort in prayer, even though it caused her peers to speak against her she turned to God. 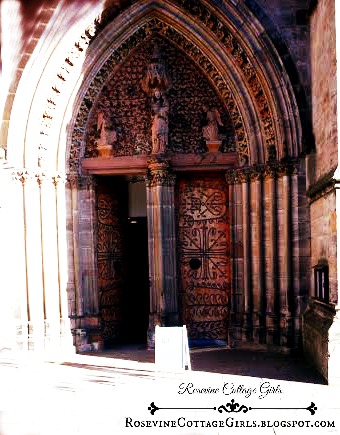 In 1221 at 14 years old she married Louis.  That year he was enthroned there as landgrave. For a time it appears Elizabeth were very happy and there are many stories of their amazing love for one another despite the feelings of his family.  They lived in the opulent castle of Wartburg that sat high on a hill above the Thuringian forest. Life in the castle was full of splendor but it was a very secular life but young Elizabeth in spite of this upbringing was a godly young woman.  In 1223 she met the Franciscans who introduced her to St. Francis of Assisi’s ideals of living a godly humble and pious life. 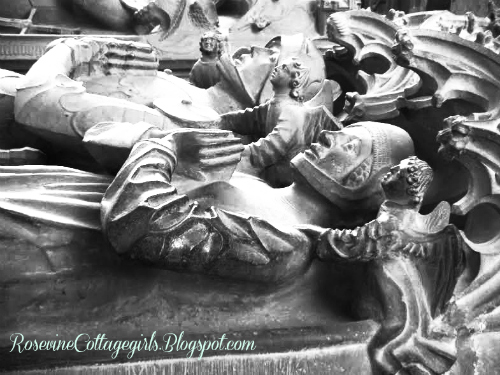 Her husband was a busy ruler and he had to travel and was gone much of the time but she seemed to bear it well and was very active taking care of the poor and sick.  Ludwig supported and joined in her charitable acts.  One time when he was away to Hungary in the spring of 1226 helping the king there was terrible flooding in Thuringia.  She stepped up and took charge of his affairs while he was away and cared for those that were hurt by the flood and the sickness that came soon after.  The couple had three children, two girls and a boy who did not survive to adulthood. 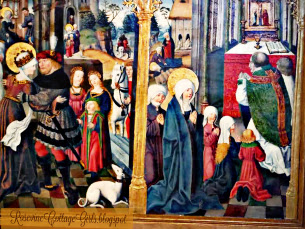 In the year 1227, her husband died of fever while on the way to Jerusalem to aid Frederick  II ruler of the Holy Roman Empire on the sixth crusade. Elizabeth was devastated at the loss.  Elizabeth’s
brother-in-law, the new landgrave, finding this a perfect opportunity to be rid of her, sent she and her children from their home and out on the streets where they walked the streets hungry and alone.  All of those that she had helped all of these years turned their backs on them. She took it as suffering for Christ.  Her uncle, the Bishop of Bamberg heard of her poor treatment and told the brother-in-law that he needed to ask her pardon for how he treated her. She refused to return to the castle but picked up her “cross” and turned her back on the opulent life of the castle and moved to a small home she had prepared in Marburg. 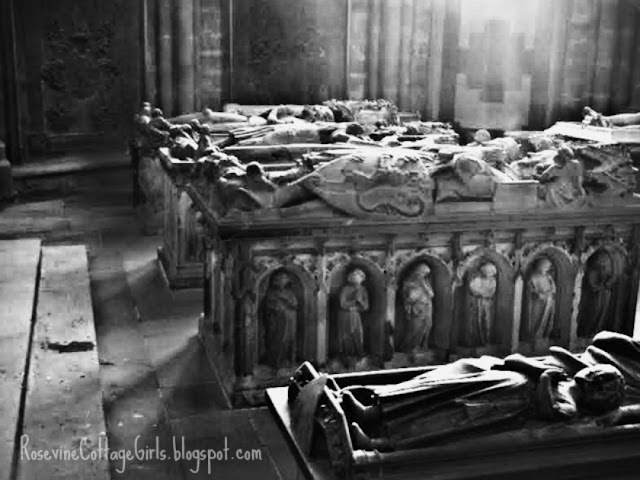 She, in spite of these hardships, continued to care for the poor.  In her life she had two hospitals built, one alone cared for a thousand people a day and she worked there daily.  She gave until she had nothing and at the end of her life she lived in a small hut and wove her own clothing.  Her children had been sent away to live with family as she continued to care for the ill, the poor and those with leprosy.  She died in November of 1231 at the age of 24 of illness she contracted from working with the sick at the hospital. She was buried near the hospital and now her grave is inside the cathedral. The church declared her a saint four years after she died. The Grand Master Of the Teutonic Knights insisted upon building the church to house her body.  Her remains were put in a silver gilt sarcophagus which still can be seen today.  Religious pilgrims would come to the church to see her sarcophagus over the years.  The Landgrave Philip the Generous after the Protestant Reformation had her body removed to another unknown location within the church to stop what I think he felt was people coming to worship her. 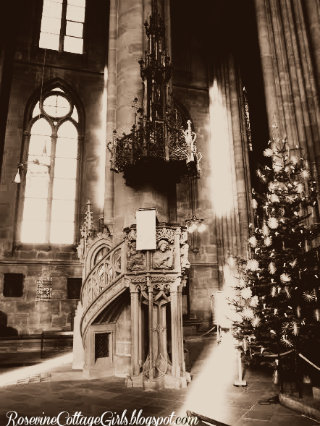