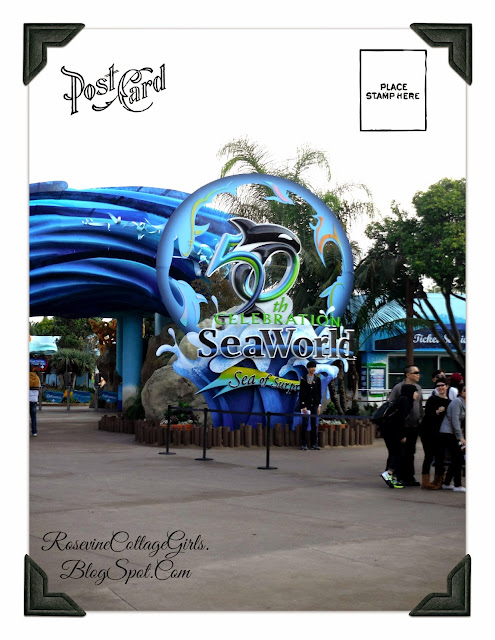 Darling it’s better, down where it’s wetter, under the sea. Admit it. You heard Sebastian from little mermaid’s voice in your head didn’t you? 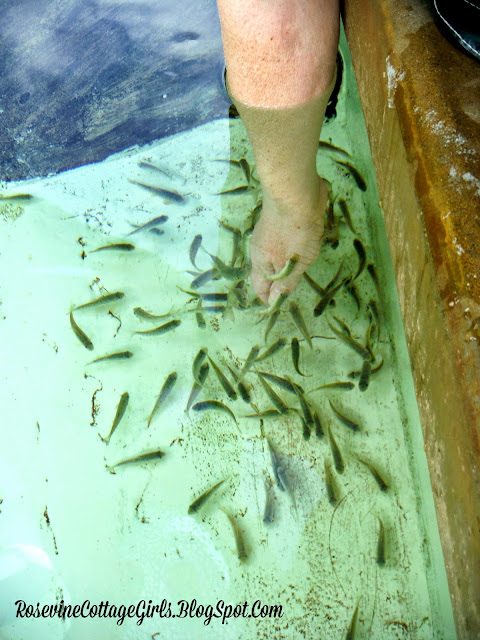 Today we are heading to SeaWorld! 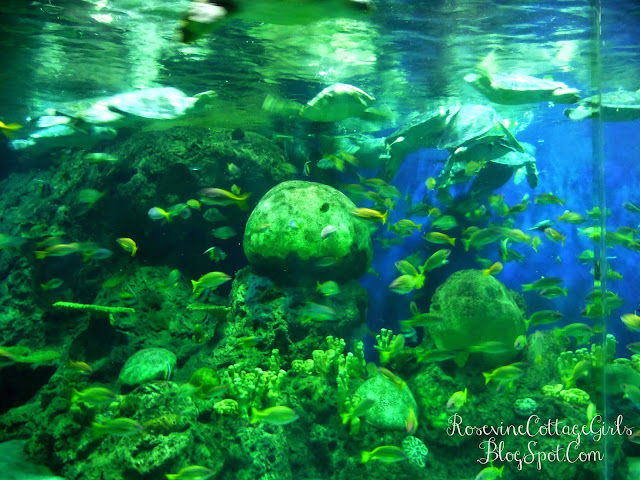 The last time we were here was for my second birthday. 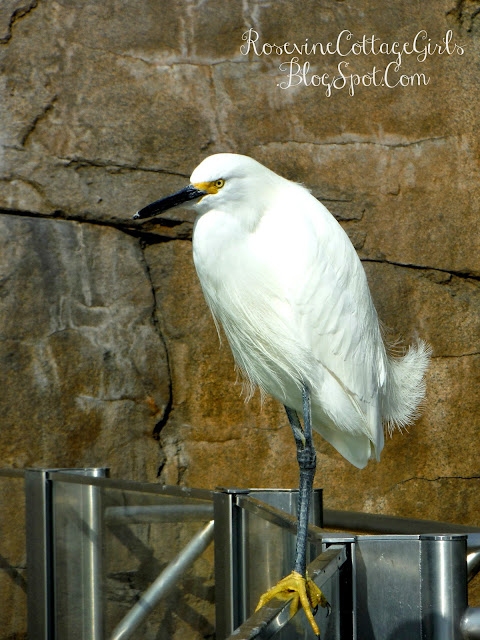 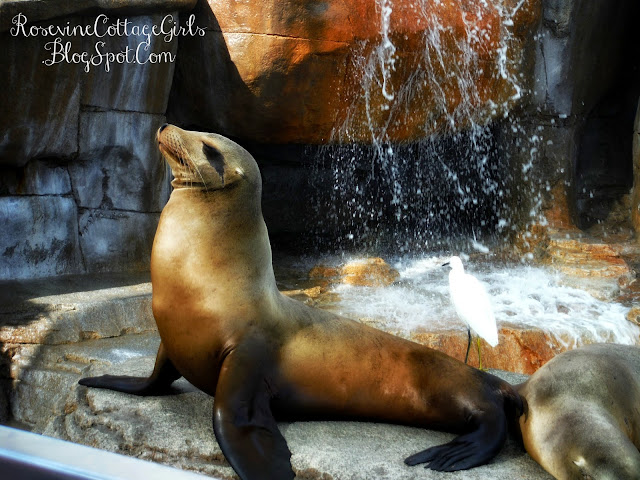 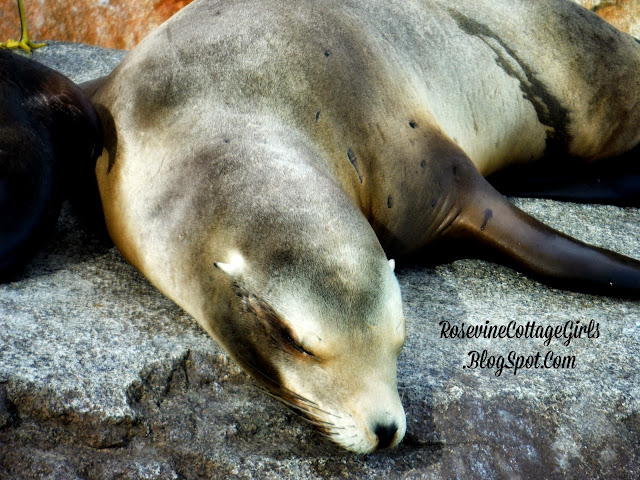 By the way, those cleaner fish in the picture up above were awesome! Seriously I want some! 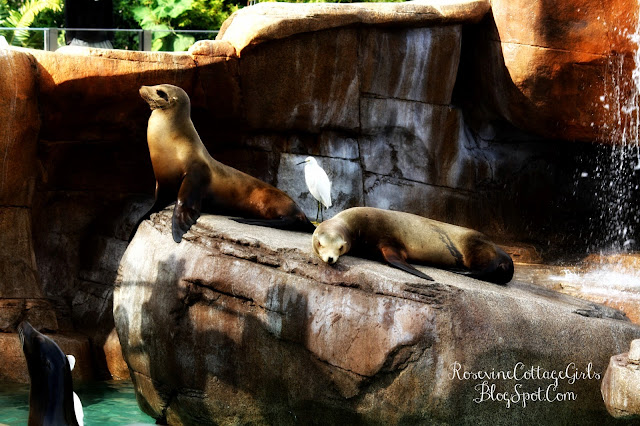 There are so many amazing creatures here! Some I wouldn’t want to meet in the wild, though. Some of the fish were absolutely stunning! 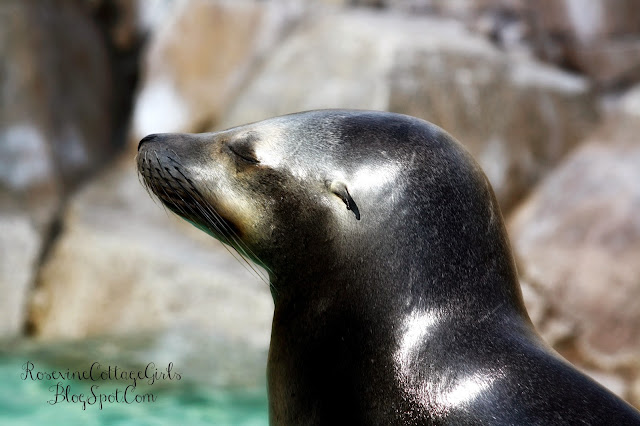 This pretty bird just was hanging out watching us as we said hello to the sea lions.  He didn’t mind getting close enough to me to photograph. 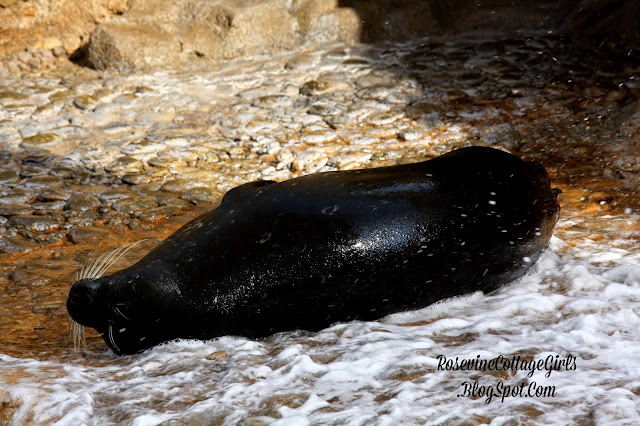 These guys were absolutely adorable! 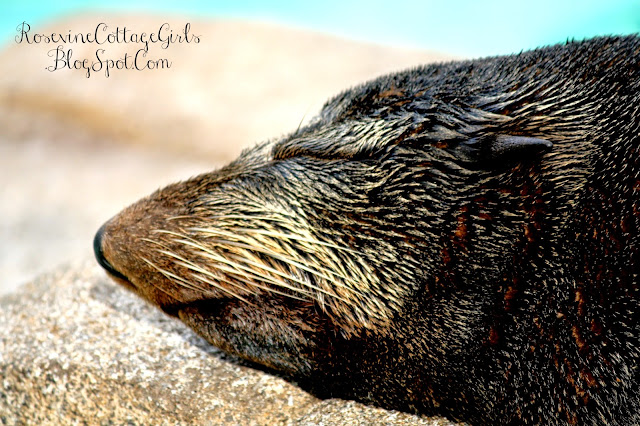 It was so cute to watch little kids and the grown up kind (wink) imitate there “barking” sound back to them. 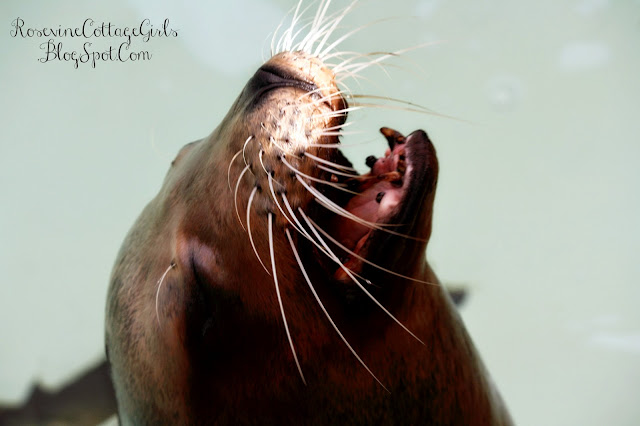 After all, how many people can say they talked to a seal in their own language? 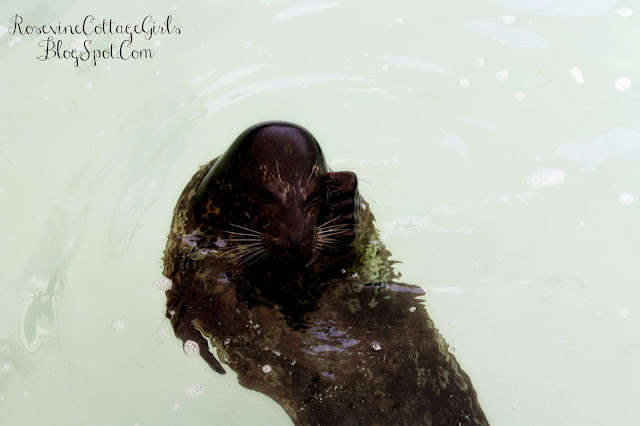 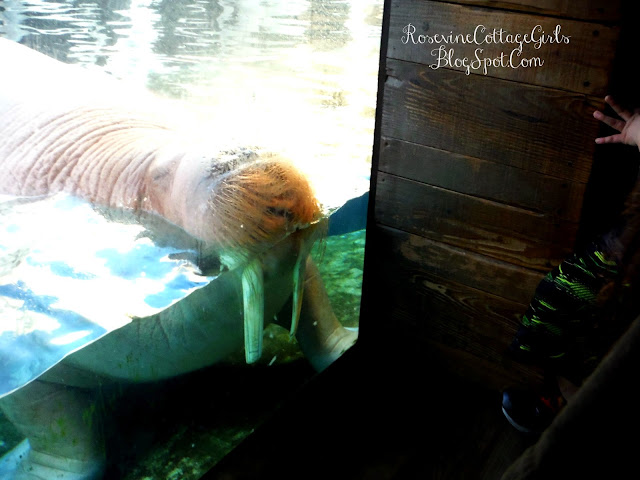 We stopped by this guy’s home while he was having lunch… I now know why you shouldn’t talk with your mouth full.  Kids, ask this walrus, he will tell you!  This guy is HUGE by the way!

Love this little guy… ok big guy. This is a beluga whale. He looked so playful. We had to decide between interaction with the dolphins or these guys, such a hard choice. Love that face! But in the end, dolphins won. 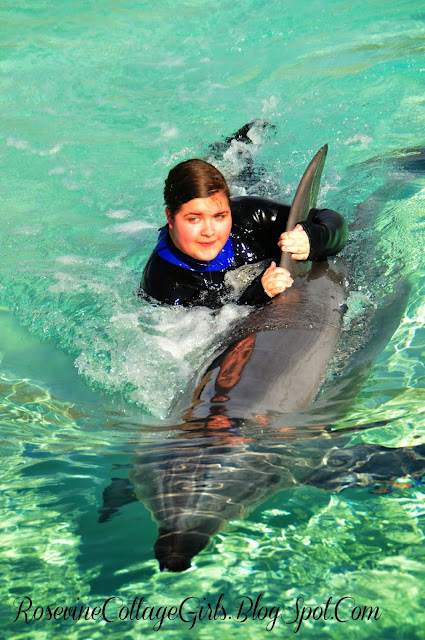 Which by the way was amazing! And for some reason, the salt worked like a netti pot and I could actually smell. I think its safe to say dolphins are my new best friend! LOL!  Shhh! Don’t tell Brianna. 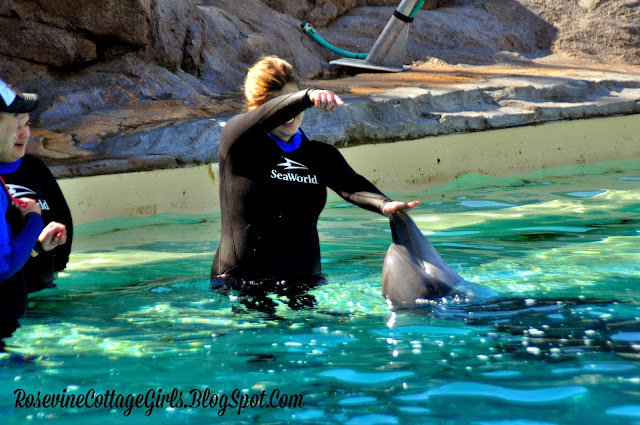 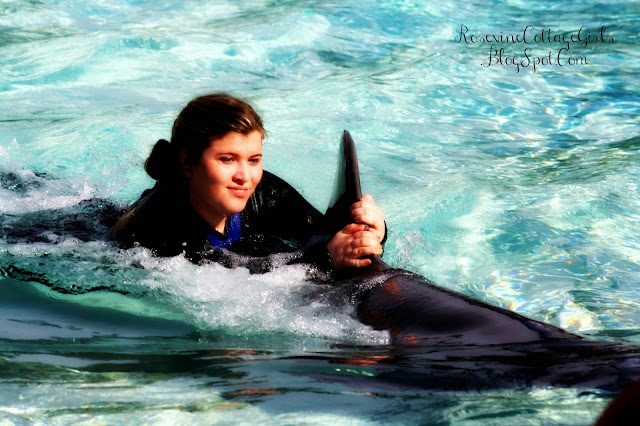 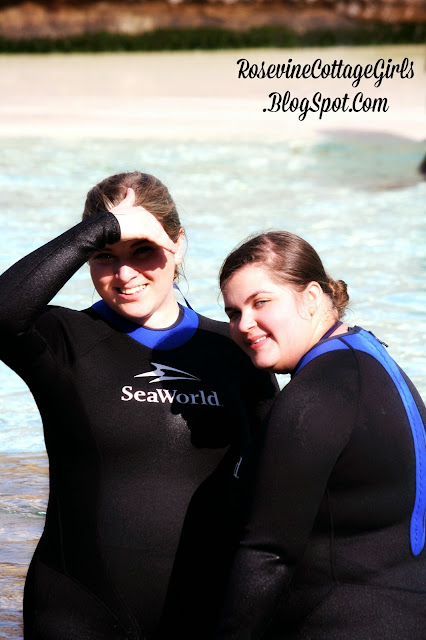 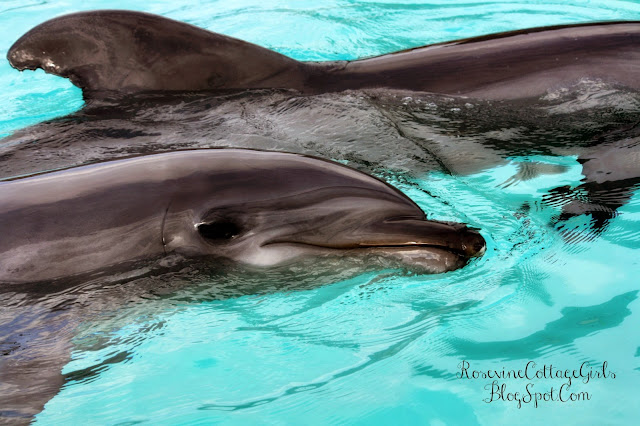 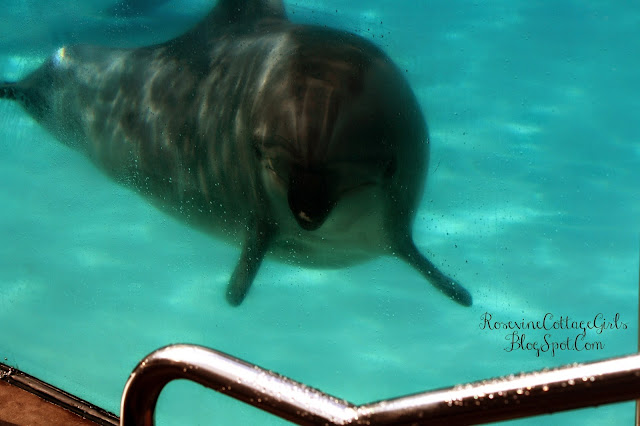 The rays! Ok this was somewhere between really neat and very gross. For some reason even though they are fairly small compared to some other critters here they kind of freak me out. Needless to say, it took me a minute to stick my hand down in the water until it was elbow deep and allow a stingray to “suck” a fish out from between my fingers. At least with dolphins, you can just toss them into their mouths… 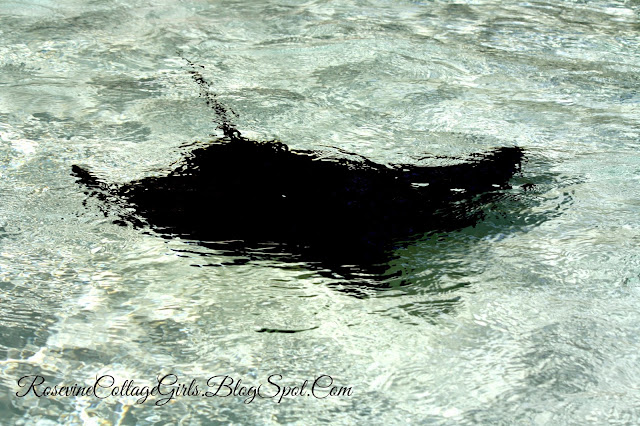 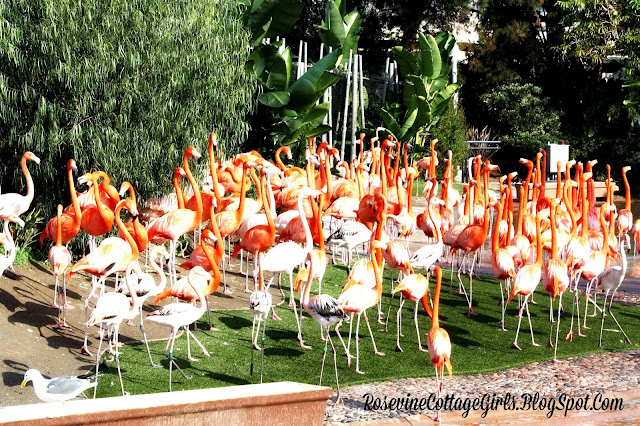 If these guys stick their beaks any higher in the air I think they might trip! But they are funny to watch! Funny thing is we ended up feeding the ducks instead of them because they wouldn’t come close enough to feed them. But hey, the ducks were appreciative! Snooze you loose.  Mrs. Cottage said they were our favorites the last time we were here and we cried when it was time to move on.  Not so much this time, Can we go back to the dolphins? 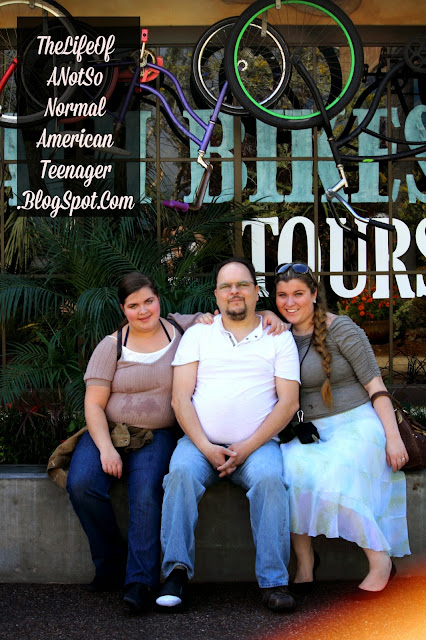 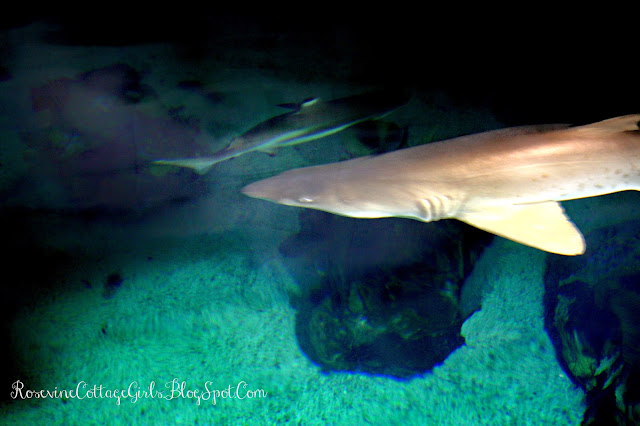 You know how I said there were some I wouldn’t want to meet in the wild? Yeah, this is one of them. They were really neat… in a creepy, nightmare waiting to happen kind of way.  For those of you, that have never been to SeaWorld.  You begin above the still water of this encounter and barely does a fin touch the waters surface. Then you descend and enter the tube that carries you under the water and you see what really lies beneath the surface. 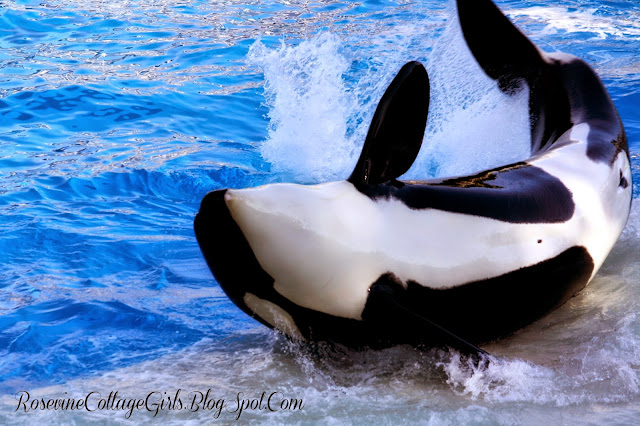 These guys were stunning! They are so massive. They had a baby in the tank at the beginning of the show, it was so cute! I know, I know how many baby anythings aren’t adorable. 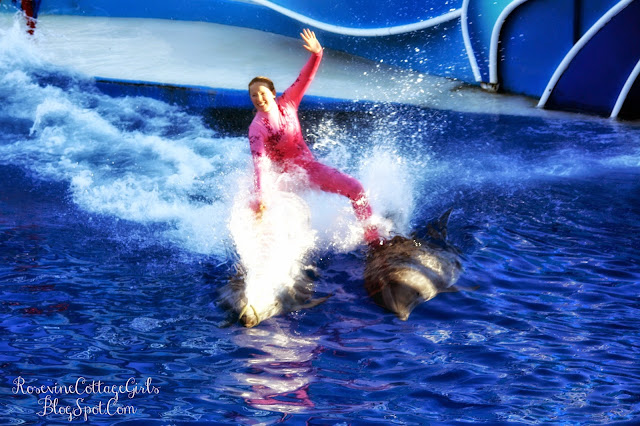 This was my favorite of the two shows we saw while at SeaWorld. Ok so yes I LOVE dolphins so I may be a just a little tiny bit prejudice. Doesn’t this look like fun, though? 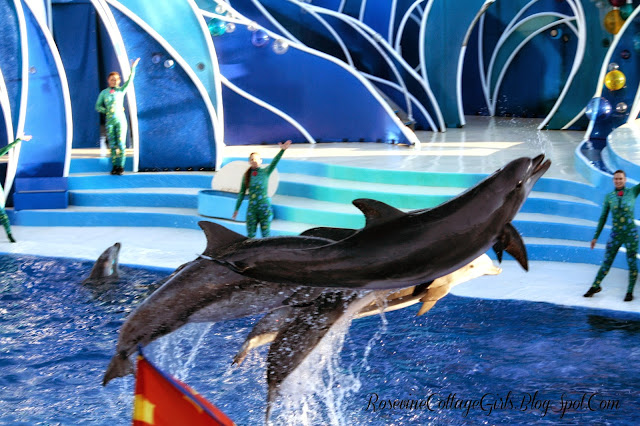 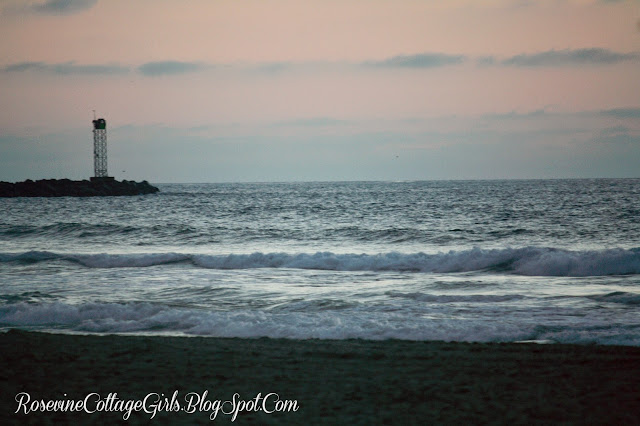 We ended the night by heading to Mission Beach before heading back to Uncle S. and Aunt K. house. If California hadn’t stolen my heart before it defiantly has now! Mr. Cottage may just have a time of it getting us back to Tennessee. Hmm… Rosine Cottage Girls By The Sea… has a nice ring to it don’t you think?