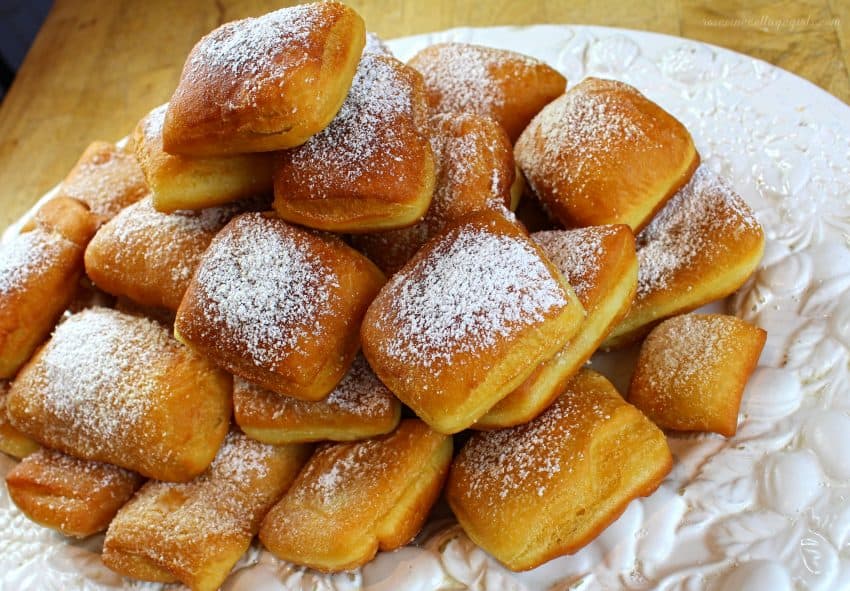 We made this beignet recipe for the first time a few months back and fell hopelessly in love! They’re the most amazing thing we’d ever tasted, slightly crunchy on the outside and soft on the inside. It’s like eating a little piece of heaven dusted with powder sugar. The family stood gathered around the stove drooling as each piece came out of the pan trying to snag a hot beignet. 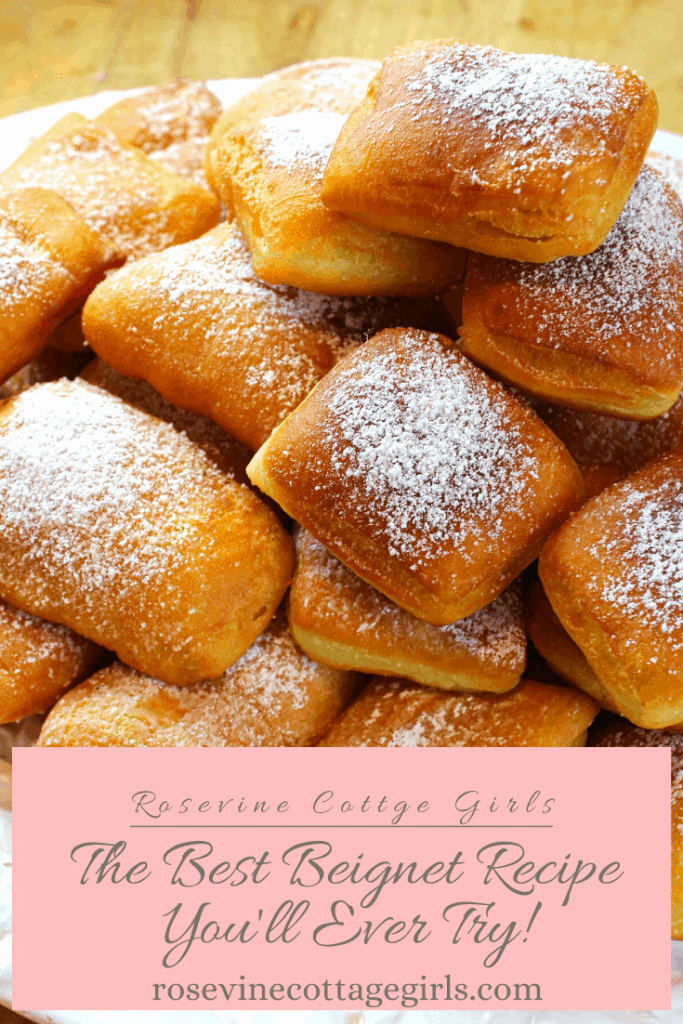 What Is A Beignet?

The short answer to that question is heaven. Hands down they are one of the best things I have ever tasted. The longer answer is: A beignet is a fried piece of choux pastry topped with powdered sugar. It can be made out of several types of dough including yeast dough like this recipe below.

Beignets are a delicious New Orleans breakfast item, that is traditionally eaten hot and fresh.  It can also be served as a desert. Beignets were brought to New Orleans by French colonists in the 18th century and became a part of the home-style Creole cooking.

What You Need To Make This Homemade Beignet Recipe

Beignets are a really easy dish to make that is sure to be a crowd-pleaser! To make this Beignet recipe you’ll need:

Activate the yeast by placing yeast and warm water into a large bowl or the bowl to a mixer for several minutes. Until it puffs and becomes bubbly.

Wisk together egg yolk and milk in a small bowl. Add the egg mixture to the yeast. Mix gently until combined.

Add the sugar and salt and then the flour 1 cup at a time, mixing until combined.

Add the butter and mix it into the batter.

Remove the dough from the bowl and kneed on the counter (adding a bit of flour at a time) until the dough forms a ball.

Place in an oiled bowl and cover with plastic wrap in a warm place for 2 hours.

While the oil is heating roll the dough out on a lightly floured surface to 1/2 inch thick and cut into 1-inch squares.

When the oil is hot add a few beignets at a time to the oil, cook for about a minute on either side or until they reach golden. Remove them from the oil with a slotted spoon and place on a paper towel-covered platter and sprinkle with powdered sugar. Continue until all of the beignets are finished.

Looking for some more New Orleans recipes? Try these: