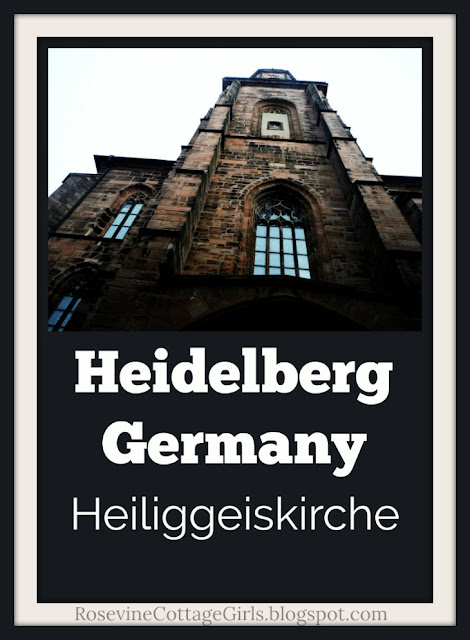 Welcome back! This time we will visit three churches and a bridge. The first church is Heiliggeistkirche also know as the “The Church of the Holy Spirit”. This is the most famous church in Heidelberg.

The church stands in the middle of the market place in the old center of town. The church was first mentioned in a manuscript in 1239.

This church is the third building on this site, the current churches foundation was laid in 1398 on top of a Romanesque basilica which was erected in the place of an even older church. The construction lasted for about 150 years.

In 1709 during the War of the Palatinian Succession, the church was set on fire by the French. The fire destroyed the tombs of the Palatinate electors also.

It was rebuilt and a baroque spire was added.
Today the tomb of Prince-Elector Rupert III, the church founder, is still preserved.

The Palatine Library, the Bibliotheca Palatina, was first kept here until the 30 Years War, when Maximilian I, Elector of Bavaria took the collection and presented them to the Pope. Of the approximately 5000 books and 3524 manuscripts taken, only 885 were eventually returned in 1816. The rest are in the Vatican Library.

In the course of its history, the church was used by both Catholics and Protestants. In 1706 a partition was used so that both congregations could hold services without any mutual disturbance. The wall was removed in 1936 and the church is now used by the Protestants.

Related Posts: Come over and check out our great travel articles here

Next we visit Jusuiten kirche, the Jesuit Church. The Jusiet Order was founded by Ignatius of Loyola (born in 1491). He served in the military as a Spanish knight until he was badly wounded at the battle of Pamplona in 1521. It is during this recovery that he went through a spiritual conversion. It is now when he combined his military experience and his religion and decided that his religion needed an army and in 1534 with some of his companions, he created the Society of Jesus under the banner of the Roman Catholic Church. 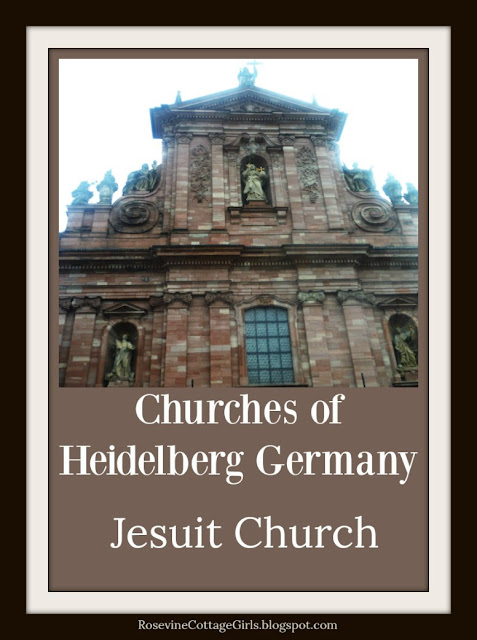 In 1540 Pope Paul III officially commissioned and sanctioned the group. The building of the church started in 1712 and after the death of Elector Johann Wilhelm in 1717 the construction was halted. The construction started back up in 1749 and finished 1759. It was built in the Baroque style. The neo-baroque tower was added between 1868 and 1872.

Today it is the main church of the Roman Catholic Church. 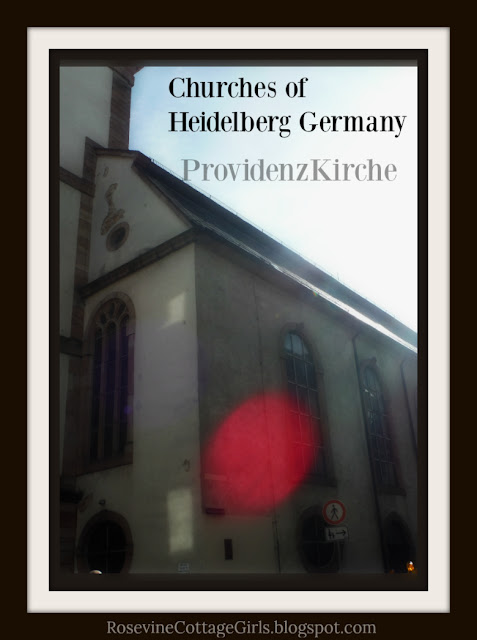 The Providenzkirche was built between 1659 and 1661. It stands on the grounds of the former electoral court garden. The church was named after the motto of Elector Karl Ludwig which was “Dominus providebif” which means “The Lord will provide”.

In 1693 the church was destroyed by the great city fire of the Palatinate War of Succession. The rebuilding started in 1715 and completed in 1721. From 1878 till 1885 the interior was completely redone.

The final stop is the Karl Theodor Bridge also known as the Old Bridge. It is a stone bridge crossing the Neckar River. The current bridge is made of Neckar Valley Sandstone and is the ninth bridge built at this site, was constructed in 1788.

Since the 13th century, there have been 8 bridges built on the site. The current bridge is built on their foundations. The bridge gate at the south end of the bridge also dates back to the Middle Ages. The first bridge was built by the Romans in the First Century.

This wooden pile bridge was rebuilt in stone around the 200 AD. After the collapse of this bridge, Heidelberg was without a bridge for nearly a thousand years. 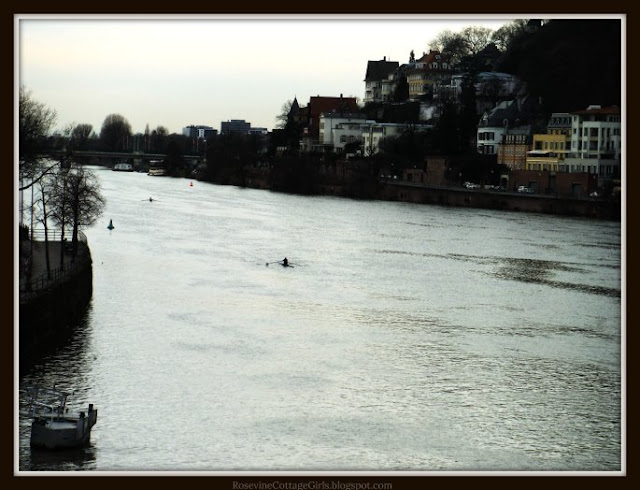 This is the end of our journey through Heidelberg, we’ve enjoyed our time in this beautiful city and getting to know it’s amazingly rich history. Our next stop, Nuremberg!

Until next we meet again be Blessed.