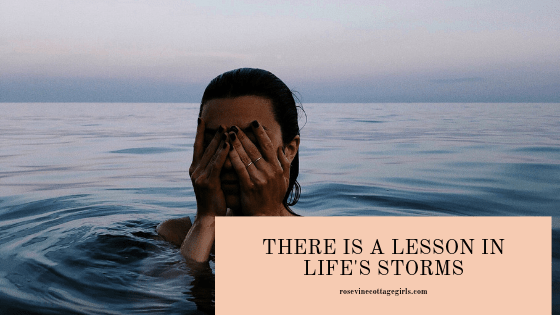 The wind buffets your face, drawing tears to our eyes with its harsh brutality. It mocks us as another wave draws near threatening to devour you. Your hands strain at the oars in a useless attempt against the power of the storm. Your raw hands tremble, and your soul is weary, your heart aches.

God, I thought this was your will…

You will your arms to move just one more time, but you can’t see the shore anymore. You’re lost in the fury of the storm.

Where did I go wrong…

It looks hopeless.
You want to give up.
You’re tired. Oh so tired

How did I miss you…

Your heart is as weary as your hands.
Your tears mix with the rain invisible in the deluge.

Didn’t you call me here?

Sister, there is a purpose in your storm! He hasn’t forgotten you. You aren’t lost in the waves. He sees you! This is NOT the end of your story. He IS still working.

Throw your hands in the air and praise Him in your storm- He was already working on the outcome before this storm was ever on your radar.

Immediately Jesus made his disciples get into the boat and go on ahead of him to Bethsaida, while he dismissed the crowd. After leaving them, he went up on a mountainside to pray. Later that night, the boat was in the middle of the lake, and he was alone on land. He saw the disciples straining at the oars, because the wind was against them… Mark 6:45-48A NIV

Sometimes God lets us journey into a storm to teach us about Himself. In much, the same way that He used Jacob’s rock pillow to teach Jacob that He had been with him all along our storms serve as a testament that He has always been there.

Sometimes the wind against, tells you your going the right way. It’s there to show us that you need Him, that we can’t do it in our own power. If the wind was with us, we wouldn’t need Him to step into our storm and speak peace to the winds and order the waves to be still. 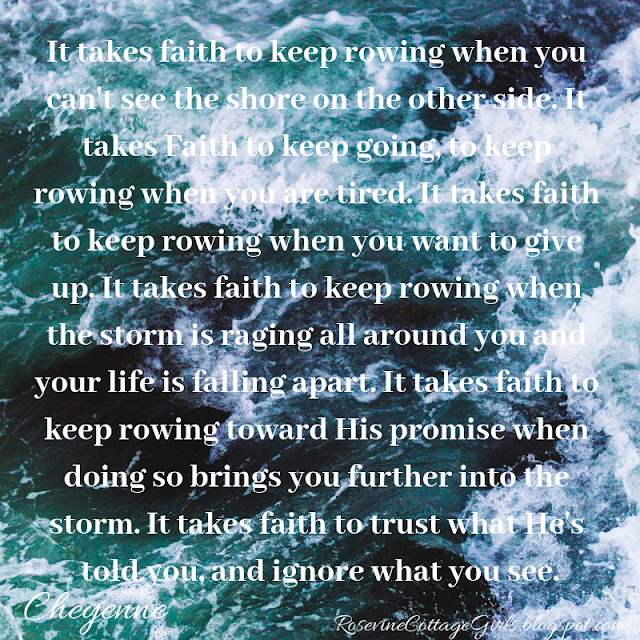 Shortly before dawn Jesus went out to them, walking on the lake… Then Peter got down out of the boat, walked on the water and came toward Jesus. But when he saw the wind, he was afraid and, beginning to sink, cried out, “Lord, save me!” Matthew 14:25A & 29B NIV

You won’t die in the middle of the storm during the night- because He promised to meet you on the other side. How often do we forget what He’s said when we see the storm raging?

How often do we look at the circumstances around us, and lose sight of the promise that He’s already on the other side, He’s already seen the end of your story?

As soon as we take our focus on the storm and put it on the circumstances we sink. Your help is already on the way. He sees you! You are not forgotten. Hold on to His promise. 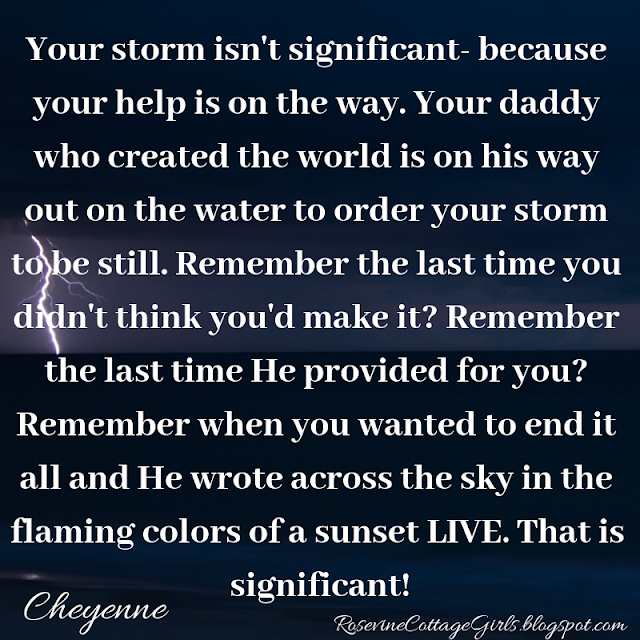 Your storm isn’t significant- because your help is on the way. Your daddy who created the world is on his way out on the water to order your storm to be still. Remember the last time you didn’t think you’d make it? Remember the last time He provided for you? Remember when you wanted to end it all and He wrote across the sky in the flaming colors of a sunset LIVE. That is significant!

He needed a situation to teach them His Sufficiency. We say He is all we need, but I don’t think we truly understand that. So He used the storm, just like He did the loaves just a few chapters back to teach us about Himself.

for they had not understood about the loaves; their hearts were hardened. Mark 6:52 NIV

He took something insignificant from a little boy that was so insignificant according to the world that he wasn’t even counted among those who were there and He did something amazing with it. But sometimes we witness the miracle and miss the significance.

It’s hard to see the significance of the season you are journeying through when you are going through the storm. It’s easy to get caught up in the un-important and miss what He is teaching us. It’s easy to forget about all the times He has provided for us when we find ourselves in the storm.

The lesson of the loaves was that He is all you need. HE is the bread. He will sustain you. 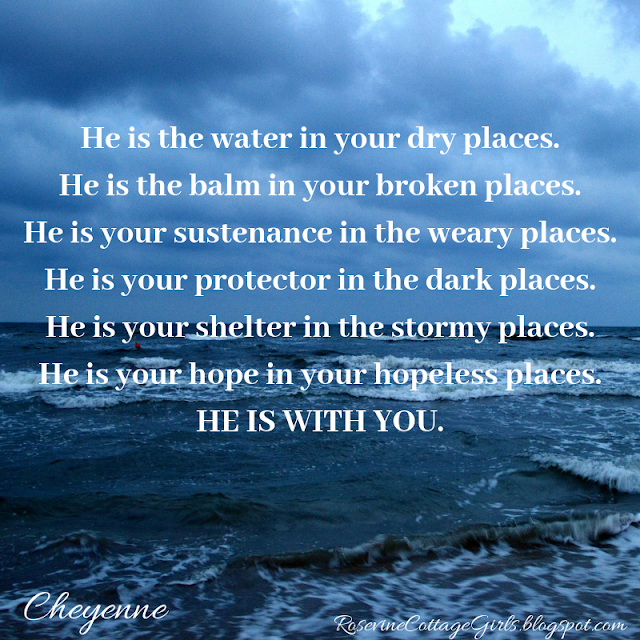 The same God that was with you on the mountaintop is with you in the midst of the storm.

At the end of this, you’ll be on the shore- you’ll be in Bethesda. You can’t die in the middle of the storm in the dead of night because He promised he’d meet you on the other side. 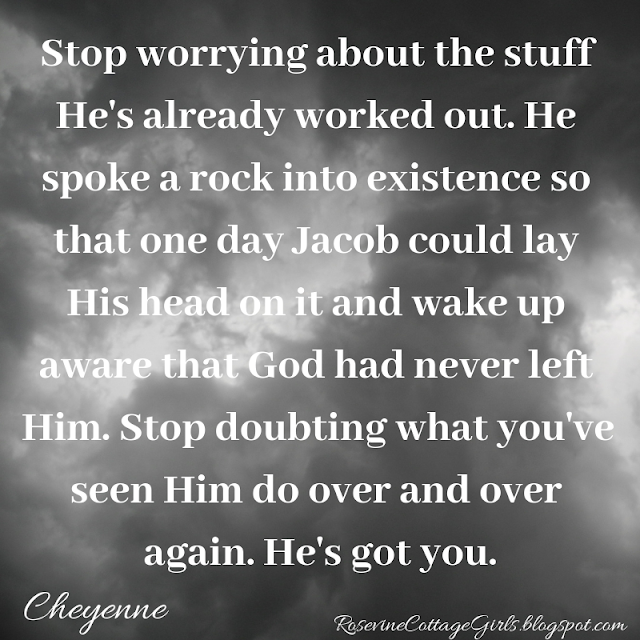 Stop worrying about the stuff He’s already worked out. He spoke a rock into existence so that one day Jacob could lay His head on it and wake up aware that God had never left Him. Stop doubting what you’ve seen Him do over and over again. He’s got you.

When you are in the stormy season, it’s easy to believe that the wind will break you… but He won’t let it. Your story doesn’t end in brokenness. He isn’t done with you yet! Your story ends with the baskets full. He’s coming. Your help is on the way and He is faithful. So praise Him in the storm.

Stop listening to the wind. Take the basket full from the last time He provided and remember it while the storm rages. Because He is with you in the storm and He’s all you need.

0 thoughts on “There Is A Lesson In The Storm”