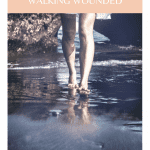 Contents hide
1 Walking Through Life Wounded
2 A Wedge Driven Against God
3 Making Weapons of Words
4 The Price of Healing
5 Emotions, Can We Trust Them?
6 Words Matter
7 I Know Someone

Words aren’t supposed to injure, we aren’t responsible for their actions so we refuse to acknowledge the wounds they leave us. But if we aren’t careful we can start living in those wounds, we can start lashing out at our friends, at our families at the woman behind the cash register, the guy in the car in front of you.

A Wedge Driven Against God

We can let the wound drive a wedge between us and God, and before we know it everything we touch becomes infected because we’re living and reacting from the wounds. Like an injured animal we are taking the pain, the wounds that we won’t deal with and we’re attacking those around us because some small way tearing them down keeps us from having to look at our gaping wounds.

We hurt and so we hurt others, the infection rages on infecting others spreading from one wound to the next. You find yourself saying things, thinking things that we never should of. We attack others, instead of seeing the heart of the one we’re attacking.  Lashing out and wounding with heartless abandon instead of encouraging. Instead of building others up, we tear down. Instead of seeing the accomplishment, we see everything they didn’t do, everything they could have done better. Those wounds we’ve been carrying around, become hard places, maybe it doesn’t hurt quite so much now so we get comfortable ignoring the wounds, we get satisfied walking through life wounded.

Maybe those wounds haven’t come that far, or some other walking wounded has just wounded you with exquisite accuracy they hit you just right. Perhaps it’s a word of criticism, maybe it’s an accusation and you find yourself saying “I thought you knew me.” Like hungry sharks, others have smelled the blood from your wounds and the circling, each leaving their own set of wounds. Hurting people will leave others hurt, it’s a vicious cycle that goes on and on. Our words, our actions have power, they are the epicenter ground zero- they can unleash a chain of hurt and destruction or they can build up.

We can choose to live out of these wounds that others have given us, or we’ve given ourselves, we can react out of them and let them affect everything we do. Like soldiers entrenched in deep crevices, we lob our words like bombs at what we perceive as the enemy, but we never see their faces or the wounds our words leave. If we react out of the pain and the anger and the bitterness we will always, always leave wounds in our wake. Or we can peel back those hard places over our wounds, and expose them to the light. We can acknowledge the pain and bring it to the cross so that He can deal with the root.

The Price of Healing

The price of healing is the pain. Becoming whole hurts, but that pain is a promise that today may be bad, but tomorrow’s coming and with each day that pain is knitting us back together. That pain means that healing is happening. It means that your healer is at work.

Emotions, Can We Trust Them?

Your feelings will always lie to you because we’re all in a healing process in desperate need of a master healer. We’re all walking through life wounded but in different stages of healing. Some of us are still really raw, some of us are a little closer to whole but we all bear the scars of where we’ve been.

We all need Him to heal what’s broken in us, but it requires pain. It means that we have to stop running, stop just surviving, and come face to face with the root of the infection. Then let God heal it. It’s not a one-time deal, it’s a lifetime of letting Him mend us.  Of letting Him knit things back together and learning to lean on Him instead of reacting to the wounds.

Your words, your actions have an impact. They can wound or they can pick up other wounded and draw them toward wholeness with you.

Pain is a sign of a wound, but it’s also a sign of healing. A sign that skin and bone are knitting back together. You can never be whole without Him. You can look whole, throw a little makeup over the top and cover it with a mask. But without Him, it will always be just beneath the surface.

Sometimes what God is doing in our lives hurts. Sometimes it feels like He’s doing a lot of tearing open- but it’s the first step toward making us whole.

Hey, before you leave check more posts in the “Dry Season” Series