When bad things happen to Christians. Let’s just start off by saying being a Christian does not mean all the bad things in life won’t touch us. Quite the contrary. Let me introduce you to several people, Job and Ruth.

In the land of Uz, there lived a man whose name was Job. This man was blameless and upright; he feared God and shunned evil. Job 1:1 NIV 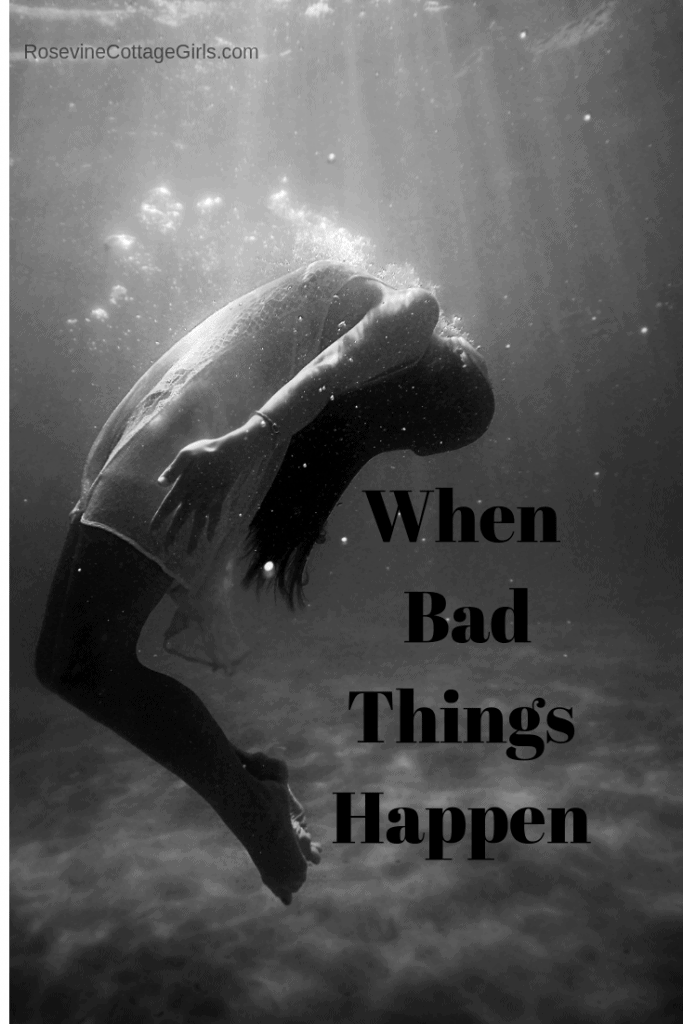 When Bad Things Happen To Job

Job lost everything as a test. His family, home, wealth, animals, even his health. It got to the point that his wife told him to “Curse God and die” but he didn’t and, in the end, the Lord blessed him.

Job 42: 12-13 The LORD blessed the latter part of Job’s life more than the former part. He had fourteen thousand sheep, six thousand camels, a thousand yoke of oxen and a thousand donkeys. And he also had seven sons and three daughters… NIV

In the days when the judges ruled, there was a famine in the land. So a man from Bethlehem in Judah, together with his wife and two sons, went to live for a while in the country of Moab. The man’s name was Elimelek, his wife’s name was Naomi, and the names of his two sons were Mahlon and Kilion. They were Ephrathites from Bethlehem, Judah. And they went to Moab and lived there. Now Elimelek, Naomi’s husband, died, and she was left with her two sons. They married Moabite women, one named Orpah and the other Ruth. After they had lived there about ten years, both Mahlon and Kilion also died, and Naomi was left without her two sons and her husband. Ruth 1:1-5 NIV

When Bad Things Happen To Naomi

Naomi had a time of it didn’t she? She too lost her home and her family. She lived in a strange land away from her people with two daughters-in-law. Finally, she decided to return to her home. On the road back to Judah told both of her daughters back to their families. Opal left and returned to her people and most likely their religion. Ruth, on the other hand, stayed with Naomi.

But Ruth replied, “Don’t urge me to leave you or to turn back from you. Where you go I will go, and where you stay I will stay. Your people will be my people and your God my God. Where you die I will die, and there I will be buried. May the LORD deal with me, be it ever so severely if even death separates you and me. Ruth 1:16-17 NIV

When Bad Things Happen To The Christian

Being a Christian doesn’t mean bad things aren’t going to happen. It doesn’t mean there is some kind of magic shield that keeps us from getting hurt. We’re going to get hurt just like everyone else.  But it’s when we get hurt that gives us the opening to share why it does not defeat us.We may not understand now why the pain was necessary (Ruth didn’t know what would happen neither did Job) but you will eventually.

James, a servant of God and of the Lord Jesus Christ, To the twelve tribes scattered among the nations: Greetings. Consider it pure joy, my brothers,whenever you face trials of many kinds because you know that the testing of your faith produces perseverance. Let perseverance finish its work so that you may be mature and complete, not lacking anything.
James 1:1-5 NIV

Before you go, check out these other posts: