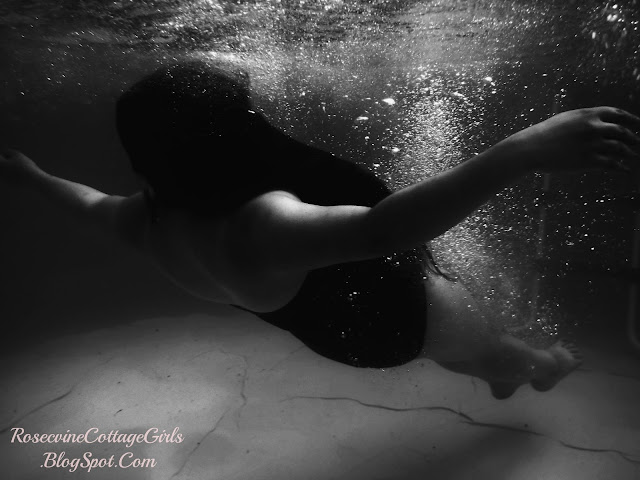 Contents hide
1 Keep The Faith
2 Walking By Faith
3 Faith Is The Assurance Of Things Hoped For
4 Finding Family and Community
5 Foster Care
6 God Is My Strength
7 Why, God?
8 I Will Never Leave You
9 Faith Shines Brightest In The Darkness
9.1 Before You Go Check Out These Other Posts

Keeping The Faith– even when it hurts.  Faith. Faith, it’s such a simple sounding word. Just five simple letters. Believe it or not, it’s our dog’s name. She is our constant reminder to keep having Faith. No matter how dark, ugly, scary or hopeless. But what about when you don’t want to have Faith? When your heart has been broken so badly that all you want to do is give up and walk away?

For we walk by faith, not by sight [living our lives in a manner consistent with our confident belief in God’s promises] 2 Corinthians 5:7

Foster care is a picture of Walking by faith. Last year we got involved in foster care, we had two little boys placed with us.  The first one (a 2 1/2-year-old) Carl (not his name) – was supposed to be with us for only a week, two at the most. They dropped him off at our house, with two trash bags of 12 months sized clothes, a small box of toys and a diaper bag. None of his clothing actually fit him, all the diapers in the diaper bag were too small. He could say maybe four words when he came to us. He was absolutely adorable if in desperate need of a haircut to get his bangs out of his eyes.

Now faith is the assurance of things hoped for, the conviction of things not seen. Hebrews 11:1 ESV

Faith Is The Assurance Of Things Hoped For

As days past we found that when he was upset he would bite himself leaving big teeth marks up and down his arms. A week turned into two, then three. We began teaching him sign language to help him talk. He loved firetrucks so much! It was so cute, he especially loved our firefighter friend. We took him to her house and she had horses and chickens and dogs. He was so happy.
There was this adorable mini horse at her ranch and she let him sit on top of him. She rode the big horse with him seated in front of her safely in her arms. She didn’t like children, but Carl stole her heart.

Carl loved church! We took him the first time and he fell in love! With the people the music, all of it.And church! He loved the church. Every Sunday he would wake up at the crack of dawn and sign church until we finally pulled into a parking lot.  Carl would fairly drag us girls into the building and into the sanctuary. He didn’t want to go with the children, he wanted to be with us. Carl would sit there quietly by me (his Shiney -Cheyenne) and Brianna and if he got wiggly he would look up at us and we would shake our heads and he would sit nicely again. He loved it so much. If we drove past it he would sign and ask if he could go there every day.

Long story short, three weeks turned into three months, and our little sweetie stole our hearts. I don’t think any word hurts more than hearing your foster child call your mom his “mommy” when you know she isn’t, and one day he is going back to his biological parents. Back to the people who starved him, let him wear diapers and clothes that were too small. The same people that called just to cuss your mom out because we have two foster children living with us, and she couldn’t take each child to see their parents every single Saturday when they are an hour away from one another.

God Is My Strength

About a week before he went back to his parents, we got our second little one. Baby Gabriel – God is My Strength, or as Carl liked to call him “My Bebe”. It was so cute to watch them interact with each other.
Well six months later, we hoped he would be in our lives forever- but it fell through and he was placed with another family. It broke our hearts so much. We had prayed, felt like we were being led to follow that path- and in the end, we lost him. After six months of him being my little brother, of people saying he looked just like us, and congratulations. He was gone, just gone. We would wake up in the middle of the night thinking we heard him crying. Walk into the nursery expecting to see his face. Glance up to smile at him in the swing- except he isn’t there.

There was this one night I just sat in the back yard asking, “Why God?” Telling Him that I was angry, hurt and I didn’t want to trust Him. That I thought He had made the wrong choice. That He wasn’t supposed to break my heart like that,- Horrible isn’t it?  Because of course I have the right to tell Him what He is doing wrong. Because I understand better than He does. I can see the whole  story and He can’t right? Embarrassing, isn’t it? Especially after being a Christian most of my life. You would think I would know better, wouldn’t you? But at that moment watching the huge thunderstorm roll in, the lightning reflecting through the blackened clouds, I didn’t care. That wasn’t how the story was supposed to end!

I Will Never Leave You

As the months passed and with the prayers of dear friends our family began to heal. And slowly but surely I began to allow my heart to trust Him again. Now almost a year down the road, I can see the picture a little more clearly, the whys are less bold. The pain is still there, a little lighter maybe. But my faith is stronger than ever. Even though I was angry and pushed Him away, He never left my side. Always holding my hand. His word promises that “I will never leave you” and he won’t. He is faithful and true.

Faith Shines Brightest In The Darkness

Faith Shines Brightest In The Darkness… The darkness serves a purpose, to show you just how much your faith can withstand. I found mine lacking when I needed it most. You know the best thing about pain? It makes you stronger. I may never understand exactly why the boys were put into our lives. Maybe to open our eyes to the things that break His heart.  Show us how many children in our community not just in third world countries that need help. Or maybe it was to change us. Or maybe I will never completely understand.
They taught me so much, about trust, loving until it hurts, finding joy in the littlest things, that dirt can wash off but the memories will last a lifetime, that life is too short to be normal in public (go ahead stick your tongue out) Ironic, what children can teach us isn’t it? This August C- will be four, D- will be 1 1/2.

Before You Go Check Out These Other Posts