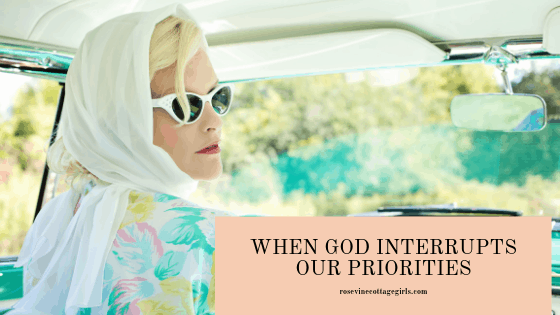 I’m a planner,  I like lists to keep all of my priorities straight. But have you ever noticed in the Bible His priorities aren’t always what we think is most important?

A good example would be Mark 5:21-34, Jesus is on His way to Jairus’s house to heal his daughter. He was a synagog leader, he was an important member of society, he came to Jesus begging for Him to come to his house and heal his little girl. Our hearts naturally go out to Him. What decent parent wouldn’t do everything in their power to save their child? And yet Jesus stops, for someone we’d consider less important. A lowly nameless woman in a sea faces urging him on, to quicken His step so He won’t be too late. Ignore the slight pull on your hem, the little girl needs you. How often do we urge Him on, to meet our priorities instead of seeking out His?

At this moment she was His priority. He searched out the outcast, the unwanted with one last shred of hope lost in a sea of clamoring people. His priority at this moment is to show the people a deep revelation of himself but to do that He had to upset their priorities. 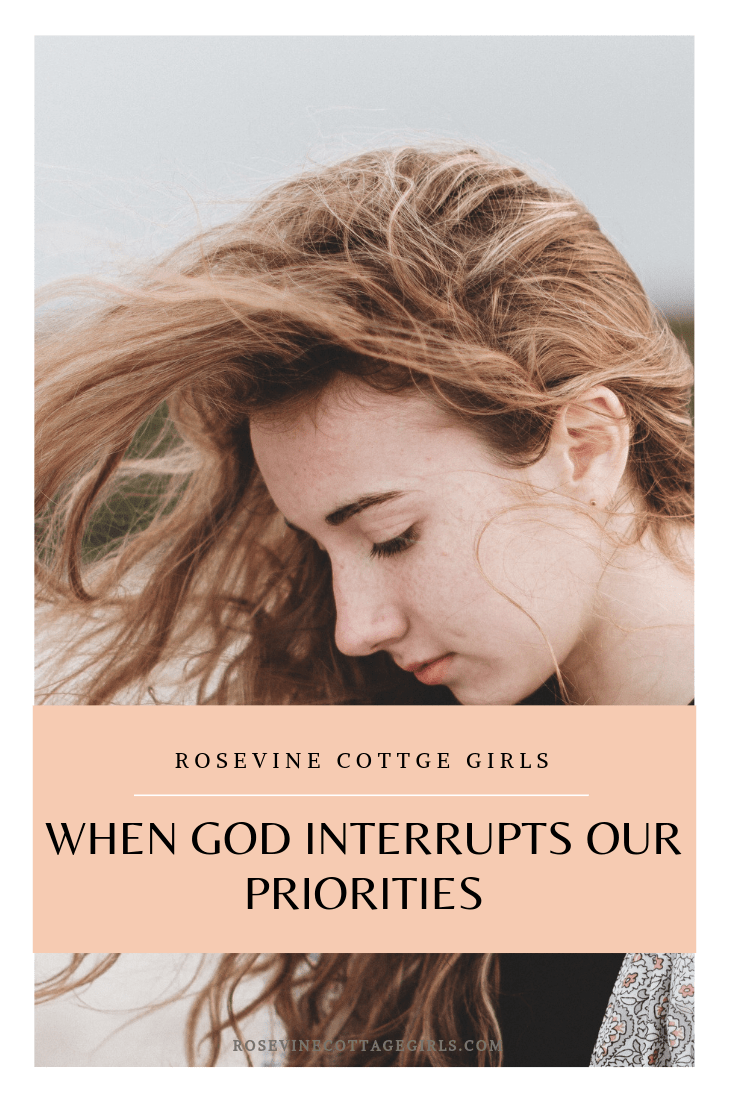 She was desperate for Him, so she wove her way through the crowd pressing in around Him, needing Him, but convinced she wasn’t worthy of His attention. There were greater needs, more important people, who was she to borrow His attention for even a moment.

Like a child eager to be near their parent so they crawl beneath their desk just to be near she slipped up behind Him and gently touched the very edge of his cloak- and suddenly he turned. Frightened she tried to melt back into the crowd, but He searched her out until she fell at His feet. Trembling, unworthy to have his full attention, not important enough for Him to stop on His way to save the little girl. Feeling the eyes of all those around her, she tells Him her story. I wish I could see the look in His eyes as they fell on her. The love that would be there. 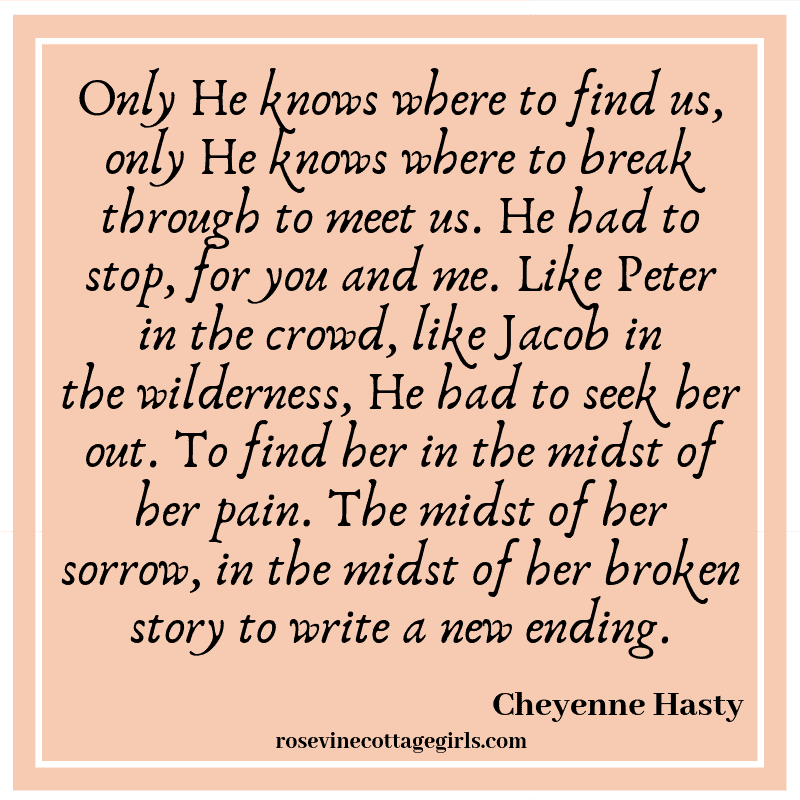 Can you see her? The moment that she dared to lift her eyes to His, terrified of what she might see- and finding only love as He called her daughter. 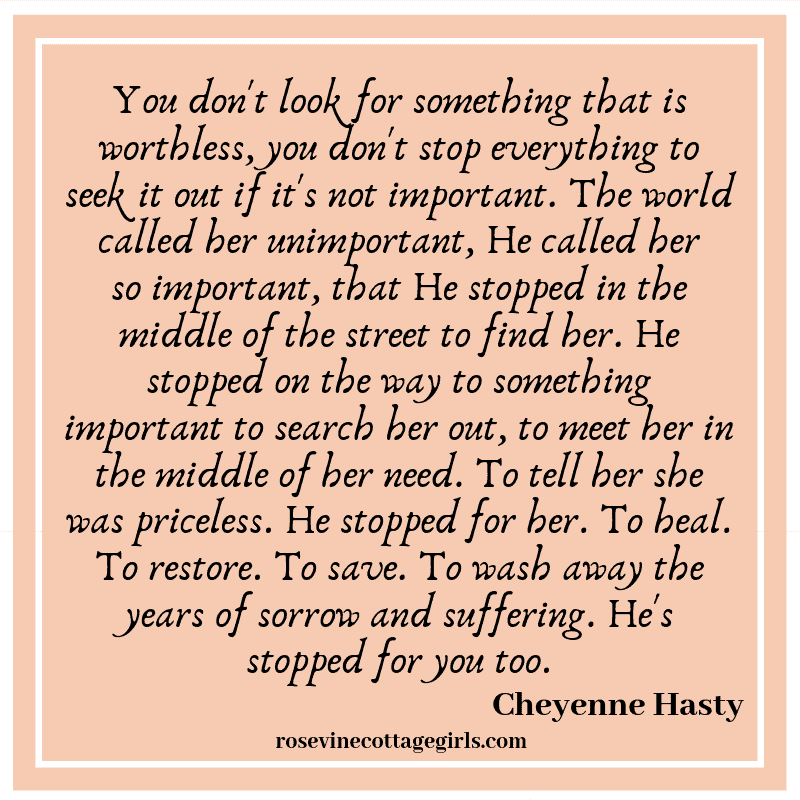 You don’t look for something that is worthless, you don’t stop everything to seek it out if it’s not important. The world called her unimportant, He called her so important, that He stopped in the middle of the street to find her. He stopped on the way to something important to search her out, to meet her in the middle of her need. To tell her she was priceless. He stopped for her. To heal. To restore. To save. To wash away the years of sorrow and suffering. He’s stopped for you too.

He stopped everything and went to the cross so the He could step through time and eternity to meet you right where you are. Are you like this nameless woman in the dusty ancient streets of the new testament desperate for Him? But scared to step out of the crowd and get His attention. Longing for Him, but scared of rejection yet again?

Sister, don’t be frightened, He’s here in this moment for you. Draw close and touch the edge of His garment, you already have His full attention. Step into His presence and let Him restore what has been lost.

Keeping The Faith When Life Hurts
The Lord Is In This Place
Joy To The World: Preparing Our Hearts For Christ

0 thoughts on “When God Interrupts Our Priorities”