Life isn’t about waiting for the storms to pass, it’s about learning to dance with Him in the rain.

A few years ago my sister woke up on the couch to the sound of water dripping. Further investigation revealed that one of the second story toilets had overflown and was now dripping through the living room ceiling all over our new living room furniture. That night the house sounded like a large plane was parked in the living room and yet another one was in the upstairs bathrooms. On top of this our air conditioner was out and the days were in the low hundreds, so everyone was camping out in the master bedroom. It was loud, it was hot and it was crowded. For a couple of months it felt like just everything that could possibly go wrong had gone wrong.

My parents and grandmother, we’re in a car accident.

I remember laying on the twin size mattress on the floor, exhausted- spiritually and mentally. All I wanted to do was curl in a ball and sleep (but it was way too hot and loud to sleep). It pushed me to the point that all I could pray was please just make it stop! We had a small radio sitting on the floor in the corner so we could listen to music while we did school. It was set on a Christian music channel and this one song by Mandisa kept coming on. Part of the lyrics go something like this

“You got to hang on just a little bit longer, the pain isn’t going to last forever, it’s only going to make you stronger…”.

I learned through that whole experience that He teaches us through the pain and the suffering. He gives us more that we can handle over and over so that he can grow us. After all of that, I realized that I was closer to Him than ever before.

I have told you all this so that you may have peace in me. Here on earth you will have many trials and sorrows. But take heart, because I have overcome the world. John 16:33 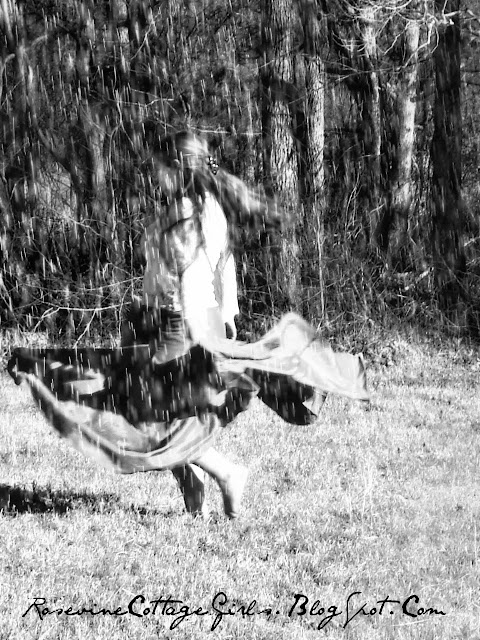 This year at the minimum has been ok, at the worst its been a nightmare. If you knew me really well you would realize very quickly that I like knowing every detail before I get into a situation. I don’t really care for surprises (not even the good ones) they make me nervous. You could probably say that I like being in control, but which one of us doesn’t? From my grandmothers health issues to having to put my dog down. Its been stressful. Its been filled with many tears and “Why’s”. I’m like a small child asking an adult why the color red is red. Or why they have to go to bed.  But I’m learning as our family faces more trials, that I don’t have to see the entire staircase I just need to see the step in front of me.

I’m getting better at giving it over to Him and being satisfied with just letting him take care of it while I follow in His footsteps. What ever he wants to happen is going to happen, and as big as I think my will is it is nothing compared to His. I may not understand why my dog had to get Kidney Failure, or why we had to put him to sleep three days after finding out. Or why I have eleven siblings in heaven. Or why innocent people have to get hurt. Or why this summer turned out the way it did, Or why my Grandmother is having mini strokes and the doctors don’t know how to stop it. Or why or neighbors have to be jerks. But that’s OK. Someday I will and will all make since.

In church Sunday the pastor was telling a story of a man who went to heaven and he saw his whole life mapped out in foot prints.

In the beginning his foot prints went in all different directions, then he saw two sets of foot prints, one really really big and the other tiny in comparison. Slowly the foot prints began to follow the second, sure they were spots where they would veer off in another direction for a time and then they would come back to the large ones. In some places deep ruts marred the sand. Then as time went by they straightened so that the matched the others and grew closer until the smaller ones appeared inside of the larger ones so that only one set formed across the sand. And the smaller ones began to grow and fill the larger ones.
Then much to the mans distress, two sets appeared again, but they weren’t straight like before. They were strewn haphazardly across the sand like in the beginning. The man turned to God and said “I understand part of it. In the beginning where the foot prints are in all different directions is before I knew you. Then as I accepted you into my heart my foot steps began to straighten, but still there were times when I chased other things. The deep ruts are where I stumbled. But as time passed I began to become more like you and our  foot prints began to come closer as I began to walk closer to you, until finally my foot prints were on top of yours…”
“That’s correct,” God replied. “But what happened there where the foot prints are in all directions? Did I walk away? Did I stumble? What did I do?” And God replied “No, you didn’t fall, or stumble, or walk away. That’s where we danced,”

I think life is about learning to dance in the rain so that when the sun comes out it will be even more beautiful. It’s easy to praise God in the sunshine, but its hard to when the rain is pouring down and your heart is breaking.